Microsoft has announced that the Release Candidate version of Windows 7 will be available to the public as a free download on May 5. Microsoft will let users run the fresh-baked Windows 7 Release Candidate for a full year – through to June 2010, to be precise! So you can not only put Windows 7 through its paces on a day-by-day basis, you can do so for the next 13 months.

This means the release candidate will still be valid for some six months after the Windows 7 goes on sale, which is tipped for late October or early November 2009.

Earlier, in Jan 2009, Microsoft had let users download Windows 7 beta for FREE and that will expire in August 2009. So, having the latest RC version of Windows 7 (which is almost finished) should be a boon to everyone who would like to test-run it for as long as 1 year.

Microsoft is clearing wanting to give users plenty of ‘quality time’ with the new OS, perhaps with the hope that the longer they run Windows 7 for free the more likely they’ll be to stick with it and hopefully buy it next year. 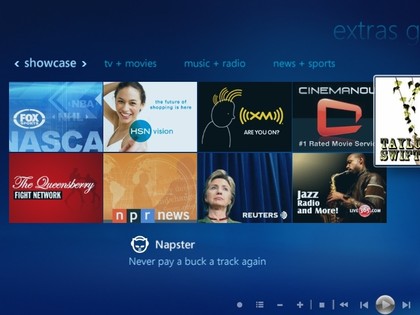 Free download of Windows 7 RC was made available to MSDN and TechNet subscribers from April 30th onwards. But from May 5th, it will be available for public download on Microsoft site. There is no limit to the availability and it will run till June 5th 2010.

Microsoft’s notes for the release candidate

* You don’t need to rush to get the RC. The RC will be available at least through July 2009 and we’re not limiting the number of product keys, so you have plenty of time.
* Watch the calendar. The RC will expire on June 1, 2010. Starting on March 1, 2010, your PC will begin shutting down every two hours. Windows will notify you two weeks before the bi-hourly shutdowns start. To avoid interruption, you’ll need to install a non-expired version of Windows before March 1, 2010. You’ll also need to install the programs and data that you want to use. (Learn more about installing Windows.)
* Protect your PC and data. Be sure to back up your data and please don’t test the RC on your primary home or business PC.
* Tech details/updates: Before installing the RC, please read the Release Notes and Things to Know for important information about the release.
* Keep up with the news. You can keep up with general technical information and news by following the team blog. And, you can get non-technical news, tips, and offers by subscribing to the monthly Exploring Windows newsletter.
* Keep your PC updated: Be sure to turn on automatic updates in Windows Update in case we publish updates for the RC.
* Installation: You can install the Windows 7 RC on a PC running Windows Vista without backing up the PC—but we encourage you to make a backup for safe keeping. If you’re running Windows XP or the Windows 7 Beta, you’ll need to backup your data, then do a clean installation of the RC, then reinstall your applications and restore your data. If you need to do a backup, please see How to back up your PC for more details and a suggestion for how to backup a PC running Windows 7 Beta or Windows Vista.