Spotify, arguably the most popular desktop music client has officially announced Spotify apps for iPhone, iPod Touch and Google’s Android. Spotify has been the most sought out music app especially in European countries like UK and Sweden. Premium subscribers to the streaming music service will now be able to access Spotify’s catalog on their iPhone, iPod touch, or any of the Android devices currently available. The app also supports offline playback, where tracks are cached in the background and thus can be played back even when there is no network connection, particularly useful for iPod touch owners. You can download Spotify apps for Free!

Currently, Spotify is “invite-only” for other countries like India and US. Few days back I had shared some Free Spotify Invites. 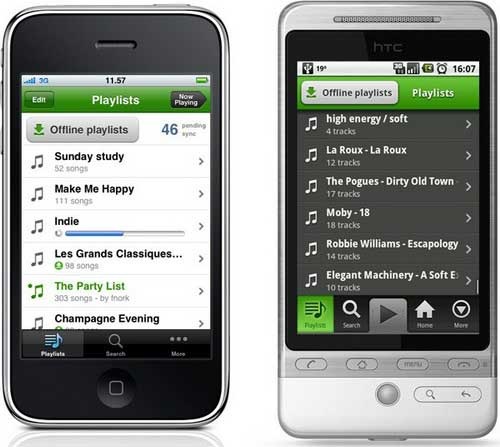 Premium users pay £9.99 ($16.40) in the U.K. for a higher quality, ad-free version of the free ad-funded streaming service. The app will work in areas where there is no network coverage, because of an offline mode that allows users to temporarily cache playlists to their phone for use when there is no connection.

How to Manage Subscriptions on iPhone, iPad, iPod touch, or…
[First cut] iPod Touch 2019: "i, is out of the Pod...and…
The iPod Touch, a great lockdown companion
Want the iPod Classic Back? There’s an app for that!
How to Download Spotify Songs to Local Storage on Android
iPhone 12 mini Touch Sensitivity Issues Fixed with iOS…