AVG has been one of the most popular Free antivirus software for a long time but has always been accused of being too slow and heavy to use. However, starting with AVG 9.0 you will see a lot of difference in both speed and stability. As per the company’s press release – The new version brings “significant enhancements in speed and levels of protection.”

The best known of the free anti-malware products, AVG 9.0 will being to all its users, including those of the free version, identity theft protection through a partnership with Intersections Inc,.

Scan speed is improved by marking safe files so that they are not scanned in the future unless they change. Boot times are also improved and memory usage decreased. The installation has been shortened by 50% and the user interface has been refined as well. 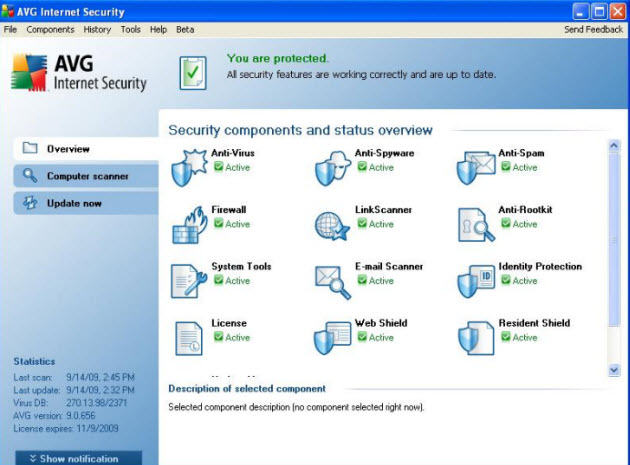 The new suite of software has basic antivirus protection. But it also includes layers of protections such as a firewall, anti-spyware, and Link Scanner. The latter examines the search results in your Internet searches and tells you whether those links are safe to click. LinkScanner frequently updates its scans of a link; that’s important now because many sites are hijacked and what was a safe site yesterday could be a dangerous site today. 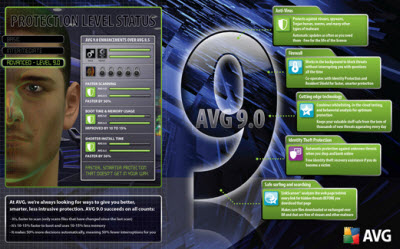 The AVG Identity Theft Recovery Unit is a service that provides access to a team of fraud specialists to AVG customers who feel they may have been victims of identity theft. If indeed they have, the service will review the customer’s credit reports and enroll them in daily credit file monitoring and alerts for 6 months. The customer will also receive assistance in filing all the paperwork necessary to re-establish a clean identity.

The firewall now works faster because it often acts on its own, rather than asking users if they really want to use a software program that they just clicked upon.

A one-year subscription for one PC costs $54.99; buying a two-year subscription costs $81.99. The free AVG version should be available anytime soon (mid-October). So watch-out for this space for the update when it becomes available.

Update: Here it is. The free version is released and made available for general public. Download AVG 9 from CNET

Wondershare FamiSafe: an essential suite of…
New JioFiber Plans: No FUP, Symmetric Speeds, Free…
Free Video Conferencing: Google, Microsoft and…
Looking for Free LastPass alternatives? Here are the…
Asphalt 9: Legends is available for Download on…
How to Download or Migrate Your Photos Away from…