Motorola Droid is the first phone from the DROID series and will be the first phone to be powered by the new Google Android 2.0 operating system and will be available, starting from Nov 6th for $199 (after a $100 rebate) with a two-year contract on Verizon.

Over the last few years, several devices, from the BlackBerry Storm to the Palm Pre, have hit the market hoping to be an iPhone killer, but none of them have so far succeeded. And now, Motorola Droid is hoping to pose a serious challenge to iPhone’s supremacy in the ever-growing smartphone market. 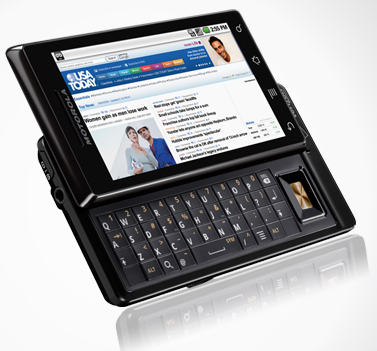 Amongst the wannabe iPhone killers, Motorola Droid is probably the fastest and has one of the best display screens available. So does the Motorola Droid has enough in it to place any pressure on the iPhone?

Droid runs on the TI OMAP 3430 processor, one of the top processors on the market, which is also used in the Palm Pre. In addition to its application-switching capabilities, the TI OMAP 3430 is also a very fast processor. Infact, Droid is pipped as “the fastest Android device till date”.

iPhone 3GS uses Samsung S5PC100 processor which also runs at 600MHz and includes a CPU, a graphics processing and a memory controller all on one chip. Even the iPhone’s processor is capable of application switching functionality, but Apple hasn’t utilized the feature as yet.

Round 1: It’s a draw, though Droid has a slight edge because of it’s application switching capabilities. But Apple can use that anytime.

iPhone’s OS has always been rated high by the experts for its reliability and ease of use. On the other hand, the Android OS is still relatively unknown, being used and tested by different devices and manufacturers hasn’t helped its cause either. Moreover, Android 2.0 OS is being used for the first time in Motorola Droid.

Round 2: For the time being, iPhone operating system is still the best OS around. We need to wait and see if Android 2.0 will match up with iPhone OS.

Many of those who dislike iPhone, don’t like it for the fact that it lacks a physical QWERTY keyboard. Using this to their advantage, Motorola Droid provides its users a full horizontal slide-out keyboard that features broader keys than devices such as the BlackBerry Tour.

Round 3: It’s Motorola Droid all the way. Atleast by the initial reviews and tests, Droid’s keyboard and screen are a notch higher than iPhone 3GS. Let us wait and watch how it works out in real life. 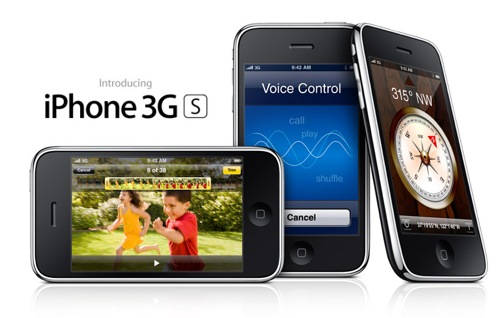 Apple’s app store has been around for few years now and there are more than 95k apps currently and it has served more than 2 billion downloads approximately. Android as well, has an app store, but it is not even comparable to that of Apple’s “as yet”. May be, we will get to see more applications in the coming months, when more and more Android based phones come out.

Round 4: Without a doubt, iPhone wins here.

iPhone 3GS is powered by lithium-ion battery. On 2G network, it can provide a talk time of upto 8 hours, while on 3G network, it provides 5 hours of talk time.

Round 6: Motorola Droid. Though both of them features lithium-ion batteries, Droid wins over iPhone on the basis of talk time. Note that this is just as per the claims made by Verizon and Motorola.

It is very tough to beat Apple on the music and applications front. But looking at the specifications and initial reviews of Motorola Droid, it does have lots of things going for it that previous devices have not. We need to wait and watch if Droid matches up the hype and expectations. If the Droid doesn’t get the basics down, then its flashy extra features won’t mean much.