This was long pending. Google has made the beta release of Chrome for Mac available for download now. The download is available directly from Google and is 17.6MB. It requires an Intel processor and Mac OS X 10.5 or later, but don’t expect complete functionality as the release is still beta-based. 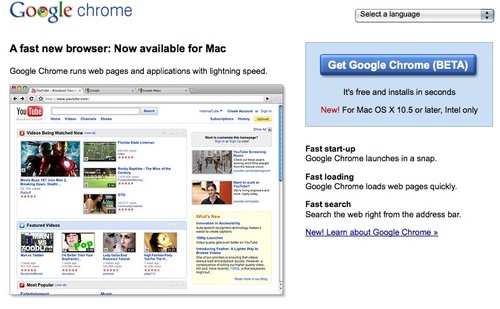 Being beta, you won’t be able to use apps like GMail, but you will be able to take advantage of the speed and stability of the browser. Quoting Brian on Chrome blog

We’ve been working hard to deliver a first-class browser for the Mac — it took longer than we expected, but we hope the wait was worth it! We wanted Google Chrome to feel at home on the Mac, so we’ve focused on uniting our clean, simple design with subtle animations and effects to create a snappy and satisfying browsing experience on OS X. As you might expect, the speed of Google Chrome for Mac is something we’re very proud of. If you have a Mac, try installing the beta and see how fast it launches — there’s hardly even time for the icon in the dock to bounce!

Check out this video demo released by Google Chrome team

This version does not include extensions, bookmark sync, bookmark manager, and cookie manager. Future versions will fill in all the gaps.
Download Google Chrome Mac beta

The same holds good for Linux version of Google Chrome beta, with emphasis on speed and performance.

we also wanted a high-performance browser that integrated well with the Linux ecosystem. This includes tight integration with native GTK themes, updates that are managed by the standard system package manager, and many other features that fit in natively with the operating system where possible. 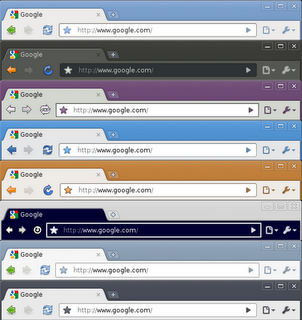 Was this article helpful?
YesNo
TechPP is supported by our audience. We may earn affiliate commissions from buying links on this site.
Read Next
10 Best Chrome VPN Extensions in 2023 [FREE & Paid]
#chrome #chrome for linux #chrome for mac #google chrome