Hot news pouring in. The leaked pictures of Google Nexus one store pages reveal the price of Nexus One phone. Check out this leaked image coming via Gizmodo 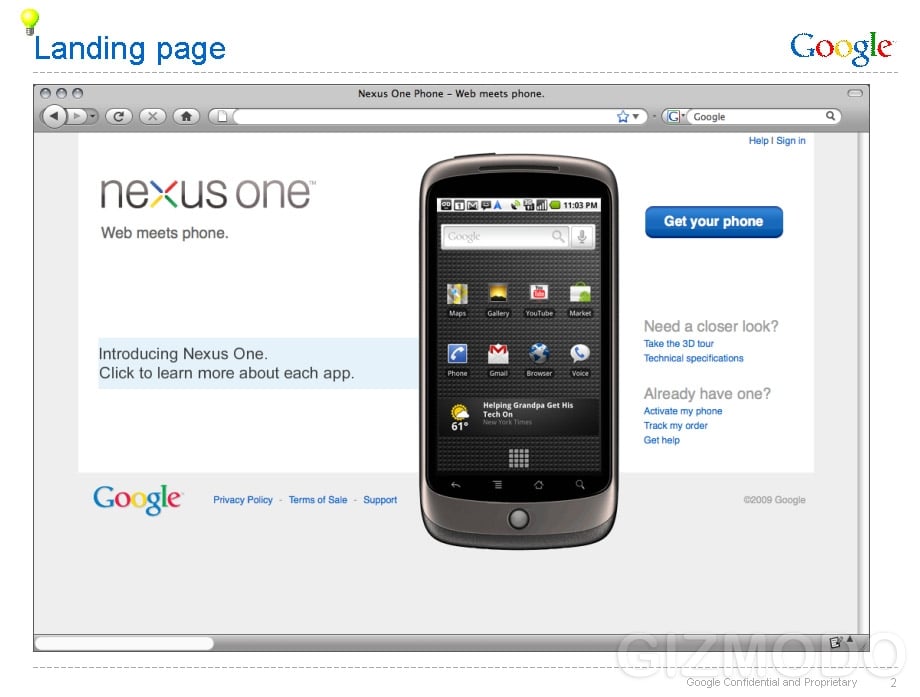 When we jumped with joy when those rumors of Nexus one pricing and release date came in, we were wrong. Google is not selling its phone at the cost price. So it is just another Android phone. If you want it subsidized, you’ll have to sign up for a 2 year mandatory contract and pay $180 for the phone via T-mobile. There’s only one rate plan: $39.99 Even More + Text + Web for $79.99 total.

Most important one is this – If you cancel your plan before 120 days, you have to pay the subsidy difference between what you paid and the unsubsidized price, so $350 in this case. Or you can return the phone to Google. You also authorize them to charge this directly to your credit card. 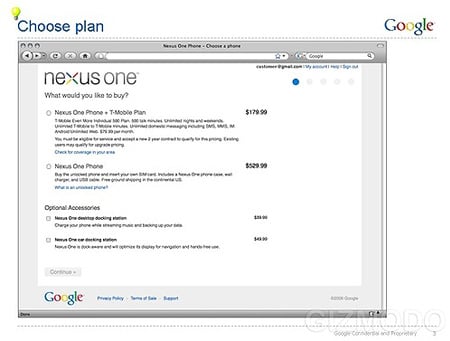 All these leaked info about Nexus one – like release date, price, hands on video, unboxing video and now the store pages seem fishy. They look deliberate and a marketing ploy of Google to build up the hype about the phone. What do you think? Will you be buying the phone via T-mobile or unlocked? Let me know via comment form.

Was this article helpful?
YesNo
TechPP is supported by our audience. We may earn affiliate commissions from buying links on this site.
#Google phone #nexus one #nexus one t-mobile