There’re reports floating around the net about Windows 7 Service Pack 1 and according to rumors, a preliminary version of SP1 will be in June 2010 and will be accessible only to testers, whereas the final version is expected by September 2010. I personally know of many people who have not upgraded to Windows 7 and waiting for SP1 to come out before upgrading to the new operating system.

So, what’s likely to be in SP1? According to ZDNet, top of the list will be all the patches and bug fixes that have been delivered to customers already. If you’re keeping up with patches than you already have these. On top of these patches and bug fixes will be tweaks and fixes based on feedback and telemetry received by Microsoft. “Don’t expect anything ground-breaking here, it’ll mostly be under the hood tweaks.” 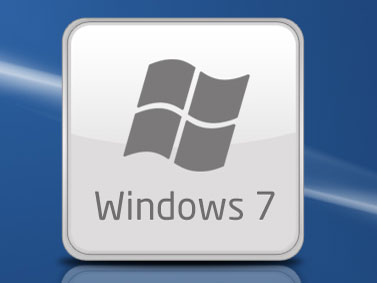 SP1 will also bring with it support for new technologies. USB 3.0 is likely to be at the top of what is, admittedly, a short list. Likewise, enhancements to the Bluetooth and Wi-Fi stacks will be slipstreamed in, allowing Windows 7 to retain its mantle as the most easily configured version ever.

Even though I am personally happy about Windows 7 OS, one must remember that Windows XP and Windows Vista both launched with some pretty hefty issues. XP’s problems weren’t really cleared up until SP2, and Vista needed SP1 desperately in order to turn it from a piece of hateful crap to a fine and perfectly usable operating system.

I am not sure if Windows 7 needs a service pack so soon. If these rumors about Windows 7 SP1 are true, then it seems Microsoft is desperate to prove that deployments can happen on Windows 7, since many in the industry feel that any Windows OS is usable only after SP1 arrives.

Are YOU waiting for SP1?