This coming Sunday, there will be a parade of stars from all music genres from country to pop, hip-hop to rock, world music to classical and it’s going to be the 52nd Grammy Awards Night live and direct from the Staples Center in Los Angeles, CA and will be aired live over HD TV and CBS at exactly 8 pm ET until 11:30 pm ET!!!

A total of 109 awards will be presented at the 52nd Annual Grammy Awards. Also, Neil Young will be honored as the 2010 MusiCares Person of the Year on January 29, two days prior to the Grammy telecast.

Lady Gaga will open the show with a performance of Telephone and one other, unconfirmed song. The performance will include Elton John and Beyoncé. All of your favorite music artists, singers and bands will shine on this night as you watch Grammy Awards 2010 live stream online!! Stars like Beyonce, the Black-Eyed Peas, Taylor Swift, Antebellum, Lady Gaga, Maxwell, Pink, the Dave Matthews Band and Bon Jovi will entertain you with their respective brand of music!!! 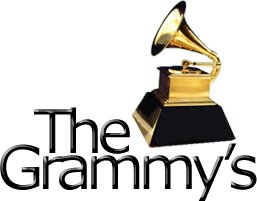 The 52nd Annual GRAMMY® Awards – Sunday, January 31, 8:00pm ET/PT. Streaming would Not be available before that

6. Watch Grammy Awards 2010 live videos online on Sling – If not the live stream, you will find links to the videos during and after the awards ceremony.

7. Watch Grammy awards online for free on Hulu – US only, but you can use some free vpn services to access it.

8. Watch the grammy awards show online for free on TV.com

9. Watch Grammy awards 2010 live videos online for free on TVGuide – check this only if you are looking for videos of Grammy Awards winners and nominees once the awards ceremony ends

Was this article helpful?
YesNo
TechPP is supported by our audience. We may earn affiliate commissions from buying links on this site.
Read Next
How to Watch FIFA World Cup 2022 Online
#watch grammys online #watch online