So, what is Google Buzz?

What is Google Buzz?

Google Buzz is a new social communication tool which is Google’s take on “status updates” on popular sites like Facebook and Twitter. The best part of Google Buzz is that it integrates right into your GMail account. Google Buzz brings the underlying social network feature of Gmail to the surface by automatically setting you up to follow the people you email and chat with the most. 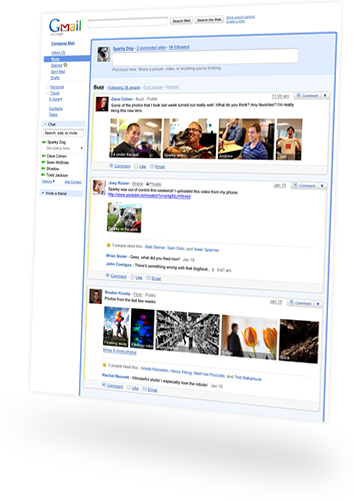 Note: Google says they are still rolling out this feature slowly. In case you are not able to see Buzz in action now, wait for a while.

Was this article helpful?
YesNo
TechPP is supported by our audience. We may earn affiliate commissions from buying links on this site.
Read Next
20+ Best Google Doodle Games You Should Play [in 2023]
#gmail #google #google buzz #social networking