The mother of all film awards is here – 82nd Annual Academy awards, popularly known as Oscar awards (or Oscars) are the awards presented annually by the Academy of Motion Picture Arts and Sciences to recognize the excellence of professionals in the film industry, including directors, actors, and writers. The 82nd Annual Academy / Oscar awards 2010 is scheduled to go live on 7th March 2010 (5PT / 8ET) on ABC and takes place at the Kodak Theater in Hollywood, Los Angeles, California.

It is getting bigger than ever. I suggest you to Watch Oscar Awards / Academy Awards 2010 Live Stream Online. If you can’t catch up on live TV, you can watch the Oscar awards night Online for Free. Some links to the exact streams won’t be available until right before the ceremonies begin. I’ll be updating this list right up to the event so be sure to check back.

Actors Alec Baldwin and Steve Martin will host the show. Martin will host for the third time, while Baldwin will be hosting for the first time ever. The Oscars 2010 nominees were announced on Feb 2nd, 2010. The top nominated films were Avatar and The Hurt Locker, with 9 nominations each.

Just like Oscars 2009, we will be providing the links for live streaming coverage of Oscars 2010. 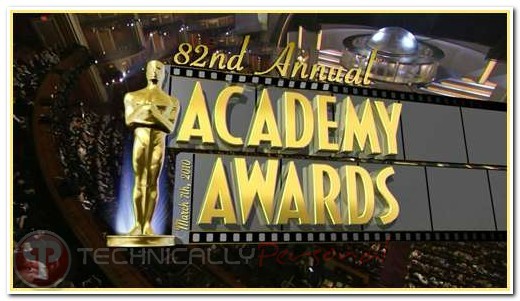 1. Watch Oscars online for Free on AP livestream – Livestream have teamed up with AP to live stream Oscars 2010 online for free.

3. Watch the Oscars 2010 live streaming for free on Associated Press channel – another livestream link which would cover Oscar red carpet event as well.

4. Watch the 82nd Academy awards live online for free on Oscar.com – the official website of the official broadcaster- ABC

8. Watch Oscars 2010 videos online for free on Hulu – If not the live streaming of the awards, you should be able to find some exclusive video clips of Oscars 2010. US only.

11. Watch Academy awards 2010 live videos online for free on TVGuide – check this only if you are looking for videos of Oscar Awards winners and nominees once the awards ceremony ends

13. Watch The Oscars 2010 online for free on Sidereel – no live streaming, but clips will be uploaded after the award ceremony

17. APLive Facebook page – You can watch the Oscars 2010 live on Facebook. Need to be a fan of APLive in order to view the live stream.

More and more live streaming links will be updated just before the awards show starts on March 7th.