The 2010 MTV Movie awards, a popular movie awards show presented by MTV, is scheduled for this Sunday June 6 2010. MTV Movie awards also contains movie parodies that used official movie footage with hosts and other celebrities and music performances. The nominees are decided by producers and executives at MTV. Winners are decided online by the general public. Presently voting is done through MTV’s official website through a special Movie Awards link at movieawards.mtv.com. 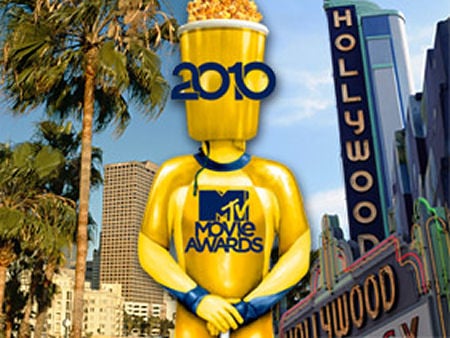 The 2010 MTV movie awards will be held in Los Angeles, California. Aziz Ansari will serve as a host for the 19th annual ceremony. Tom Cruise will present as himself and portray the fictional Les Grossman from Tropic Thunder, who acts as the ceremony’s producer. Other performers include Christina Aguilera, Katy Perry and Snoop Dogg. MTV Movie awards start time is set at 9PM ET and 8PM central.

If you consider yourself a movie fan you should absolutely watch 2010 MTV Movie Awards live stream online for this years’ lineup is better than ever. While the Oscars and the Emmys provide some highly prestigious awards to the table, the MTV Movie awards are all about having fun and choosing the fan favorites – not the critic favorites. The 19th annual MTV Movie Awards should be a blast from start to finish.

IPL 2022 Live Streaming: How to Watch IPL Live in India, US,…
10 Ways to Watch UFC Online for Free!
8 Ways to Watch Oscars 2022 Online for Free
The Massive Lesson that the 2021 iPhone Photography Awards…
Looking for show or movie recommendations? Here's…
Top 10 Websites to Watch Anime Free Online in 2022