If you are in US, India, UK and other countries, when you buy an iPhone, Apple ties up the iPhone 4 device you are buying to a local telecom provider like AT&T, Vodafone, O2 or Airtel. The service providers in turn subsidize the price of iPhone 4 by more than half of its actual price. But in turn forcing you to sign a contract (usually 2 years) to use their voice and data plans.

We had earlier written a guide on where to buy unlocked iPhone 3G/3GS for cheap price. There we had mentioned how and why buying legally unlocked iPhones in Hong Kong Apple store is the best and saves you money as well.

iPhone 4 purchased at the Apple Online Store can be activated with any wireless carrier. Simply insert the SIM from your current phone into iPhone 4 and connect to iTunes to complete activation.

As I mentioned earlier, since they’ve been unlocked at the factory, these iPhones can always be updated and they’re covered under standard Apple warranties. This is because, in countries like Hong Kong, New Zealand and Australia, it is illegal for Cell phone companies to mandate their customers to have a contract with any ONE service provider. So, if you ever touch down at Hong Kong airport or Australia or New Zealand for a holiday or business trip, don’t forget to grab a Factory unlocked iPhone 4 from the local Apple Online Store. 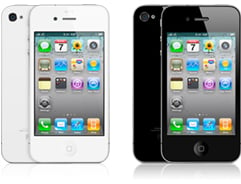 If we go by the prices of iPhone 4 in US, which are exactly same as those for iPhone 3GS models (whose prices were reduced after the launch of iPhone 4), we expect the cost of factory unlocked iPhone 4 in Hong Kong to be-

Beside HK, Apple stores in NZ and Australia might also get iPhone 4 but at not-so-cheap prices, as the service providers are only authorized to unlocked iPhone 4. The approximate expected prices of iPhone 4 are

Keep a tab on this post for updates as and when official prices of iPhone 4 factory unlocked versions are announced.

Update 1: Surprise!! surprise!! Apple has announced unlocked iPhone 4 in UK, France and Canada at not so pleasing prices