The latest report from Royal Pingdom on the real-world connection speeds throw some interesting stats about the net speed across the world.

The data for the report was provided by Akamai, who is the world’s largest CDN provider. As the report points out, this data is very important for web publishers as they can get an idea of what kind of Internet connection speeds their customers are likely to have in different countries.

The below image details the average connection speeds of the top 50 countries on the web. 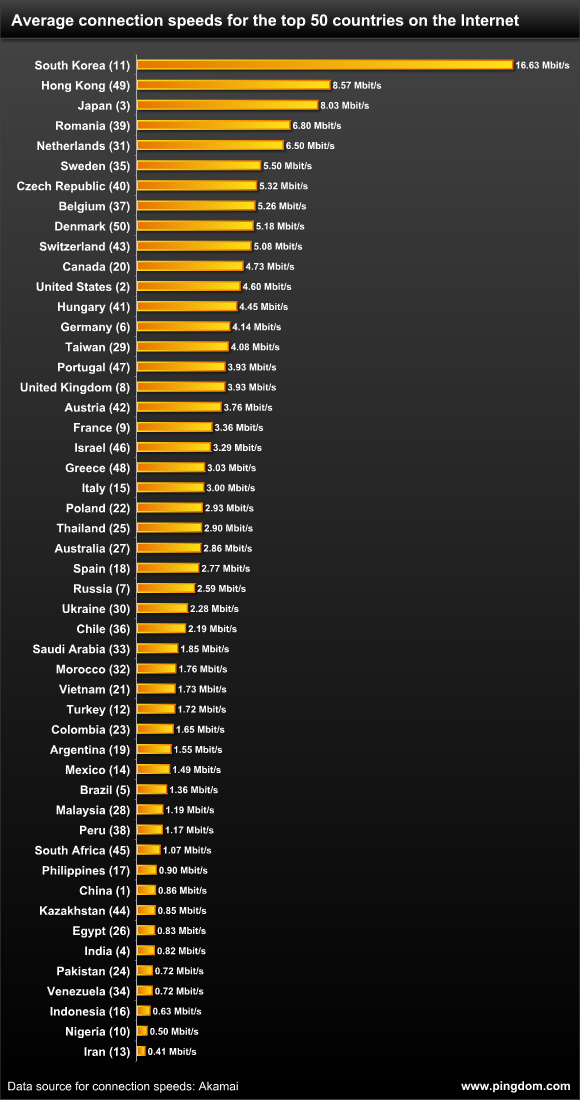 As you can see from the image above, South Korea leads the pack with a staggering average connection speed of 16.63Mbps, which is way ahead of the second placed Hong Kong.

The average connection speed for Internet users worldwide, not just among these 50 countries, but all countries, is an average of 1.8 Mbit/s. As an average, this is actually pretty good, but as you’ve seen, there are plenty of extremes in either direction. 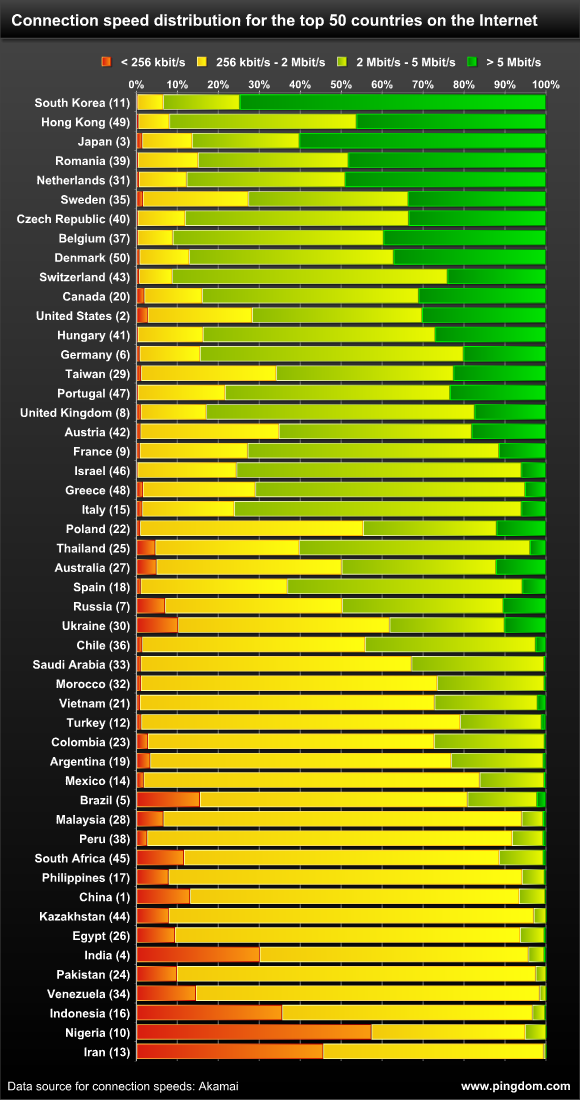 Do let us know how does your own connection measure up.

Steps Involved in Serving the Latest Android Update to Your Smartphones [Info...
Read Next

Best Internet Speed Test Services (Websites and Apps) to Use…
10 Essential Offline Apps (Android and iOS) for When You…
Ather 450X Electric Scooter with 80 kmph Top Speed and 85 km…
[Review] Anker PowerCore Speed 20000 PD: Pricey, but…
How to Speed Up Your Web Browser and Prevent it from Slowing…
Farewell IE: Ten things you might not know about Internet…