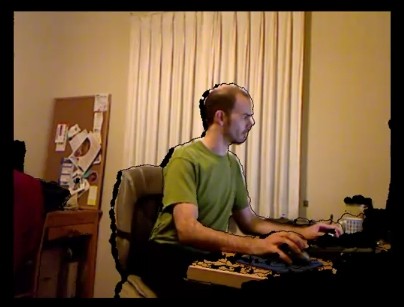 Not even a fortnight since Microsoft’s Project Natal aka Kinect launch, hackers & developers have managed to break the Kinect code and forge an open source driver. Now, the real experimentation have begun.

The latest concept being demoed on YouTube, comes from Oliver Kreylos has developed a C++ implementation of Kinect that allows for 3D reconstruction of a room using a single Kinect system.

By combining the color and the depth image captured by the Microsoft Kinect, one can project the color image back out into space and create a “holographic” representation of the persons or objects that were captured. Some extra details picked up from Oliver’s page gives fodder to the geeks & techies-

Based on the reverse engineering work of Hector Martin (@marcan42 on twitter and YouTube). I didn’t use any of his code, but the “magic incantations” that need to be sent to the Kinect to enable the cameras and start streaming. Those incantations were essential, because I don’t own an Xbox myself, so I couldn’t snoop its USB protocol.

Kreylos has some pretty big plans for his solution, the next step being to actually combine real and computer-generated imagery into a single feed, practically turning the Kinect into a tool for creating an augmented reality environment.