The growth of Google’s Android Operating System for mobiles has been beyond all expectations. As per Gartner’s Report, Android accounted for 25.5 percent of worldwide smartphone sales, making it the No. 2 OS, just behind Symbian. Exactly a year ago Android’s market share was 3.5 percent. Growth driver for Android is that it has been adopted by all major handset manufacturers in the world (except for Nokia, Blackberry and Apple, who have their own OS). Another key growth driver, is the availability of Android mobiles across all price segments and form factors (both touchscreen and QWERTY mobiles). 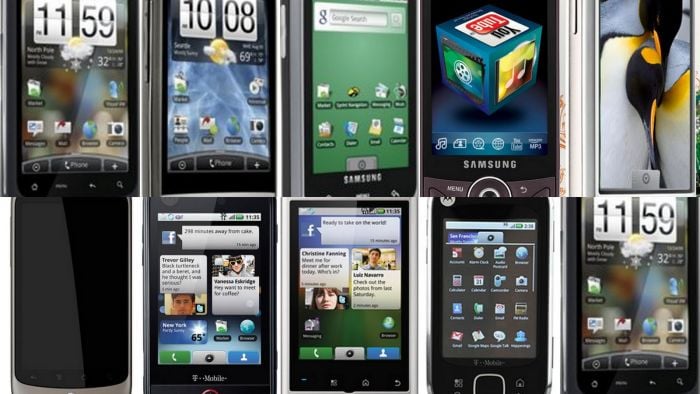 In India also Android is gaining popularity which is evident from that fact that we now have around 30 Android mobiles available from as low as Rs. 6,749 to as high as Rs. 35,999. Following is a list of 10 best Android phones available in India across different price segments.

There have been some very exciting developments in the android phone market since I had written this article. The update in this list reflects changes necessitated by

With significant market shares and a flurry of new launches, it maybe the best time for you to join the Android bandwagon now more than ever. The launch of Ice Cream Sandwich mobiles in the market and recent price changes has made Android phones more affordable as well as more exciting than ever before. Here’s a list of the 10 Best Android Phones to buy in India as on April, 2012.

Spice Mi 270 is an entry level Android phone targeted towards the youth. For its entry level price it packs quite a punch with 3.14 inch display and 600 MHz processor. It runs on Android 2.2. It comes with Wi-Fi and 3G and supports full Social Networking, Email and Messaging capabilities. It has a 3MP camera which has decent photo quality. The phone is the most affordable smartphone in India with a price tag of only Rs. 2,999

Samsung Galaxy Y is the ultimate entry-level smartphone in India. It is packed with many features like 832 MHz Processor and 512 MB RAM. The phone runs on Android 2.3 Gingerbread. The touchscreen is 3.14inch QVGA and the camera is of 3.15 megapixels with Geo-tagging feature. There is a powerful Li-Ion battery of 1300 mAh that gives a talk time of 9 hours. The internal memory of the phone is 160 MB which is expandable up to 32 GB. The phone supports 3G, Wifi and even has hot spot functionality. Samsung Galaxy Y Duos is a perfect deal for an entry level smartphone, providing all top features with a quality build. The phone is available at the price of Rs. 8,499

This one is another great entry-level smartphone. With a pebble shaped body and metallic panel on the battery cover this one is almost irresistible by looks. The phone has 3.12 inches screen, runs on Android 2.3 Gingerbread powered by a 600MHz processor. This phone has Wi-Fi and is also 3G enabled. The camera is of 3.15 MP and 90 MB of internal memory is expandable up to 32 GB. You can get this one at just Rs. 7,990.

This is the segment where we have the most competition with maximum number of Android phones.

Samsung Galaxy Ace Plus is touted as one of the best Android phones in the mid-range segment. The phone offers the perfect blend of features and affordability to the typical customer. The phone runs on Android 2.3 Gingerbread and is powered a huge 1 GHz Scorpion processor with 512 MB RAM. Samsung Galaxy Ace sports a 5MP camera with LED Flash and Geo tagging features. The phone provides the best array of features among mid-range phones and is extremely popular among consumers. You can own this one for Rs. 14,499

This one is loaded with variety of features. This 5 megapixels camera phone runs on an Android 2.3 Gingerbread operating system and has a 1 GHz Scorpion processor. The phone also has 512 MB RAM. One unique feature about this phone is that you can take 3D sweep panorama pictures that can be viewed on a 3D television on multi-angle 3D display. The presence of Geo-tagging feature, Accelerometer, Proximity center make it highly irresistible. Sony has made a great multimedia smartphone for a price of Rs. 16,199

Motorola Defy Plus is famous for being the most rugged and tough phone in the market. It is armed with Gorilla Glass Display which makes it scratch resistant and water resistant. It runs on Android v2.3 operating system and possesses a 1 GHz Processor with 512 MB RAM. This Motorola smartphone also houses 5MP camera with an LED flash and digital zoom. This Wi-Fi and 3G enabled phone has an internal memory of 2GB which is expandable up to 32 GB. This one’s available at Rs. 14,099

For the music lovers this touchscreen phone is a boon. It runs on an Android v2.3 (Gingerbread) OS which can also be upgraded to to v4.0 (Ice Cream Sandwich). The phone has a RAM of 512MB and features 3.2-inch HVGA touch display screen with 320 x 480 resolutions. The camera is 5 MP with touch focus and LED flash light and 1 GHz QUALCOMM Scorpion processor and Adreno 205 GPU make it a powerful phone. Just like some other phones of Sony Ericsson this phone also allows you to take pictures with 3D Sweep Panorama and view them on a 3D TV or on the multi-angle 3D display. All this for just Rs. 13,093

HTC Sensation is a top end smartphone from HTC which like its name is a sensation in every aspect. This phone runs on Android 2.3.3 (Gingerbread). The phone sports a giant 4.3-inch display having resolution of 540 x 960 pixels (qHD resolution) and is extremely sleek. The phone is not just a beauty on the outside, but also a beauty on the inside with a 1.2GHz dual processor and the new HTC Sense v3 UI. The phone also features a 8MP camera with dual LED Flash and auto focus. Needless to say the phone runs on 3G and 2G networks and has Wi-Fi capability. You can own this one for Rs. 22,000

Samsung Galaxy S2 is the successor to the popular / acclaimed Galaxy S. It comes with a brilliant 4.3 Inch Super AMOLED Plus display and runs on a super fast 1.2 GHz Dual core processor and 1GB RAM. OS is Android 2.3 with Samsung’s new TouchWiz 4.0 UI. It comes with a 8 MP camera capable of Full HD (1080p) video recording. It supports Full HD view playback and HD gaming experience. This is one the best top end Android phones available in the market today. Samsung Galaxy S2 is available at Rs. 27,399

Samsung Galaxy Note N-7000 is also one of the best top end Androids available in the market. It comes with a brilliant 5.3-inch HD Super AMOLED Touchscreen that helps you view pictures, videos, files and more with crystal clear clarity. The Samsung Note runs on an Android v2.3 (Gingerbread) operating system and also possesses a 1.4 GHz Dual Core ARM Cortex-A9 Processor. The phone has a powerful 8 MP camera with a LED flash which takes the pictures of high quality. Features like presence of Accelerometer, Digital compass and Barometer sensor make it an instant hit among the consumers. This phone is available at a price of 27,646. This drool-worthy isn’t the one to skip!

This was a guest post by Sitakanta who is running a mobile and price comparison engine for books and mobile phones. The prices mentioned above are taken from the android mobile price list available at Mysmartprice.com. The prices on the above page are refreshed every 48 hours based on the best price across 6 online stores in India. Please give mysmartprice.com a spin and share your feedback with him at sitakanta[@]mysmartprice.com

Updated Google Nest Mini Launched in India for Rs 4499
The Best Redmi 5G Phones You Can Buy in 2022
Samsung Galaxy S22 Ultra Long-Term Review: The Updated,…
Six phones that could unsettle the OnePlus 8 in India
Even this 5-year-old iPhone will get updated to iOS 14
Amazon announces updated Fire TV Stick and an affordable…