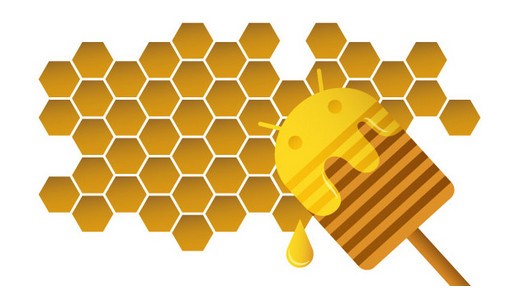 Google has started this new year with a new version of its hugely popular Android platform, Android 3.0 aka Honeycomb. It was showcased to the world in Consumer Electronics Show (CES) Las Vegas. Developed particularly for large screen sized devices dubbed “Android for Tablets”

Google has amazed everyone with the newly added features & functionality. Here is a list of top 10 new features in Honeycomb.

The user interface of Honeycomb is a complete overhaul of what we have seen of Android. The app page looks sleek like Apple iOS.  When asked by Engadget about Google’s hiring of Matias Duarte from Palm during the Dive in mobile presentation whether “he is going to clean this up?” Rubin replied, “I think you’ll see the fruits of that investment soon.”

Have a look at the video below & drool on the goodness of the user interface of Honeycomb:

The default browser has also got totally improved interface with Chrome like tabbed browsing & bookmark syncing, incognito mode, auto form filling and many other features.

This is the most awaited feature of many Android users. It was highly expected to make its inroads in Android 2.3, Gingerbread, but there we have it in Honeycomb. Envy Apple users because we can do it over 3G as well.

Providing access to over 3 million Google E-Books in a cool new interface & with page turn animations, this will be well served in tablets form factor. Have a look at the video and we are sure you are gonna love it.

One of the thing Andy Rubin explained at ‘D: Dive in Mobile’ event was the device detection APIs, which allows application developers to design single app targeted at both lower density screens and tablets. There is also supports to other new sensors like barometer along side accelerometer, magnetometer, gyroscope and an ambient light sensor. 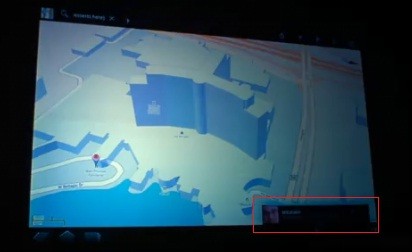 Android has always been a multi-tasking operating system since its inception, Google has improved it in every iteration but still it was limited in various aspects. With Honeycomb, they have finally done the way it is to be done right. Task Switcher can be initiated from a button in the bottom taskbar no matter where you are in the operating system. It displays visuals, thumbnails with last saved state of the opened application. To switch to any application just click on it & you are good to go. 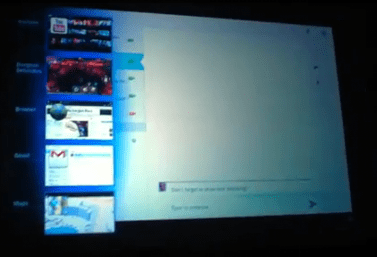 According to Google, “the Android soft keyboard is redesigned and optimized for faster text input and editing. The keys themselves are reshaped and repositioned for improved targeting, making them easier to see and press accurately, even at high speeds.”

This is what is needed to take full advantage of large screen state provided by Tablets. Google explains that they call them “Fragments” & the entire screen can be divided into multiple segments & each segment can perform different function.

Gmail app showcased by Google looks sweet which is divided into 2 panes, one for a list of emails & the other is a preview windows. This will surely increase productivity.

Versions prior to Honeycomb are not suitable for tablets as stated by Google itself. Moreover, the Market terms & conditions didn’t support any device which didn’t have phone capabilities. Now Google Market will be available for all devices running Honeycomb regardless of their phone capabilities.

We are sure there are many more things yet to be discovered about Honeycomb & you can rely on us to be updated as soon as we get any word out about them.

Was this article helpful?
YesNo
TechPP is supported by our audience. We may earn affiliate commissions from buying links on this site.
Read Next
How to Use Android Phone as Webcam for PC
#android #android 3.0 #android tablets #Google android phone #honeycomb features