We are at the Airtel 3G launch event happening at ITC Gardenia in Bangalore where they have just announced the launch of Airtel 3G service across Karnataka. It might sound ridiculous to our international readers, but the fact of the matter is, here in India, we are jumping around to see 3G on our mobile devices when our counterparts in the west are almost ready with 4G LTE. but then, having a pie late is better than never having it, isn’t it? 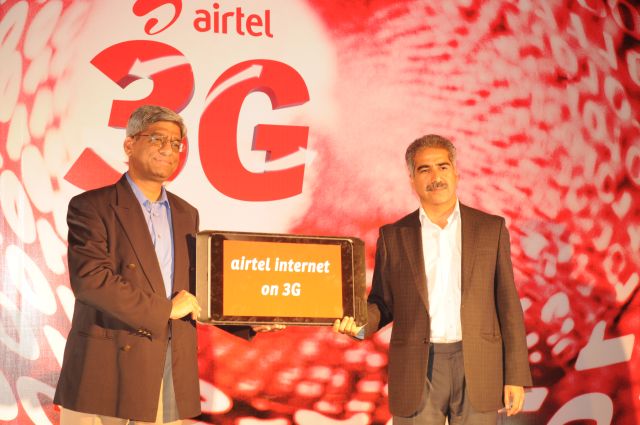 We do not have the exact plans yet. From what we know so far, the 3G data plans are extremely disappointing. The onus seems to be on the customer experience and not on the pricing. During the press meet, Airtel CEO, Mr.Sanjay Kapoor, kept iterating this and made sure that they are not going for any price-wars at this time. So do not expect any cheap plans for now.

The screenshot gives an idea. 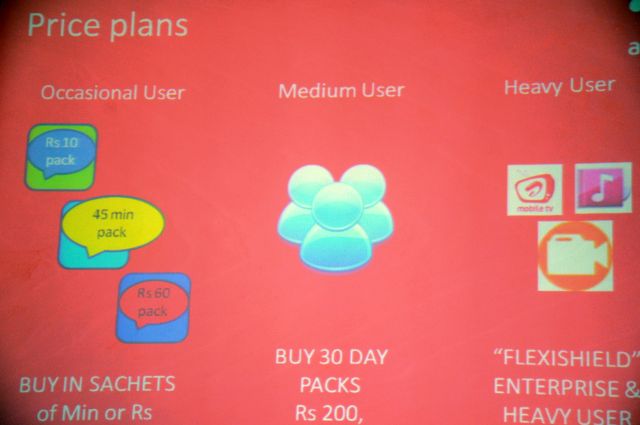 Airtel has introduced an useful app – Internet Usage tool which helps users predict their approximate 3G data usage for carrying out the activities of their choice. This will be particularly useful for non-techies. 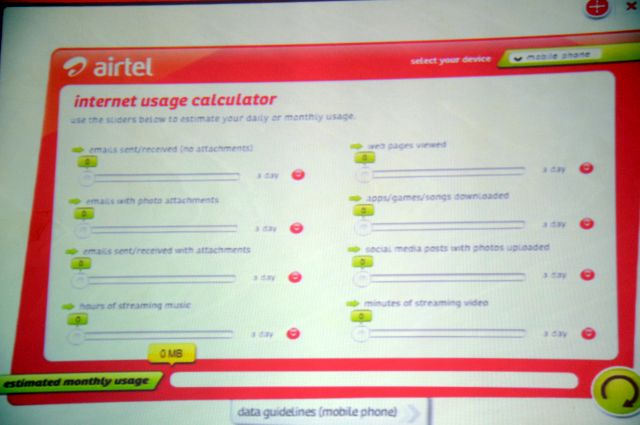 This is specifically designed for Heavy users and enterprise users. At Rs. 650 per month, users can use 1.5GB of data for free and then a flexible usage price kicks in where in they will be charge 10 paise per MB till the ‘Customer Expense Shield’ price is met.

Customer Shield Price is the price set by the user to be the maximum cost he can afford to pay for 3G per month. In the example below, it is set for Rs.2000. So, user will be charged at 10paise per MB till 14GB which equates to Rs.2000. After the bill cap, bandwidth will be throttled to 128kbps and it will be free of cost. 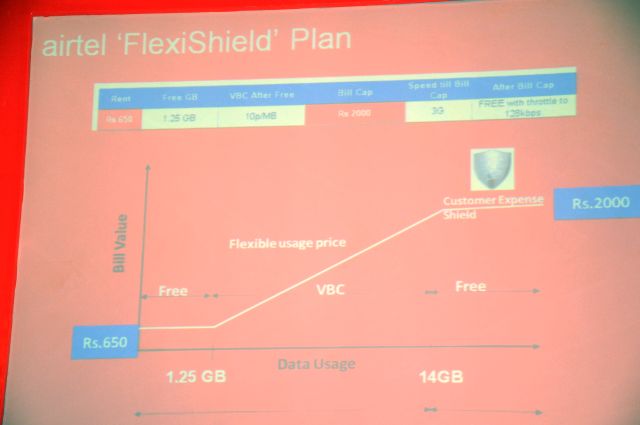 Update: Having seen the official price list, it seems users will not be able to choose the Max bill pay cap and it is set to Rs. 2000 by default. That is really bad. We can hope that Airtel changes this soon. Even the speed after the bill cap is reached is set at 20kbps according to their mail, which again seems ridiculous.

We know about the “sachet packs” details for now. The official Airtel 3G data plans are expected by 4pm today, so keep a watch on this post.

There are no unlimited plans as such, which is a bummer for sure. The Airtel CEO kept it clear that their point of focus is not in the pricing but with the user experience. 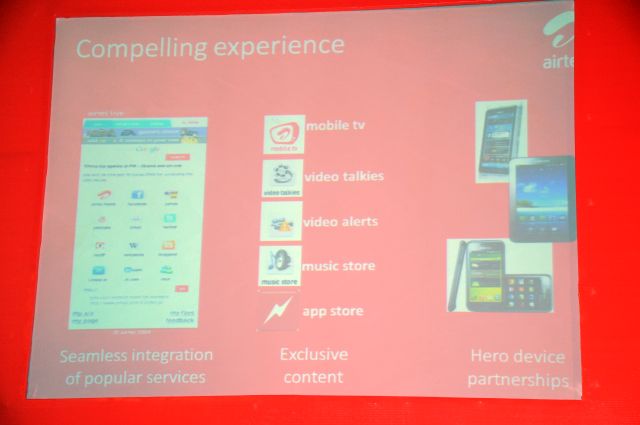 Along with the 3G SIM cards, Airtel also announced the launch of Airtel 3G Data cards which come in 2 variants – 3.6Mbps and 7.2Mbps. The prices of data cards are yet to be announced and we will update them here as soon as we get hold of it.

There are multiple vendors of the 3G modems (data cards), the first one being Huawei, who are catering BSNL as well as Tata Docomo 3G services.

Starting today evening, Airtel 3G will be available in Bangalore and across Karnataka from tomorrow. As for other places in India, they are expected to be rolled out in phases over the next few days or weeks. The whole exercise is expected to be completed before March 2011. 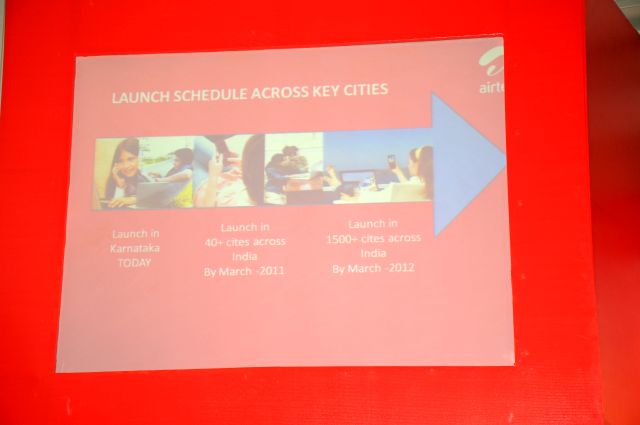 Airtel has got 3G licenses in 13 circles across India, but they are hoping to make themselves available across India through collaborations with other service providers.

We had a chance to get a hands-on experience of the new Airtel 3G and 3.5G networks. At-least at the press conference, the network was swift and uncluttered. Video calls were great and so were the Live TV experience. Live Streaming experience though, wasn’t up to the mark, as the images were consistently getting stuck.

We did a quick speedtest.net check on the 3.6Mbps data card, below are the results 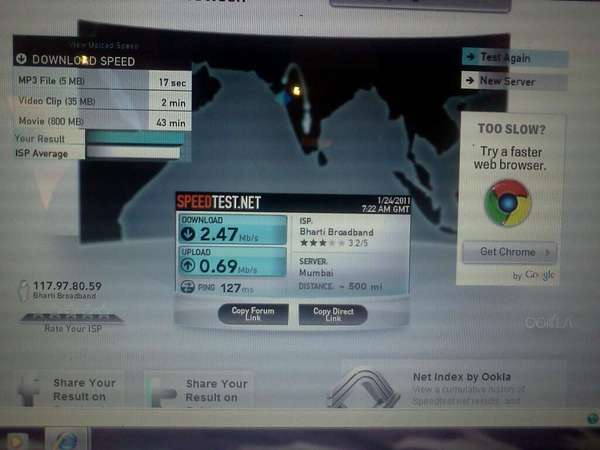