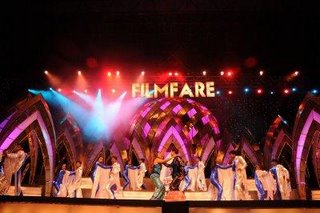 The biggest Bollywood awards ceremony – 56th Filmfare Awards will be held on January 29, 2011 at the Yash Raj Studios in Mumbai which will honor some of the best in Indian film industry for the year 2010. As always Filmfare is expected to be full of action, humor and glittering stars.

Usually the Filmfare awards are held on last Saturday of February, but this time, it has been preponed by a month, probably due to ICC World cup 2011. The highlight of Idea Filmfare awards 2010 will be the performance from Shahrukh and Madhuri together!

56th Filmfare awards 2011 will be broadcasted on Sony TV from 9pm onwards on February 6th, a week after the actual show. Some of the biggest actors are in line for the Best actor category – Salman Khan for Dabangg, Hrithik Roshan for Guzaarish and Shah Rukh Khan for My Name is Khan. It will be a keenly contested category as the case with other categories like Best Film, Best actress etc.

Possibly the best way to watch 56th Filmfare awards online is through Zoom TV’s live feed hosted by Indiatimes. In case you missed the awards show completely and want to download it, you can check muft.tv, which normally lists awards shows for download. Make sure you check the legality of these sources in your home country. They have been given as they exist on the interwebs.

More sources will be added as they become available. And I repeat, the telecast on Sony is on 6th Feb and not on 29th Jan.