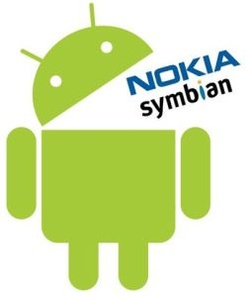 Android geeks will rejoice! Symbian fans (I know you aren’t one) will go into hiding and Apple fanboys will continue to pretend it’s nothing worthy to brag about. But why? According to Reuters, Google’s Android has just dethroned Nokia’s Symbian as the most popular smartphone platform in the last quarter of 2010!

Reuters are quoting the research firm, Canalys, for the report, but it should not come as a surprise that Android has overtaken Symbian, which has been going down consistently over the past 3 years or so. Even the newest version of Symbian failed to raise the eyeballs of the users as well as the critics. Android on the other hand, has consistently surged in the smartphone market, with its open-source approach and hit models from HTC, Samsung, Motorola and LG.

Symbian has been on top of the ladder for the last 10 years, and had managed to hold on to that position despite the threats from Apple’s iOS and RIM’s BlackBerry OS. But Android’s superior technology coupled with innovative marketing from Google and top class hardware from HTC/Samsung, proved too hot for Symbian to handle.

In case you are more interested in the stats, check out the infographic below 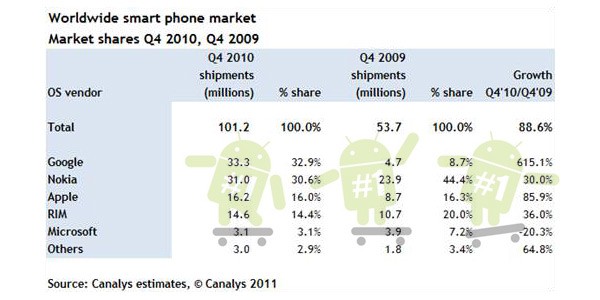 Was this article helpful?
YesNo
TechPP is supported by our audience. We may earn affiliate commissions from buying links on this site.
Read Next
NothingOS Made Me Realise How Much Overrated Pixel UI Is
#android #symbian