2010 saw a big surge and improvements in a new tech trend called Smart TV. For the uninitiated, Smart TV is one of the latest trends which refers to the integration of internet into the television sets, set-top boxes and Blu-ray players, thereby making the traditional television sets Smart, much like the term we use for mobile phones – SmartPhones.

The technology behind Smart TV is constantly evolving and top manufacturers like Sony, Samsung, LG, Panasonic, Toshiba and others are investing heavily on it as it is surely the present and future of televisions. The core part of Smart TVs involves web enabled apps for streaming media, personalized communication and social networking. Usually, the operating systems of Smart TVs are based on linux, unix, android and other open source platforms.

Most of the top television manufacturers have just come out with their brand new HDTV models for 2011 and they have taken the Smart TV technology a notch higher. The onus is clearly on the number of tv apps available on each platform, but there are some subtle features which might help you make the right decision.

Here is a comparison chart of Sony Bravia Internet TV, LG Netcast and Samsung Smart TV. Though we are sure that the infographic is prepared from someone at Samsung, it still gives info worthy enough to be mentioned here. 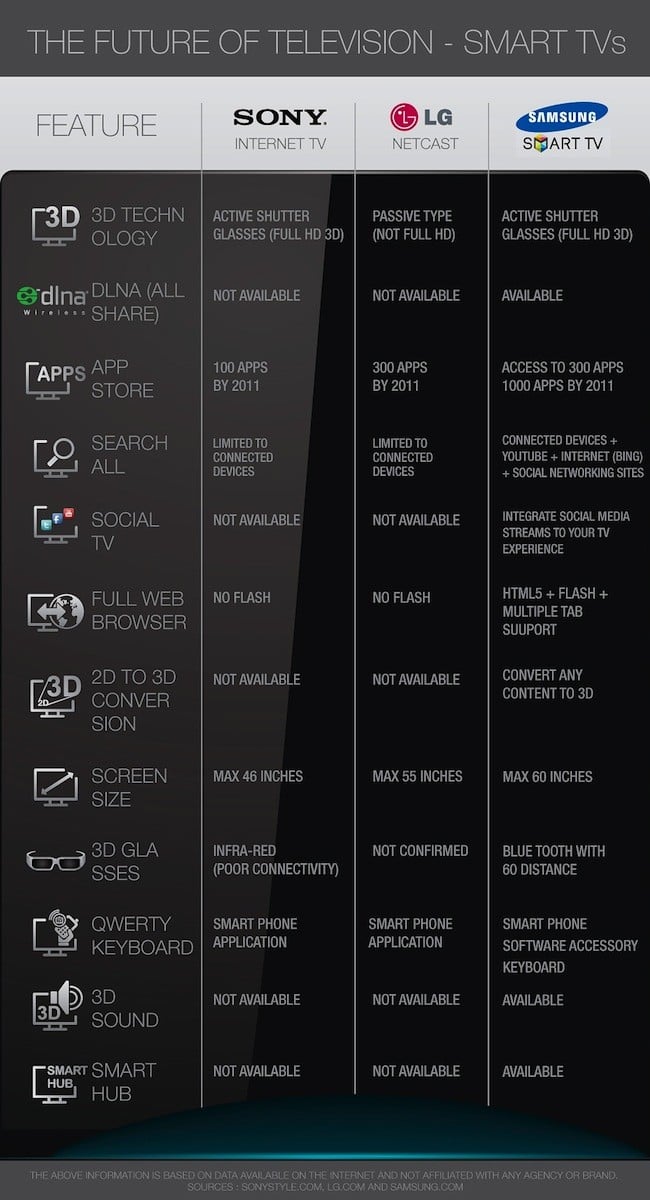 Be sure that we will update this post as and when we have more information on other Smart TV platforms as well.

Best Google TV Apps to Download in 2022
Read Next