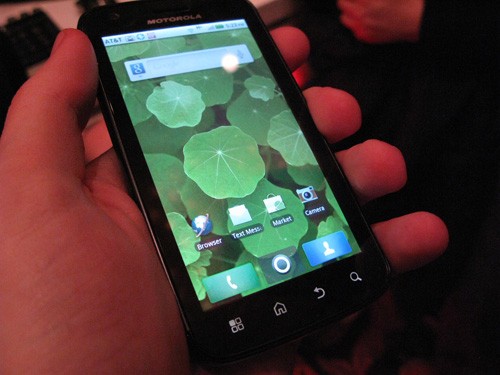 Smartphone manufacturers are constantly upgrading their products in order to stuff the best hardware available in the market. We’ve reached a stage where phones are running on 6GB of RAM and incredibly powerful processors. At the same time, designers are diminishing sizes and creating astonishingly thin smartphones. Hence, this eventually leads to inconsistent and awful heat management that causes a vast number of issues, making the phone dysfunctional and futile in some cases. That’s why when your Android smartphone or tablet heats up, you start to worry and ask different questions:

However, in certain scenarios, these issues occur over a lengthy course of time when the smartphone begins to age. In most instances, the only way out is to buy a new smartphone, although there are some rudimentary solutions and methods which can reduce the risks and problems at some level. Hence, in this article, we discuss about what actually seeds an overheating issue on a smartphone and more importantly, how you can avoid those.

What Causes Overheating on Android Phones?

Though the article concentrates on Android devices, the logic should hold good with any smartphone/tablet.

Stressing Your Gadget While it Recharges

This is probably the leading source for heating issues on smartphones. The majority of users game on their handhelds while it is connected to a power source but they shouldn’t, never. You see, gaming is a resource-hungry task and consequently, results in the CPU and GPU doing a lot more work than they normally do, hence, they tend to get warmer. Additionally, the battery is getting charged concurrently which also emits heat. Both combined, you can imagine the repercussions. In fact, using the phone in general while charging is also not advisable unless it’s something important.

More on playing games, you shouldn’t constantly stress the internal cores, they need intervals to cool down every once awhile as smartphones aren’t primarily made for playing applications like Modern Combat or Fifa. Once the motherboard gets burnt or damaged, it is almost impossible to restore unless you’re ready to pay a hefty sum. Unlike Laptops, there aren’t vents to dissipate heat, and most smartphones don’t come with cooling gels which can help overheating issues to an extent.

Android Smartphones are more prone to overheat when operated in hotter regions or used under direct sunlight. Moreover, you should avoid keeping the handset on your car’s dashboard for obvious reasons. I’m not saying you need to place only in air-conditioned rooms, but if there’s a better option, go for it. But the important thing to remember when your device running Android overheats, is to check the external climatic conditions before looking for internal issues.

Even if your phone comes with a terrible battery life, charging it constantly shouldn’t be an everyday activity. In a day, the number of charges should be limited to two at most. This not only severely affects the battery life but also can completely ruin your phone internally over time.

You can check your battery health by dialing “*#*#4636#*#*” and tapping the “battery information” option. If it is not showing “good”, you may wanna get it replaced. 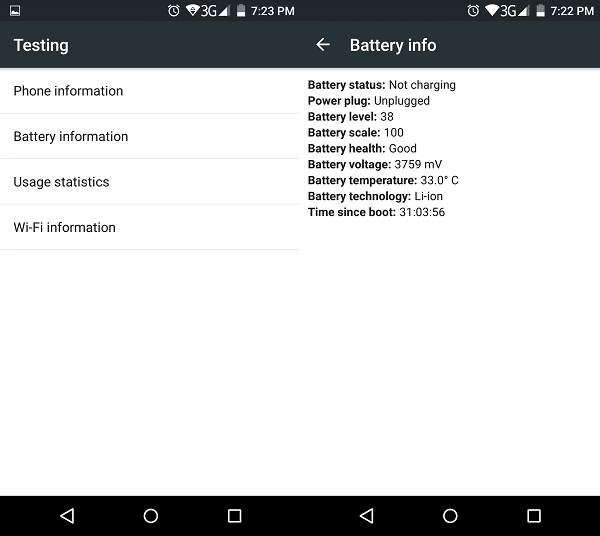 Also, it’s  a vicious circle with battery and high temperature. When your Android smartphone or tablet is hot, then it will drain your battery faster as it will make then ion movement much faster. Also, try and avoid full discharges and don’t recharge only when your Android gizmo has already gone dead. Partial, quicker recharge series are better for the health of your batteries and it will also save you of the stress.

How to Avoid the Over-Heating 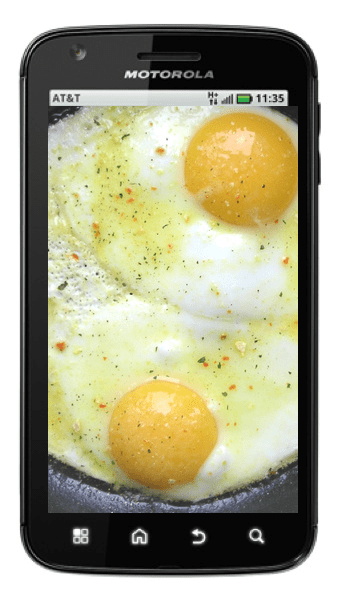 Now that you know what are the most common factor that drive overheating issues on smartphones, here are some straightforward practices you can adopt in order to avoid them.

Do Not Use Everything at Once

A plethora of apps running in the background, location services set to the highest access level, 4G data connection turned on (maybe hotspot too), NFC/Bluetooth device connected and you’re still expecting the phone not to boil? I understand that if OEMs are including these features on smartphones, there shouldn’t be any harm in whether someone uses them all together or not. But your phone probably isn’t optimized enough for such labor. Hence, keep it light for some days to check if things get better. If they do, you know who to blame (I meant the OEM!).

Also, I would suggest turning off vibration entirely if it’s not a necessity, especially the vibrate on touch option on Android. Brightness is another such component you can minimize in order to improve condition. The key is to ensure your processor (and GPU) aren’t overstressed so that Android heating is minimal as far as possible.

This is an Android application available for free that essentially terminates tasks that are creating havocs for your smartphone’s temperature. It won’t considerably enhance the state, but can assist to an extent. It has been proven useful for quite a lot of people given the ratings and comments. When I tried it, DU Phone Cooler managed to reduce about 6-7 degrees which is still decent as my phone wasn’t really overheating per se. The best part about DU Phone Cooler is that it lets you identify rogue apps which is boosting Android temperatures, and you can probably get rid of them completely.

Metal/Glass Body? Get a Plastic Cover

Phones sporting metal builds will always get harm no matter what you do, therefore to escape that, you’ve two options – ask the OEM to replace your phone’s entire build with something cooler or get a plastic case. The latter seems more plausible and can positively impact heating levels. Speaking of cases, don’t get something that is made out of suffocating material like leather and wraps up your phone entirely, that can also cause temperature elevations. Perforated cases FTW! Hola HTC!

That’s right, rooting is an extremely effective solution for Android overheating, but it’s definitely not everyone. The major highlight through gaining root access is that if you fiddle around forums, you can actually throttle the CPU to work less. Moreover, a different ROM installation can repair these problems if it is really a software issue.

No, you don’t have to wash it, but cleaning the battery contacts and puffing it for dust will surely be a great help for it. Obviously we are talking about those rare android phones which come with removable back and removable battery. Dust can infiltrate inside your device through the microphone fan and even infiltrate using the recharging orifice. If you are not sure how to open your Android smartphone or tablet and to pack it back, then run to a phone service nearby and ask them to clean it up.

Just Turn it Off

Have you ever tried turning your phone off during the day? It may sound crazy, but when you don’t necessarily need your phone, why don’t you shut it down? There are many people out there who find it hard to turn off their computers, which eventually makes them addicts. But, learn to separate your life from technology and use it only when you really need it. When you sleep, power it off. When you are in a business meeting, power it off. It will keep your techno friend “fresh” and ready for work when you need it. It’s the best solution to the problem but is a healthy and effortless one.

That’s it, those were some of the tips we feel can improve your Android phone’s overheating issues. If nothing works, you can always throw it in water and get a new one!

The article was redone by Shubham Agarwal on 18th Sep 2016.

Was this article helpful?
YesNo
TechPP is supported by our audience. We may earn affiliate commissions from buying links on this site.
Read Next
Xiaomi Pad 5 Review: Taking on the iPad
#Android Battery Issues #smartphone #Tablet