Freeware are basically software applications which are used to enhance your work on your computer, saving you a lot of time and energy. With the advent of computer age and networking, works in digital media can be modified, copied and distributed instantaneously. Freeware creators usually retain the copyrights or the license of the work in contrast to Open source software. It means that one cannot modify the source code. But the good news is that the freeware is allowed to be distributed and can be used for free of charge or at an optional fee by whoever wishes to use it for an unlimited period of time. Thus, it gives the maximum benefit to the end user. 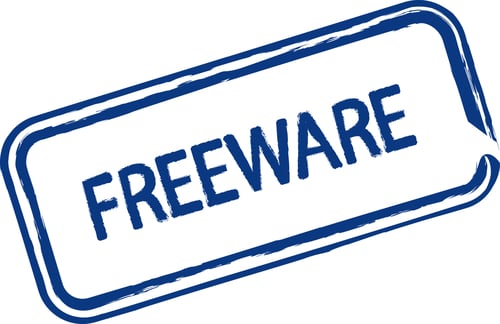 Once you determine that a particular freeware is safe and is from a trusted company, it can do wonders to your work. Today, there are thousands of freeware available that people no longer prefer buying software. Freeware junkies are as many as the number of freeware softwares available. Here I would want to throw light on some of the most useful and maybe, less-known freeware to make your Windows experience even more worthwhile.

Thunderbird has come as a rescue for those who desperately need an alternate to Microsoft’s Outlook Express. It is an easy-to-use interface, flexible and is a stable email application. It’s fully customizable just like the Firefox browser (though has limited themes) and would serve as a great add-on to your computer. It works well with both Windows and Mac OS. And guess what? It’s absolutely free. Well, what else can you ask for?

Team Viewer is a very popular and an effective screen sharing software allowing you to remotely share your screen, mouse, keyboard to another computer when both are connected through internet. It is designed for personal use (non-commercial) and if needed very often, install it rather than running the software. It also integrates file transfer among both the partners participating in the session. Apart from sharing files, you can also carry a text chat and with its new beta version, you can also carry voice and video chat. And most importantly, it’s free requiring no sign-ups.

Ever considered replacing Microsoft’s Office Suite? Yes. Then you need to definitely try Softmaker Office 2008. It is far more stable than Openoffice.org (another freeware substitute). It’s really fast and is available with Windows, Pocket PC’s and Linux (including Ubuntu). It contains a basic maker, Presentation, Text maker and Plan maker. It’s tools are generally compatible with files in the older Microsoft Office formats, though not with the latest Microsoft Office. It’s useful features provide you everything you will need.

You seriously cannot do without a security solution to your computer. Given that there are many such protection and malware removal tools in the market/net today, would you mind installing a free, simple yet powerful anti-malware tool? I know, You wouldn’t. Malware Bytes Anti-malware (MBAM) is an effective solution to detect and remove various numbers of malware and spyware. Very easy to set-up, this free application updates itself on a regular basis providing full scans for all the drives. Though it gives live protection only to its registered users, it is a great tool to have on your PC.

10 Amazing Facts about Microsoft Windows you Probably Didn't…
"Simplicity is not the absence of clutter" - 15 Amazing…
Ten years, Ten Amazing facts about the iPad
4 Ways to Use Windows Network Monitor Tools
The Best AI Writing Tools to Help You Write Better Content…
GPT-3 for Copywriting: What is it and What are the Best…