Microsoft just gave a full fledged preview of Windows 8, which has left many geeks and non-geeks dying to experience the brand new OS. Right from Metro style UI to Touch Gestures to Full screen apps, Microsoft has managed to shake up the way we have been using the Windows OS. Those who saw the keynote today were left astounded by the super-fast boot times of Windows 8, be it on the desktops or laptops or the tablets. 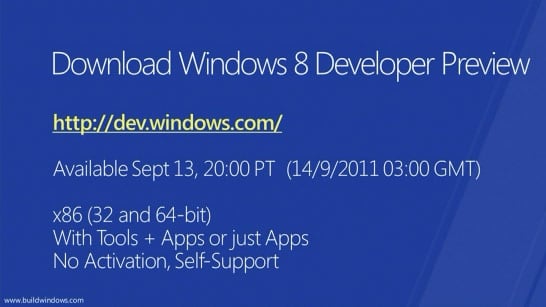 Starting 8PM (PT) this evening, anyone with a Windows Live ID will be able to download the developer preview of Windows 8 on their 32-bit or 64-bit machines. And guess what, there is no activation required whatsoever. Unlike the previous times, where having MSDN/Technet subscription was mandatory to download the dev builds, Microsoft has made it easier for general users to have a taste of Windows 8, by opening it up for anyone with a Windows Live ID.

We are more than certain that the Redmond giant’s servers will be hammered tonight, so be patient and ready to wait. There are enough indications that Microsoft might actually open up the servers much earlier than 8PM, but not to worry, we will have you covered on that over here! 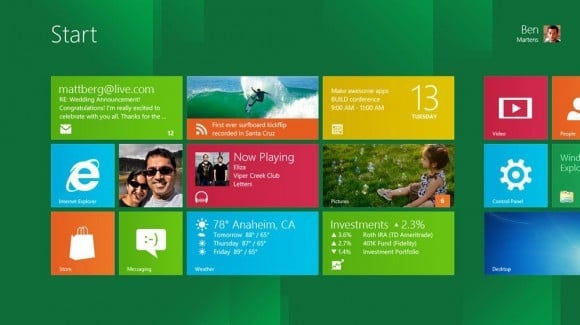 Was this article helpful?
YesNo
TechPP is supported by our audience. We may earn affiliate commissions from buying links on this site.
Read Next
How to Upgrade from Windows 7 or 8 to Windows 10 for Free in 2020
#Download Windows 8 #free download #Metro UI #msdn #technet #win 8 #windows 8 #Windows 8 Installation