We have witnessed endless debate on the web regarding which browser performs the best. Firefox, Chrome and Opera have provided much needed options for the end users who are fed up of Internet Explorer and Safari browsers. Though IE still holds a big share of web browser market, Mozilla’s Firefox and Google’s Chrome have managed to consistently strengthen their foothold over the past few years. 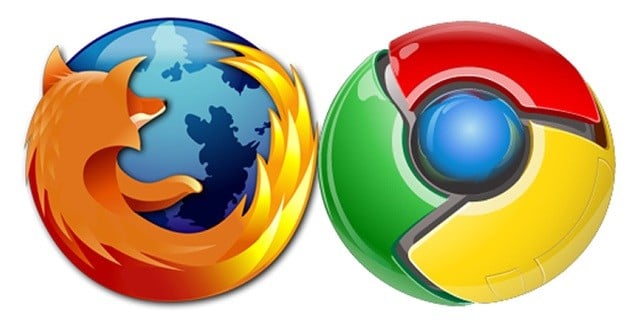 In the recent past, companies have used different Javascript benchmarking tools to show how their browser is the fastest amongst the competition. Off late the speed of browsing has gained tremendous importance and somewhere most of us had started to forget other important features like memory footprint and security.

If we go by the general perceptions, Google Chrome is considered to be the fastest browser. Some believe that the reason for Chrome’s speed is it’s lower memory footprint, which is more of a myth than a fact, as we found out during our tests in real world scenario.

Every time a new version of these browsers is released, the companies and independent agencies/blogs will publish a comparison based on certain benchmarking tests. But then, testing them in real world scenario is much different and I believe is more accurate.

Intention behind this comparison

Because, we hardly ever run a browser alone. I personally will have multiple applications open – be it another browser or Twitter clients like Tweetdeck. All of them are known to be memory intensive and should impact the performance of each other. But those benchmarking tests done by companies never consider these things.

By the way, I have deliberately kept out IE from this comparison. IE is always known to be bad when it comes to memory management. At least that was the case with IE8 & IE9. I haven’t played with IE10 a lot, but that is still in beta anyway.

I ran the tests on a Dell Studio 1555 Laptop running Windows 7 Ultimate SP1. It’s a Intel Core 2 Duo CPU @ 2.4GHz and 4GB RAM. I restarted the PC and then opened Windows Explorer & Tweetdeck. Both Firefox and Chrome were updated to their latest stable versions (7.0 and 14.0.835.186 respectively). Both of them have some basic plugins installed. 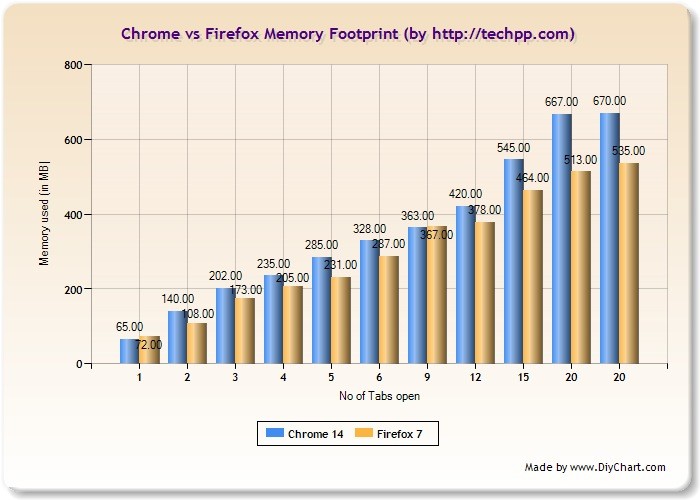 Chrome has an advantage with its separate process for individual tabs and plugins, as user can manually kill the memory hogging process without closing down the browser completely. But then many users have complained that Chrome crashes much more than Firefox in real world usage.