Amazon has unveiled the much awaited Android based tablet – the Kindle Fire which might not fire up the tablet market as many were expecting. Well, the price (at $199) might be a killer, considering that we hardly have any decent quality Android tablets at sub-$200 range. But then, not everything is hunky dory with this new device.

The tablet looks tiny at just 7 inches and runs on a forked out version of Android, and doesn’t look anything like Android really. Amazon has completely revamped the user interface and has closely tied the device with its content library, which includes the Amazon app store with more than 10,000 applications. 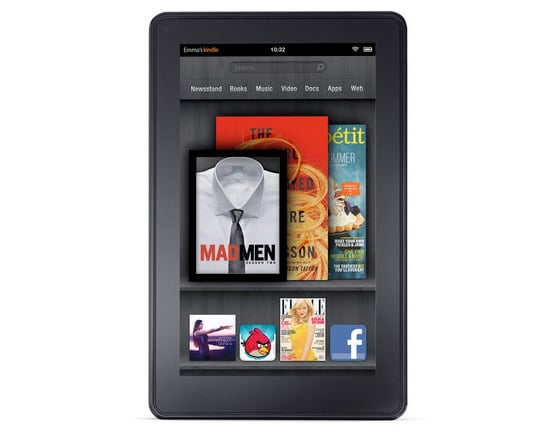 The Kindle Fire comes with Wi-Fi and a free 30-day trial of Amazon Prime, which normally costs $79 per year with additional benefits of free two-day shipping and access to Amazon’s video-streaming service.

It’s not clear what’s the version of Android that Amazon has forked out, but some reports say that it’s actually the age old Android 2.1 Eclair! It does support thousands of apps from the Android app store in addition to it’s own App store.

The list of feature it lacks seem to be more than what it possess. There is no 3G, no camera, no microphone, , no nothing. I’m not surprised why they have retained the name “Kindle” and why it is priced below $200.

And it comes with IPS display with Gorilla glass and is powered by a dual core processor. It weight 14.6 ounces. As for the web browser, they call it Amazon Silk and it’s supposedly very fast and runs on Amazon’s EC2 cloud computing engine. Now it’s not looking as bad, isn’t it?

Kindle Fire is no iPad Killer, but a threat for Low cost tablets

Over the past few weeks, there were so many claims that this Amazon tablet will be the real competitor to Apple’s iPad 2. But now, it doesn’t even come close to it. To be fair to Amazon, they don’t seem to be competing with iPad at all, definitely not with such specs. There are rumors about a 10 inch version with better specs and features to be announced in 2012, may be (just may be) it will be able to scare iPad a bit.

As tech writer Nimish Dubey says, Kindle Fire would represent a bigger threat to the budget tab market than the iPad. There have been so many Android based tablets getting released in recent times, most of them having low price as their USP, a $199 tab from the leading online store company should definitely hurt their sales.

We will update the post as and when we have more details on the specs and availability.

Update: Kindle Fire will be available from November 15th, but pre-orders start today. Pre-order here.
Update 2: Kindle Fire is US only. Ouch!

Was this article helpful?
YesNo
TechPP is supported by our audience. We may earn affiliate commissions from buying links on this site.
Read Next
How to Use Android Phone as Webcam for PC
#Amazon #Amazon Kindle Fire #android #android tablet #kindle #Kindle Fire #Kindle Fire Price