As you all know, the battle for online TV streaming is now fought between Apple, Microsoft & Google. As we saw the rise of Apple TV and Google TV, now we have to look forward to new technologies that will become even more integrated in our daily lives. Wireless technology seems to be the future (Whitespace might be the next step in Wi-Fi, for example) and rumors say that Apple is the one to develop the “hands free TV”. And in the quest to step ahead, Apple is now developing technologies for a future “iTV” that would give it the upper hand in this battle.

Apple iTV, The Final Product Steve Jobs Had in Mind?

For now, Apple hasn’t officially announced the release of a new service for online TV, but there are signs of this tech and rumors that it will see the light of day in the near future, most probably in the course of 2012. What we do know for sure is that Apple’s relationship with Samsung has deteriorated, and so, the company could be looking towards Sharp to help develop the next generation of Apple products: iPad 3, iPhone 5 and the rumored iTV. 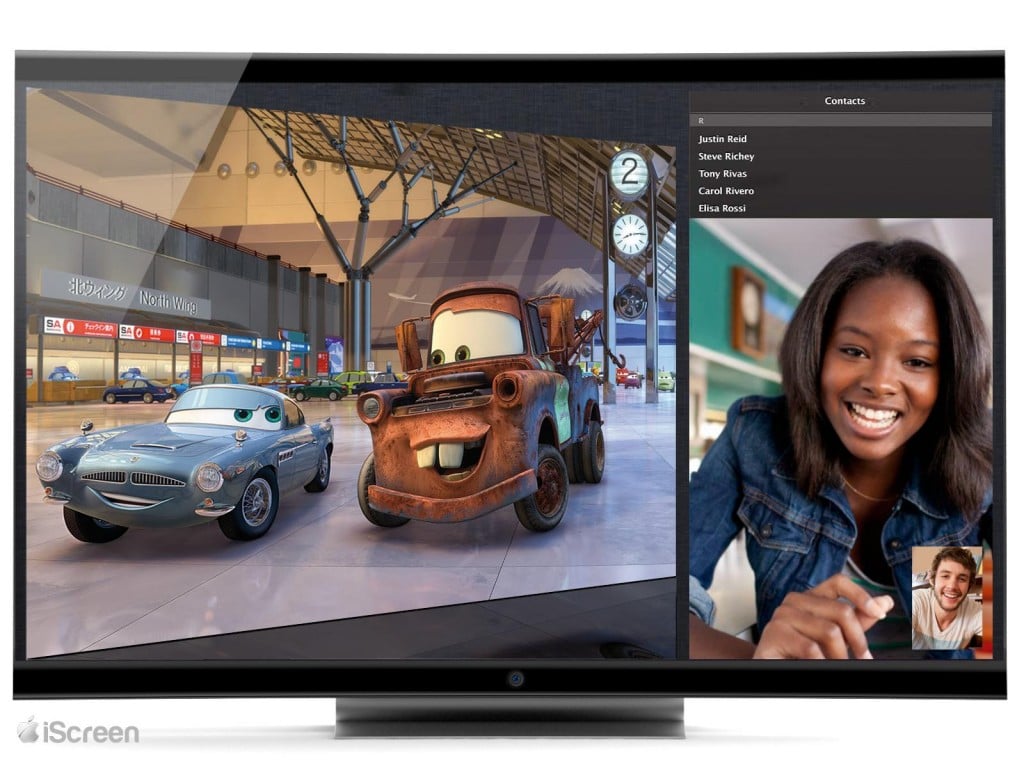 Jeffries analyst, Peter Misek, has claimed that the iTV is something to look forward to in the mid-2012 and that Sharp is working on modified amorphous TFT LCD panels to be used in these gadgets, from sizes 32” to 55”. Steve Jobs told Walter Isaacson, the writer of his recent biography that he had “cracked” the secret to controlling an Apple TV set and we assumed he was talking about Siri, but new patented technologies suggest that this may be or not the case. The future remote of this device will, most certainly be the owner, controlling it with something resembling Microsoft Kinect, an IR transmitter that will capture the movement of the owner’s hands and recreate them on the screen, thus making iTV a real hands free TV.

Voice Recognition Technology, The Next Step in Search Engines and Home Entertainment?

In a previous article, we predicted something like this, where voice recognition technology, a motion detector could be the keys in future home entertainment. If Apple decides to put Siri in their TV set, then it would really be a ground breaking improvement. It doesn’t really matter that other rivals might have this technology in place and ready to go. Apple might pull an incredible deal with a hands-free TV just like they did with the iPhone and the iPad. Even if it wasn’t the first smartphone, the iPhone was regarded as being THE smartphone. The iPad is surely not the first tablet, but it’s THE tablet. Apple could continue that legacy and build the future TV.

There are some hurdles to overcome before Apple can release this new technology. The connectivity to your home network, keeping in mind that not everyone has a wireless router at home, connectivity to other cable companies, because not all companies use the same cables, so Apple must find a way to overcome this huge setback.

Related Read: 5 Ways to Speed Up Your Wireless Network.

Now, let’s say Apple does manage to iron out all of these kinks, where will they sell their TVs? And will it be in the price range of the consumers, to make Apple a competitor along side Sony, Samsung or Panasonic? You’ve all seen Apple’s shops, all white and tidy, not among the other products, will Apple afford to sell their TVs in such a manner? Keeping in mind TVs are bigger than the average Mac.

As for the content, I don’t think there will be a problem there, iTunes is doing just fine, and with no shortage of buyers for TV shows, movies and music, the future iTV will certainly have enough to offer to any consumer, as we saw on the current Apple TV, prices were in the range of $1.99 – $2.99. 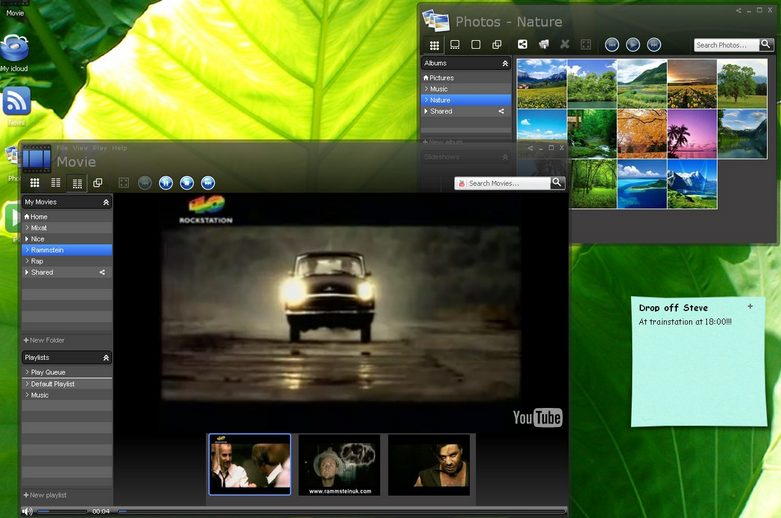 A new feature that would appeal to many consumers is the possibility to rent a TV show or a movie directly from their TV, maybe for a slightly lesser price than the price of buying one. All of these items and apps could be stored in the Apple iCloud where you can watch Apple movies, as well, thus everyone could not only use their TVs, but also sync with their iPhones and iPads and enjoy the full hands free experience that Apple is all about.

Some may say that iTV will not be such a success because of the price it will probably have. Keeping in the same line of its previous premium items, this tech will not come cheap. For $800 someone could buy a 54” TV, but with all of its advances in technology, will the iTV be worth another $300 – $400? Apple enthusiasts will say “YES” but for Apple to stand a chance of making some profit of this TV, it will have to appeal to more that its fateful followers.

Will Google React to Apple iTV?

The question in my mind now is: What will Google do? Maybe in 2012, after the official announcement of the iTV, Google might follow with an improved TV of their own, especially now, when Samsung and Google are still partners. A Google or Chrome powered TV is not out of reach, keeping in mind we have already seen the Chromebook and what is it capable of. The present Google TV is great, but a huge drawback is the fact that it’s available only in North-America.

Even with all of these issues Apple has to overcome, the concept of the iTV is something to look forward to and if past experience has thought us anything, its that Apple usually takes a problem head on and comes up with something that envelops both beauty and functionality. A future where we actively interact with our technology and where all our devices are wireless is something to look forward to, and needless to say, Apple is the leader of the pack, for now.

Was this article helpful?
YesNo
TechPP is supported by our audience. We may earn affiliate commissions from buying links on this site.
Read Next
How to Quickly Convert Images on iPhone and iPad Using the Files App
#apple #Apple TV #iTV #voice recognition