2011 was a fantastic year for tech startups with Initial Public Offering’s (IPOs) happening left, right and center, social networks bringing down dictatorships across Africa and the general web experience for users getting better than ever before. On the down side we lost some of the greatest businessmen and innovators of modern times and Google put many legitimate websites out of business due to their Panda updates. We have rounded up the biggest and best tech/web stories from 2011 but don’t forget to share your own thoughts in the comments below. 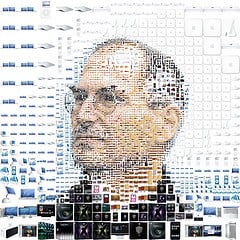 With all the build up to the hotly anticipated iPhone 5, everything was overshadowed by Steve Jobs’ death and no one really cared after that when there was no iPhone 5. Steve’s death sent shock waves around the world and we lost one of the finest marketers, businessmen and visionaries of the modern era. The addition of Siri virtual helper though has meant Apple stayed in the news for reasons other than Jobs.

Love them or hate them, the one thing you can’t do is stop them. Groupon continued its meteoric rise this year posting ever greater turnovers and became the fastest company to reach $1bn in revenue. It also hired some of the best people in the Internet industry from companies like Google and Amazon to build a strong, sustainable brand. Their IPO may have been long, drawn out and full of juicy controversy but when it finally went live it didn’t nose dive like many had thought. 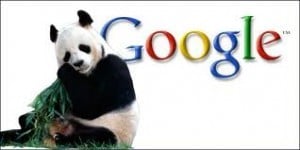 Google sent the tech world buzzing for two reasons this year. The first was for the notorious Panda updates which worked like a kill switch for many websites who saw their traffic dip to dangerously low levels and the launch of Google+, their 3rd attempt at doing a social network. So far Google+ is limping along like an also ran but we think that given some more time Google has finally got it right and once they start integrating G+ in to all their other services it will really take off.

Privacy and IPO rumors dominated the scene for Facebook. On the privacy front people were concerned about what data Facebook gave to advertisers and app publishers and what data became public without their consent. The privacy controls have been continuously changed by Facebook as they battle to make it as easy to use as possible but that didn’t stop the FTC getting involved. This story isn’t finished though and expect to see privacy raise its head more in 2012. Also in 2012, expect to see Facebook finally go IPO. 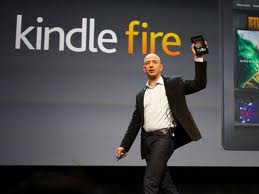 If there is one company that can compete with Apple and Google it has to be Amazon and with the launch of their new tablet, Kindle Fire, they have made their intentions quite clear. While it’s far from being any kind of iPad killer, the Kindle Fire is a media consumption device that creates an entire eco-system for Amazon much like the iPod did for Apple. Customers can pay a yearly subscription to access almost unlimited amounts of movies, TV shows and music. Amazon is no longer just the biggest book seller in the world, it’s turning in to a major tech and media company in its own right and expect to see them push Apple and Google hard in 2012.

2011 was the year that Android went mainstream and grabbed as much as 50% market share but also got adopted by electronics manufacturers to create low cost tablets to compete with the iPad such as with the spectacular Galaxy Tab and Motorola Xoom. To keep up with the rapid changes in the smartphone and tablet PC markets, Android released Honeycomb in Feb 2011 and Ice Cream Sandwich (see why does Google name its Android releases after desserts) in November 2011. With the Android Marketplace recording 10 billion downloads and with the number of Android devices which are  being activated each day put at 700,000 (that’s 21 million per month) it looks like 2012 will be a two horse race between Apple and Google with Windows Mobile 8 and RIM losing out.

If there is one thing ego maniacal despotic dictators in the first half of 2011 detested more than rain on parade day it was Twitter. Igniting the Arab Spring and providing the fuel to over throw not one, not two but three brutal dictatorships, Twitter proved to be an invaluable tool for protesters to communicate, organize and gain popular support. Twitter was also indicted in the riots that swept across England in the summer and also had a hand in the community cleanups that followed. Finally, after a number of previous wins by being the first to break the news, Twitter firmly established itself to be the number one place to get the latest news when it broke the news of Osama Bin Laden’s death.

Who’d have thought a virtual farm would be the gateway to riches. But their $1bn IPO in December proved that social gaming is still not convincing everyone and a 5% slide in share prices since the opening day shows that investors are not at all convinced about the company. Zynga had some hits and misses in 2011 with the Mafia Wars 2 proving to be a hard sell while Words With Friends snared celebrity users like Alec Baldwin who got kicked off the plane for playing the game. 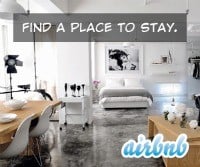 If you had not heard of Airbnb before the summer then you could have been forgiven but then one event changed all that when one of their users had their entire apartment ransacked and Airbnb’s response was described as lacklustre at best. But they say that there is no such thing as bad news and the exposure that they got ensured that every major media outlet started talking about them and they even secured more funding valuing the business at $1.3bn which is staggering when you think about it since they have no real assets and rely completely on the members of the public to provide the space for the travelers. 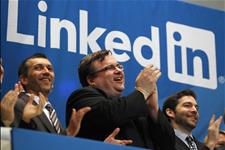 Who uses LinkedIn anyway? Apparently 135 million people do. They slipped in with an IPO earlier this year that raised $350m and valued the company at $3bn (which subsequently rose to $9bn as the share price more than doubled). The success of LinkedIn’s IPO encouraged Groupon and Zynga to push ahead with their own public flotations and sparked a debate about another coming tech bubble.

Have we missed anything? Let us know in the comments below if you agree with our top tech stories or tell us what we missed.

This was a guest post by Peter Claridge who is a web and tech enthusiast addicted to the latest news stories about startups, gadgets, marketing and more. He is the Online Marketing Manager for Agriya, a web development company which specialize in clone scripts like airbnb clone.