If at all there is anyone who has taken the bull (Apple) by its horns, it has to be Samsung, but not always for the right reasons. The tug off patent wars between the two has been going on forever. And now, it looks like Samsung has made up its mind to tee off Apple to the core. 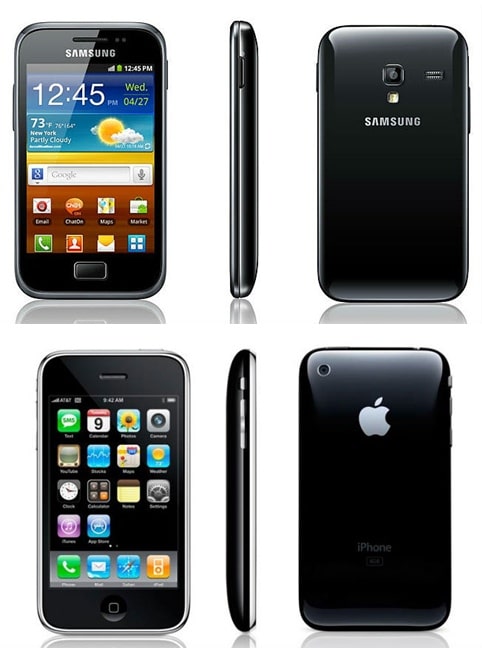 When I first saw the leaked pictures of Samsung Galaxy Ace Plus yesterday, I felt like having seen them somewhere. And Rajat Agrawal helped me sort out the confusion. Indeed, it looks similar to Apple’s iPhone 3G/S. Though we are yet to see the actual device, the photographs released for the press do look very similar to the iPhone.

And what about Galaxy M Style? Well, have a look below! 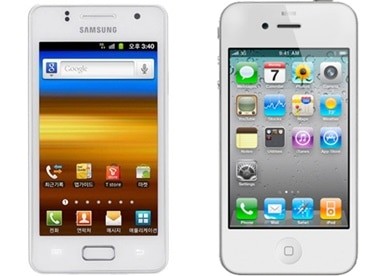 Ouch! Pretty close yet again. Isn’t it? To be fair, the back panel of Samsung Galaxy M Style looks not as similar to the iPhone 4/4S, but the front panel does look very similar. Apart from the rectangular home button and a different placement of the camera, the two devices look exactly the same.

It is true that many people (including me) complain that most android devices look alike, but is that the reason for Samsung to come out with handsets so similar to the iPhones, specially considering all the lawsuits the two companies are fighting around the Galaxy Tablets? I can’t help, but to feel that there is more to it. Just a couple of days back, they dared to steal the model from iPhone 4S ad for their new tablet in Korea, and now they release two handsets back-to-back with questionable design similarities.

Over to you, Apple.

Was this article helpful?
YesNo
TechPP is supported by our audience. We may earn affiliate commissions from buying links on this site.
Read Next
How to Edit and Unsend Messages on iPhone [iOS 16]
#apple #comparison #iPhone 3GS #iphone 4 #Patent Wars #samsung