The cheapest android tablet from India, Aakash, more popularly known as the $35 tablet was launched with much fanfare by the Indian government in December 2011. Sadly, one month down the line, there are some reports that the entire project might be shelved very soon. 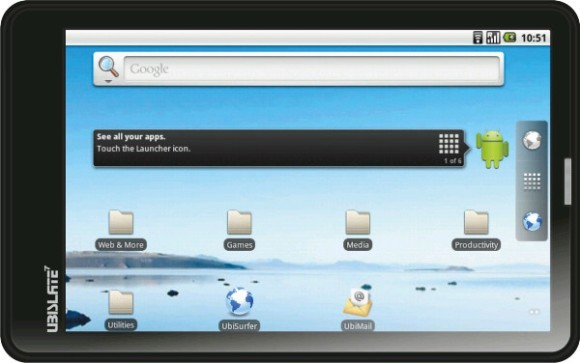 The Indian government’s HRD ministry had teamed up with Canada based Datawind Technologies to manufacture 1 million units of Aakash tablets priced at Rs.2250 ($43). During the pilot run, Datawind was supposed to provide the HRD ministry with 1 lakh Aakash units, out of which they had delivered just 30,000 units. Though the tablet specs looked good on paper, with Android 2.2 OS, 366 MHz processor, 2100mAh battery & two USB ports, in reality the tablet was met with a lot of criticisms concerning its poor build quality and user experience.

According to the reports by India Today, for the remaining 70,000 units, the Indian government insisted to get an upgraded version of Aakash (with 700MHz Cortex A8 processor, 3200mAh battery, Android 2.3 OS) at the original price of Rs.2250 ($43). But Datawind, which had already opened the pre-orders for the upgraded version for Rs.750 more (at $60) refused to oblige. This might result in non-renewal of LC (letter of credit) to Datawind by the Indian government.

Reliance 4G Tablets to be blamed?

The reports also cites that the low cost tablet idea – conceptualized by HRD minister Kapil Sibal has now been hijacked by Reliance honcho Mukesh Ambani. Reliance had recently paid Rs.13000 crores ($2.5 billion) to get pan-India license for 4G LTE technology. And now they are planning to launch a 4G tablet for as low as Rs.3500 ($70) for which they might choose to partner with the same Datawind technologies. Yet another reason for the grouse of the Indian government.

The LC to Datawind will end on January 31st 2012 and if at all they fail to get it renewed, the rest of Aakash units will be supplied by some other agency. Datawind though, has managed to get over 20 lakh bookings for their upgraded Ubislate 7 tablet, but the lack of government backing isn’t something they were hoping for.

8 Best Google Meet Tips and Tricks to Use it Like a Pro
Meet JioMeet: a Zoom Clone from India for Video Conferencing
Google Meet Camera Not Working (Failed)? Fix it with these…
iPad Pro M1: All you need to know about this monster new…
Could Realme Bring the Android Tablet Back from the Dead…
Is the new iPad Mini 2021 the only "Real" Apple Tablet?