QR codes have always been controversial. Some people love and praise them; some don’t see their utility and call them annoying. The system has been getting this attention due to its large storage capacity compared to your average UPC barcodes. The code comprises black modules integrated into a square pattern and set up on a white background. Even so, they fail to be accepted as a mainstream method of encoding information.

Scan.me Gets Funded to Take QR Codes to a New Level

Here’s where a company like Scan.me aims to make a difference. They have released an app called “Scan,” which will interpret your QR code in a fast and reliable way. It comes available for both iOS and Android and so far has seen 10 million downloads. At the moment, interested users can get the 1.9 version which sports a brand new interface, while the web interface used for creating your own codes also got an extreme make-over. 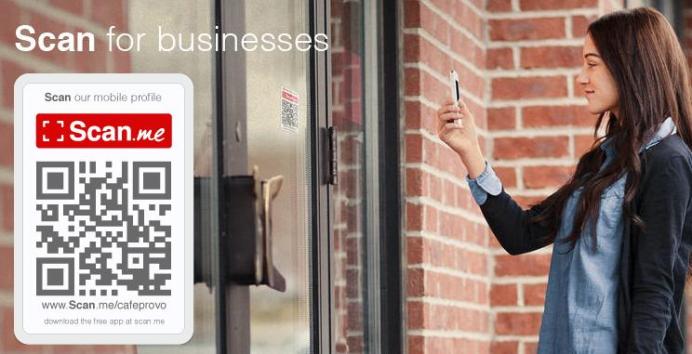 With this new version comes the ability to scan normal barcodes as well, and the company is already thinking of adding new formats to its portfolio. Just add the code, get it scanned and receive instant results. It’s that easy. No strings attached. And business has been good for Scan. The company behind it just announced that it has received an overwhelming $1.7 million funding from notable parties in the industry which include Google Ventures, Menlo Ventures, and Charles River Ventures, to name a few.

In less than a year since it has been on the market, the app has seen a huge number of downloads and is currently in use in more than 77 countries across the globe. The company announced that the money would be used for hiring staff, marketing, and research developments. Garret Gee, the CEO and co-founder of Scan said that he thought QR codes always had a great deal of potential, but until now, they were kept in the dark because of poor experiences and not-so-perfect products. But, Scan is here to help and practically create connections to facilitate exchanges between business and their customers.

Gee also announced another project that Scan will be embarking on: Scan Pages lets you create a friendly user-oriented web mobile website that can be accessed via QR code or short URL addresses. Thus, thanks to Scan Pages, users can create a mobile site quickly. And Scan Pages takes care of everything – sharing social media, videos, and blogs with the target audience. Scan and its brother will re-invent the way we think of QR codes, bringing to the table actions such as Scan to Like, Scan to Check-In, and Scan to Follow. Get used to the idea of liking QR codes from now on! Go ahead and start testing Scan on Android or iPhone.

Also Read: How to Scan QR code on screen

Was this article helpful?
YesNo
TechPP is supported by our audience. We may earn affiliate commissions from buying links on this site.
Read Next
How to Scan QR Code from Image on Android and iPhone
#app #QR codes #scan.me