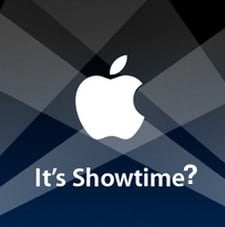 The D-Day is here! Apple is almost sure to launch the next generation iPad (iPad 3?) at a special media event today at the Yerba Buena Center for the Arts in San Francisco. The event will kickstart at 10am in the morning with a keynote by the Apple CEO, Tim Cook.

As always the invites for the special media event was sent out to a select few journalists and bloggers who are expected to live blog from the event.

iPad 3 has generated most rumors for a gadget in recent times. Traditionally, Apple has ensured top-most secrecy when it comes to a new product launch. But this time around, we have seen many believable leaks regarding the upcoming iPad 3 and Apple TV. iPad 3 (or iPad HD as many speculate) will come with a retina display, 4G LTE, quad-core processor, bigger camera sensor and much more.

Historically Apple has deliberately avoided live streaming their product launches on the web. But they managed to shock all the web enthusiasts by live streaming their iPod music event in September 2010 and repeated that in October 2010 too. As we were expecting this to become a norm, Apple went back to their old practices by not live streaming the iPad 2 event and iPhone 4S event as well.

Just in case Apple decides to enthrall its fans by live streaming the iPad 3 event, this is what you need to bookmark:

Note that Apple restricts the live stream to those using a Mac running Safari on Mac OS X version 10.6 Snow Leopard, an iPhone or iPod touch running iOS 3.0 or higher, or an iPad!

Update: It seems Philip Schiller, a senior VP of Apple had tweeted that Apple won’t be live streaming the iPad 3 event, but will make the video available (on the link above) soon after the event gets over. Bummer! Well, that tweet is no more to be seen! Keep your hopes intact!

Other possible live streaming links – Twit Live TV and LiveTechEvents, though the chances are pretty slim. Someone on UStream is claiming to livestream the iPad 3 event here, which, in all possibilities, is fake.

A safer bet to follow the iPhone 5 event has to be these live blogging links from popular blogs who have got the invites.