Smartphones have affected the way the world thinks and moves. They have brought immense technological breakthrough and have spread their wings into fields we wouldn’t have been considered compatible a couple of years ago. But one of the most interesting by-products these devices have delivered are touchscreens. Touch screens are no longer found only in mobile phones. Not by a long shot, you find them on tablets; TV, laptops and even the new Windows 8 will feature a touchscreen friendly interface.

Make Your Monitor a Touchscreen

They might be expensive right now, but let’s face it, everybody wants them, and maybe, just maybe, there might be a way to convert your average home screen to a fancy touchscreen. The initial feedback isn’t exactly good as most desktop monitors aren’t capable of such a drastic shift. The reason? There’s not enough space behind the front bezel and the LCD chassis for the touchscreen sensor and the touch screen controller to fit in. 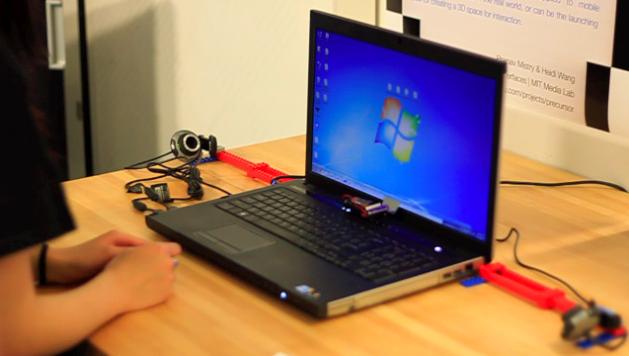 Pranav Mistry impressed the tech world with his Sixth Sense device a while ago, and now he has done it again. He unveiled the PreCursor project that would allow computer owners to change their plain looking monitors into touchscreens with extra functionality. Pranav Mistry teased any interested readers with a short demonstration video that in under a minute reveals the intriguing innovation.

The mouse gives us three levels of interaction with the computer: hover, click and double click, and each interaction type comes with its own level of commitment. On the other hand, the touchscreen device only offers one level, click or touch. PreCursor aims to change the touch screen interaction by adding to it another level. With the help of two cameras and an infrared laser, PreCursor creates a virtual layer parallel and in front of the computer screen.

The user doesn’t necessarily need  to touch the screen in order to generate an action, he only can hover above the monitor and the gestures are translated into actions.

“When the user’s finger interrupts the invisible light plane created by the IR laser, the infrared light illuminates the finger from the bottom, creating a bright blob that the two cameras can interpret, ”

When PreCursor passes the testing phase and hopefully becomes a technology available for the masses, the computer screens will be able to get more flexibility than the existing touchscreens. One of the new features includes the recognition of the hover gestures which even the high-end tablets and smartphones don’t offer (perhaps the newly released Xperia Sola has something to say about that).

The PreCursor is similar to another Pranav Mistry project, Mouseless. Using the same configuration of camera and infrared laser, the system also creates an invisible layer, but this time on the table, where the computer owner used to activate the mouse. Only that there is now an invisible mouse and the technology interprets the hand movements, taps or hovers and translates them into cursor movements and mouse actions. The prototype is in its late stages and its makers revealed the costs: about $20. 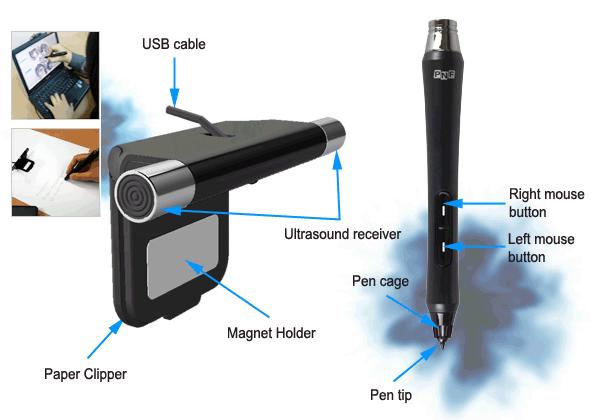 Another option for those in need of a cheap tablet comes from Korean company Pen and Free. They have come up with a peripheral device that might get you the touchscreen you’ve always dreamed of. It has been dubbed Duo and it magically sprinkles touch screen features to any monitor it happens to get attached to.  The device can be coupled with the monitor on one of its sides. It can also be plugged via USB.  Not only that but it supports word recognition and motion recognition. And you don’t have the best part yet, it comes at a meager $44. 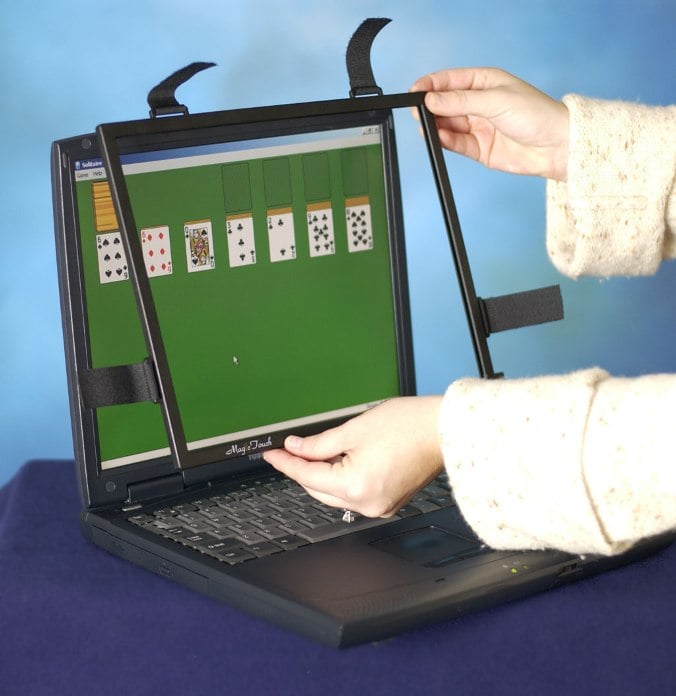 There are entire companies that offer a wide range of conversion products. Like Keytec Inc, for example. Shopping with them could get you the Add-On Magic Touch Screen Kit, advertised to instantly convert any monitor, regardless if it’s a desktop or a notebook into a touchscreen device. Or maybe you are a teacher and might interested in purchasing the ACEeBoard – a solution to making your own interactive whiteboard. 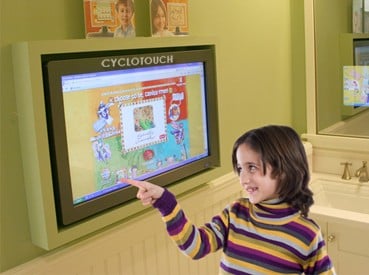 But if you are looking for a professional solution and want to buy a ready-made touchscreen, you should consider Cyclotouch – one of the leading high quality touchscreen panel manufacturers in the world. They boast collaborations with important institutions like the University of Melbourne, Australian Observatories or the Royal Australian Air Force.

Eager users could try and purchase a 3M touchscreen sensor kit and attempt a test integration with their monitors. Owners of big LCD/plasma monitors might be luckier. With the help of a single frame provided by PQ Labs the transition is possible. If you are really interested in this solution, you can give the exact dimensions of your monitor and get a microtouch suitable for your monitor. On their website you will find, as well, detailed instructions on how to make your monitor a touchscreen.

Maybe you wouldn’t fancy a pen looking object turning your screen into a touch screen. Maybe you’d prefer a glove. Like a group of students from the Belgian University of Hasselt who took it upon themselves to design a glove implemented technology in order to pick up the electron beam and influence it as it makes its way across the screen. The project is just in its infancy and is visionary at the moment, but it will soon be improved.

Turning a monitor into a touchscreen is not an easy task to do if you don’t know the solutions. A better idea would be to go for a touchscreen all-in-one computer, but you’d have to invest a lot of money and there aren’t so many touchscreen models out there. Many solutions to make your monitor a touchscreen are still visionary products or in their lab phase. Nonetheless, if you really want to go full-touch, then there are already solutions, you will just have to try them out!

Was this article helpful?
YesNo
TechPP is supported by our audience. We may earn affiliate commissions from buying links on this site.
Read Next
6 Ways to Free up Disk Space on Windows PC
#guide #Monitor #PC #Touchscreen 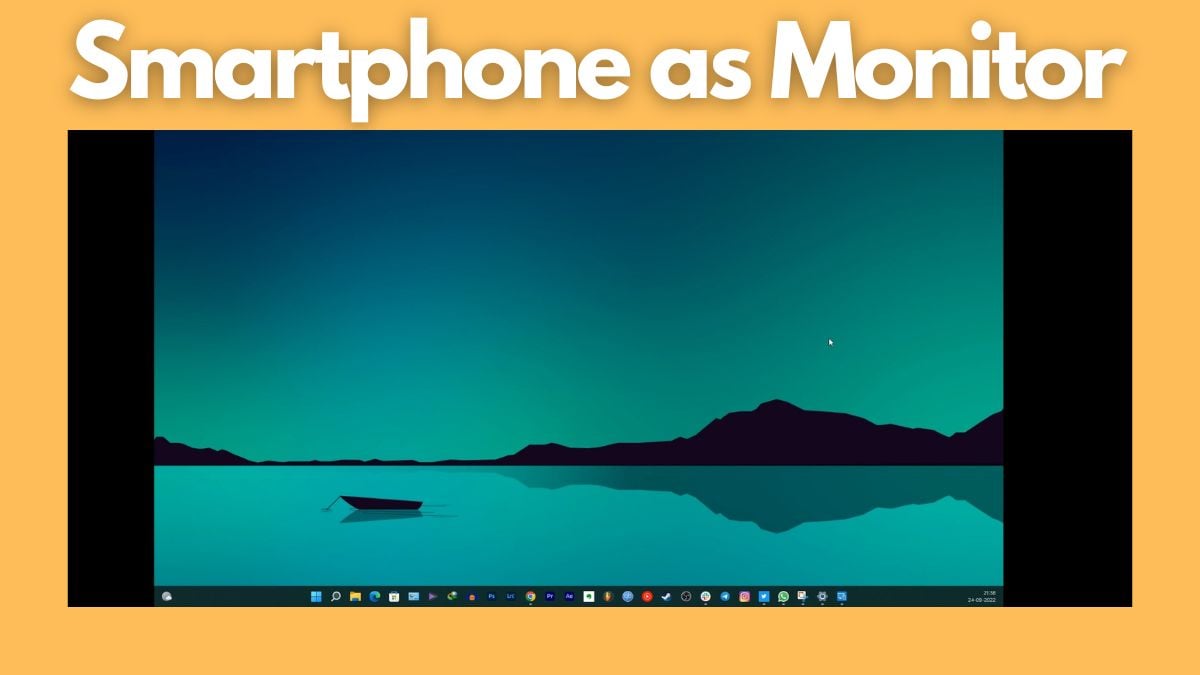 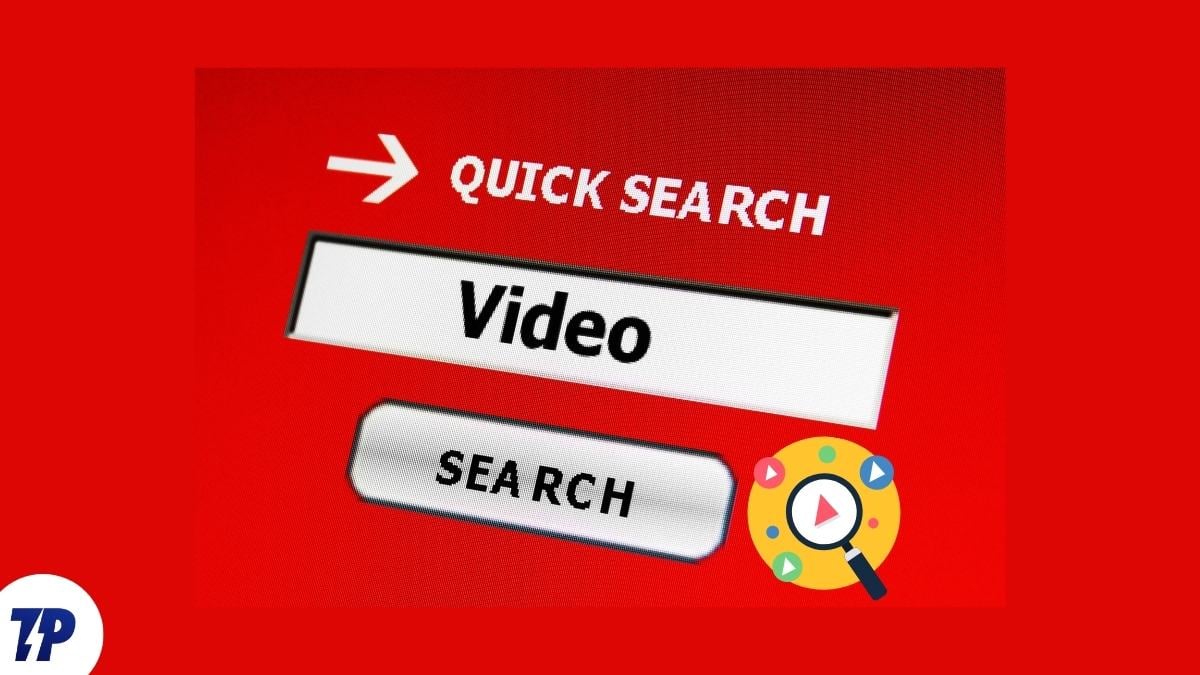