Not everybody can afford a tablet these days, and these gadgets seem to have kept an aspect of welfare. If you have a tablet in the range of $500, then it means that you are not a poor person, that you love technology; it is like an indicator of your social condition. When it comes to doctors, engineers, architects or artists, the meaning of the tablet goes beyound that. They no longer use it for content consumption but as productivity tools. Therefore, a question arises: is your finger more productive than a pen or specialized stylus for your tablet? If you ask me, it is not. 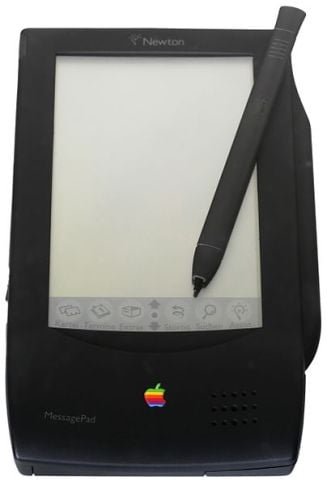 Do we Still Need Pens For Tablets?

It’s a pretty well known fact that Steve Jobs and his crew supported the fact that users should interact via gestures with their iPhones and iPads, as the hands-on approach provided customers with a much richer and intimate experience. Apple did try to test the success of the stylus in 1993 with Newton MessagePad (I still find it to look great). In the biography of Steve Jobs, Walter Isaacson discussed with the late Apple boss this issue, referring to the dawn of the idea that was attributed to a Microsoft engineer who had a reputation of saying too much at parties:

“But he was doing the device all wrong. It had a stylus. As soon as you have a stylus, you’re dead. This dinner was like the tenth time he talked to me about it, and I was so sick of it that I came home and said, “F**k it, let’s show him what a tablet can really be.”

With the increased popularity of the iPad, came the age of oblivion for the stylus. People seem to have been mesmerized by the power of touch gestures and almost abandoned the concept of the pen. But these days the technology seems to be coming back. It’s like in fashion when some trends are adopted and then discarded and when the right amount of time has passed, the dogma shifts again and the old fashion is reinstated.

Galaxy Note, Living Proof That we Need The Pen Back

This reinvention of the concept might be attributed in part to the super success of the Samsung Galaxy Note that shipped 5 million units in just 5 months. The 5.3-incher hybrid between a phone and a tablet (the phablet) has been one of the few devices who managed to bring back the stylus in the business and not repel people. In fact, people love it more than ever judging by reviews and sale numbers. It will be curious to see sales numbers for Galaxy Note tablet, because that’s what we’re debating here – whether or not your tablet needs a stylus. 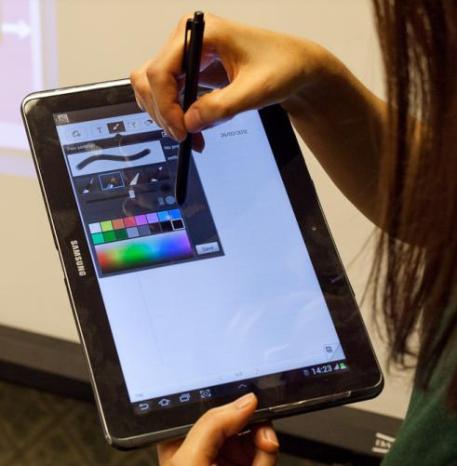 Sure, we can go beyound that and assume that smartphones would need pens, as well, but when you think about it, a pen or stylus has more use with a tablet, then a smartphone. Maybe that’s why Samsung decided to come up with the phablet, to test the waters and see whether consumers will like the concept or not. And it seems that it was a good experiment. Going by the same logic, we could ask if a tablet needs a keyboard, as well, and bring in the discussion such models as Asus Transformer Prime.

The Galaxy Note stylus is mostly used for sketching drawing or making notes. Samsung has been highlighting this particular detail and advertising the idea that some actions like drawing on photos, sketching equations or shapes is far easier when using a stylus. Samsung might have a point. As consumers start to shift from using the tablet for entertainment purposes only to using it at the office or for doing creative work, relying only on your hands might not be the option anymore. Think of the artist wanting to create a piece of digital art or a grad student trying to insert some pretty complicated formulas.

The Stylus Was a Part of First Tablets

The stylus concept can be dated back to the 1980s and early 1990s when the stylus pad attracted many eyes as many tech companies rolled out supportive tools for stylus technology. Microsoft was one of them. Twenty years ago, the company released a special Windows for the stylus computing system. Companies like Toshiba, IBM or Fujitsu released a whole range of tablets and they all relied on the stylus pads as input modes. 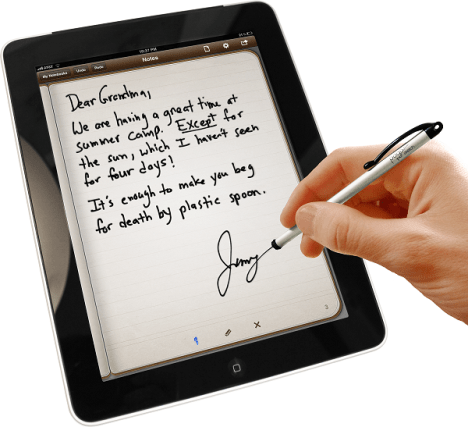 Styluses have evolved quite a bit themselves and they are not what they used to be. They have gained features, sport an attractive look and come with multiple capabilities. Let’s look at a few examples. First off we have the Pogo Stylus which comes in two varieties: the Pogo Stylus and the Pogo Sketch. You can find them in most Apple stores and come in different colors with a price tag of $14.95.
Artists on the other hand might like to try the $39 Nomad Compose by Nomad Brush. There are many other awesome iPad stylus out there that you can use.

Why would this stylus be perfect for drawing? Because it has been designed especially for the iPad and because it works in strokes and dabs. Switch the pen over and you get another brush especial for precise painting. Nevertheless, it doesn’t matter if you are an aspiring artist or not. Think about the situation when you are somewhere in the cold – maybe you live in Finland and you are wearing gloves. Can you use a tablet? Probably not. That’s when a handy stylus comes into the picture to get you through the day.

There are also gloves for the touchscreen surface but they come with a price, too. I’ve used the Galaxy Note tablet for some weeks and I must tell you that I was very pleased with it. I am not a painter but I saw friends of mine creating real works of arts with it. Also, there are many specialized applications for your stylus. If Apple would come with an official stylus for an upcoming iPad, then that would obviously mark the comeback of the pen.

For those who need to be taking notes a lot, like to draw or mix text with drawings, sketches, formulas, annotations and more, the stylus is a perfect match. If you’re like me and you take tens of notes everyday, then a tablet + a stylus will be of great help to you; if you just use your tablet to see movies, read news and browse online, then you don’t need it.

Was this article helpful?
YesNo
TechPP is supported by our audience. We may earn affiliate commissions from buying links on this site.
Read Next
14 Best iPhone 14 and iPhone 14 Plus Cases
#Accessories #ipad #tablets 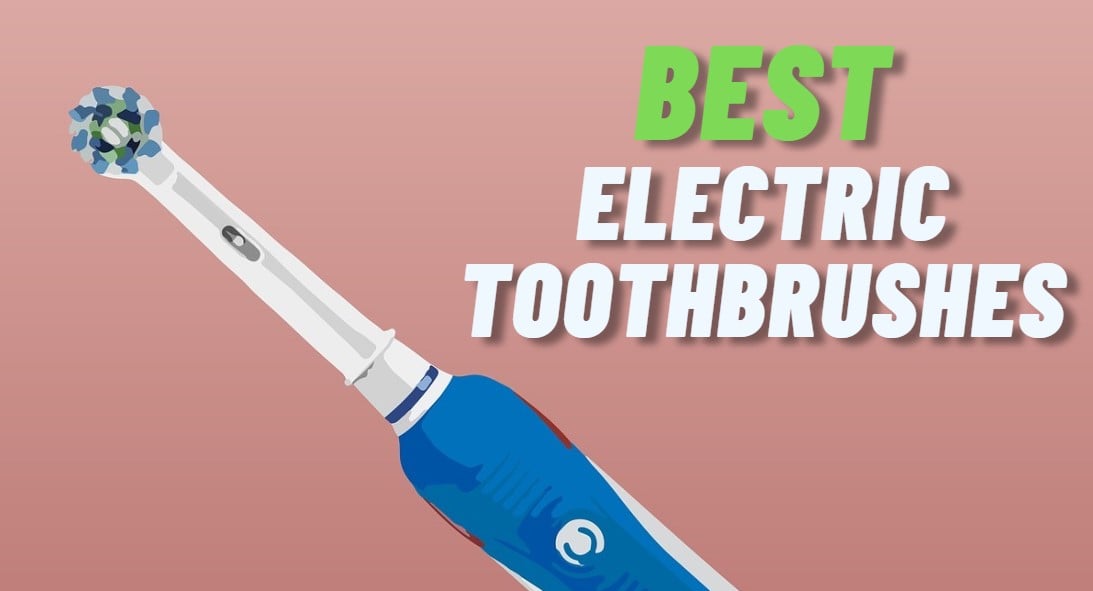