I really don’t need your glasses, Google. I would be very happy if I could have a lot more battery life for my Android smartphone or tablet or if I could be able to wirelessly recharge all my electronic device and being able to get rid of all these endless plugs. That’s something that I would love to have and a product like that would have mass adoption. This is what I’m hoping to see from you, Google. I didn’t want to write a post praising the upcoming (this year, next 5 years or in 2020?) magical product from Google because it didn’t seem like a good idea to me. 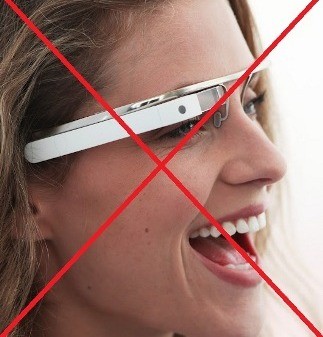 I decided to let things cool down and see what people think about it. At least, from where I stand, Project Glass is what it should be – a project and I don’t think we’ll see those fantastic glasses any time soon. If you ask me, I think Google and companies alike should focus on solving stringent issues of our digital lifes before luring us with almost hollow promises.  Why not focus on solving present issues and then moving forward with the development of such incredible products as Google’s Glasses?

Call me naïve or childish, but I really think companies like Apple and Google have the power to change the world in different ways than they’re doing it right now. Apple can easily become a superhero company if they have the will and I think Google could do the same thing. But no, sir, they want to give us Terminator glasses…As if Google doesn’t have enough issues on their shoulders right now. Remember the fat people in Wall-E and how dependent they were on technology? Google Glasses could be a step toward achieving that unwanted reality, suggests Brian Humpel.

At the moment, we don’t have other information about Project Glass besides the video above. Basing my assumptions on that video and what has been written in the blogosphere and on technical websites, I think Google’s Glasses need a lot more work before they will be commercialized and there are quite a few issues with their day-to-day use. According to Robert Scoble, the model that Sergey Brin was wearing was actually a prototype and it was able of performing some activities as advertised in the video:

“Sergey wouldn’t let me wear the Google Glasses but I could see they were flashing info to him.”

Everything looks great in the video and the first feeling you get is that you want those glasses really bad! “Shut up and take me money”, many gadget lovers would say. But, are they analyzing enough the impact those glasses could have on their daily activities? The first thing that struck me was that my field of vision would be impaired by all those icons, maps and graphical overlays. Sure, they’ve thought about that and it appears that only my peripheral vision would be affected. But, hey, don’t I need that, too? Let’s suppose a car could hit you and you wouldn’t be able to see it because you were too busy sharing some pictures on your Facebook profile…Pretty stupid, right? 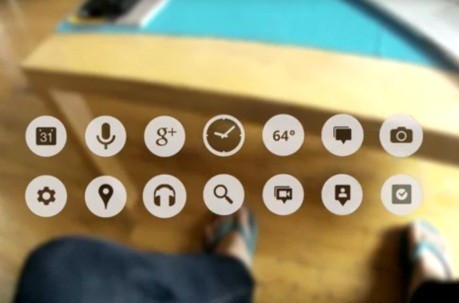 Wired comes with a very interesting approach and suggests that, in fact, that video was a publicity stunt and that Google’s not capable of delivering that technology. Blair MacIntyre sheds some light and destroys the hopes of many fans around the world:

“You could not do AR with a display like this. The small field of view, and placement off to the side, would result in an experience where the content is rarely on the display and hard to discover and interact with. But it’s a fine size and structure for a small head-up display.”

You should not forget that this is only a concept video and at the moment, it’s almost impossible to come up with such a piece of technology. And it’s not something new as many suggest, the term of ubiquitous computing has first appeared at the beginning of the ’90 and would mean something like this “machines that fit the human environment instead of forcing humans to enter theirs.”” Do not confound that with augmented reality, even if it seems to be the same thing

Head Mounted Display on The Market

More closer to the reality of our days are Epson’s Android glasses, perhaps, that come with quite a price tag, as well – $700. You’ll actually be surprised to find out how many things they can do:

If these glasses from Epson cost about $700 and they are able to do these things, we can only suppose that Google’s visionary glasses won’t be quite cheap. Sure, wearing Epson’s glasses won’t leave you unnoticed and I am not sure they are that suitable for outdoor activities. But that’s what you should look at to get a more realistic idea of what Head-Mounted Display reality actually is. Another relevant example is Sony’s Personal 3D Display Viewer. As well as Epson’s Android glasses, Personal 3D Display Viewer is also designed for home use. 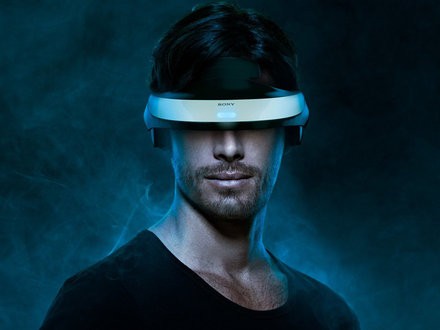 Don’t get me wrong, Google’s Project Glass was an absolute stunner for me but I don’t think that it genuinely represents the level of current technology and maybe that’s why they call it –“one day”. And I really don’t think Google knows more about projection than Epson or about content rendering experience than Sony. I still remember with nostalgia such products as Glasstron. Don’t think that Epson and Sony are alone in this; if you’re a skiing lover, then you probably heard about Recon Instrument’s HMD. Also, let’s not forget that some pilots have also some special head mounted displays, so there’s actually nothing with Google’s idea/concept at it should be treated like that.

Do You Really Need Them?

But a product that really made an impression on me was Lumus’ glasses and I had no idea that such glasses already exist, albeit there’s been enough news covering about them. Nor did I hear about Vuzix’s glasses until the previous week. By seeing that the head-mounted display niche has quite a few names, it makes me think and realize once more that Google has the power to market such a device as nobody else but they should be very careful in how they’re crafting the product.  Sure, they will be great, but think about it – how would the world look like if everybody were wearing these devices? Isn’t there too much information, already?

Do we really have to know all that information, do we have to feed this hunger to be always connected? I like the fact that you could take pictures and instantly share them (or safely storing them somewhere) but wouldn’t you appear as a freak talking to yourself all that time? Judging by the video, most commands are voice activated. Sure, that could be the least of your concerns if such a product becomes reality, but still…Let’s hope you don’t make the wrong type of sounds, as I agree with John Dvorak from PC Mag saying that Google’s Glasses would be good to watch porn…

Also, don’t forget Apple, people! Let’s not forget that it is they who have Siri, it is they who have such a powerful sales booster as the iPhone. Recent reports even suggest that the next iPhone could have augmented reality features. Add to that the fact that Siri will have to be much smarter and evolved and you’ve got yourself more real competition from Apple to a Google product that we aren’t even sure will be launched in the near future.

Patents don’t get created out of thin air and if you want to enter a certain market, you either have to buy a company with a great history and huge know-how (Google-Motorola deal, in our case) or you have to come up with new, totally independent solutions, harvested in your own labs and by your own scientists (Google X labs, in our case – which managed to bring the self-driving car, for instance).

A number of parodies appeared on the web, shortly after Google made public their project. Many things that are brought up in these videos are actually following a strict line of logic and reveal why Google’s Glasses are more of a visionary product than you’re probably thinking.

Maybe I just don’t like wearing glasses (but what will do those that have to wear real glasses, will the put them over these … ?). In fact, besides those very sunny days, (I tend to watch directly at the sun when there’s normal amount of light, to improve my vision) I don’t wear glasses at all and I think I am not they only one. The idea of having something in front of my eyes that could interpret the reality and give me lots of advices is in the same time awesome and stupid.

Maybe I don’t want to be dependent to my social profiles, maybe I want to see the rain catching me without umbrella, maybe I want to get lost and discover a mysterious new place, maybe I want NOT TO KNOW where my best friend is so that he could surprise me from my back. No, I really don’t need your glasses, Google.

Was this article helpful?
YesNo
TechPP is supported by our audience. We may earn affiliate commissions from buying links on this site.
Read Next
Wear Graphene Gamma: One Jacket to Rule Them All
#augmented reality #editorial #Google Glass #wearable