This week, we finally got the new Chrome OS update, the Aura user interface that was quite a shock for many of us who tested it. Users who rush to install the brand new release are in for a little surprise: Chrome OS seems to have morphed into a desktop-like operating system, slowly, unseemingly sailing away from the cloud OS concept . The new user interface has been baptized Aura and comes packed with a Windows-like taskbar (this is the best comparison I could find). 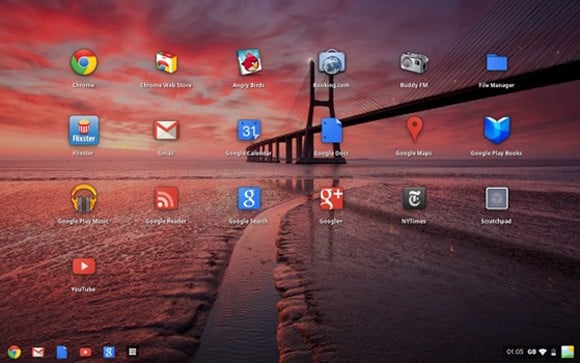 Basically, you have Windows, Linux and Mac OS all mashed up together in what we should refer to as the Aura experience. The new update also makes use of some hardware acceleration for revealing the information on screen including animations and special effects. Aura started off when the Google team wanted to create a new desktop window manager experience that could offer heart stopping visuals and effects that rely on hardware acceleration.

They wanted to produce something that could be available on multiple platforms and at the same time provide multiple monitor support. Chrome OS used to offer users the ability to access a single browser window at the time. When you were in need of using an app, for example, you had to open a new tab first and look for the right application. That’s not the case anymore, thanks to the new app launcher that’s very reminiscent of Launchpad or the Windows taskbar, if you like.

Aura UI is probably just the start of this update and we will be able to experience more novelty soon enough. Back when the Chrome OS was first launched, Sergey Brin stated that PC operating systems were obsolete and they were“torturing users” and boasted that the new OS was supposed to be about speed, simplicity and security. But the new operating system doesn’t bring so much in terms of functionality.

There are no major changes. In fact, it seems strange that Microsoft is re-designing the whole desktop experience with Metro while Chrome OS seems to be going back to the roots and offering a more Windows-like experience, at least in terms of visuals. Is Microsoft thinking more like Google and Google more like Microsoft or it’s only a deceitful move?
Chrome’s engineers think that Aura is a

“user interface framework for Chrome UI” that offers “rich visuals, large-scale animated transitions and effects that can be produced only with the assistance of hardware acceleration”

The main goal for the team was to break the Windows APIs and GTK bonds. Even if Chrome was originally designed for Windows, a lot of Win32-ism can be found aboard the new ship. Aura’s source code is still open for developers who want to try their hand in the Google sea.  The changes, nevertheless, will start emerging slowly in Chrome or Chromium. Chrome fan Francois Beaufort has already assembled some interesting videos to get the developer taste going. 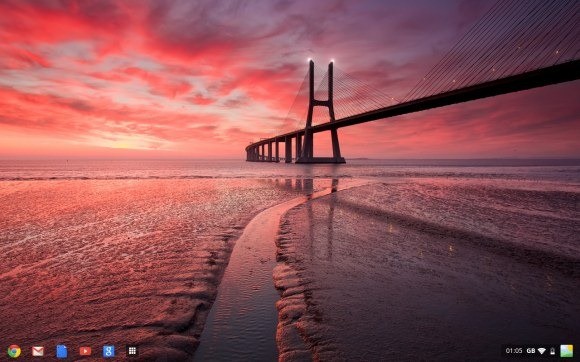 Some of the most important changes that come with this update are:

So far, Chrome OS has proven quite difficult to sell. Let’s face it. Most of the stuff you can do on a Chrome notebook you can do with Windows, Linux or Mac so users might be reluctant to abandon their old ways and go on the new Google path. The Chrome OS does, however, provide tighter security integration because users are not involved in downloading or installing apps. Everything is based online. Chrome OS is basically running on the cloud.

At the moment, the Aura UI update is still worked on in the developing labs for the Samsung Series 5 and Acer AC700 Chromebooks. For Cr-48 notebooks there is no going forward, they will have to make do with the current version of the OS. Many Chrome OS fans will find this update useful while others while hate the fact that it’s going to be somehow similar to Windows.

Why it Makes Sense to Have 2 Chrome OS 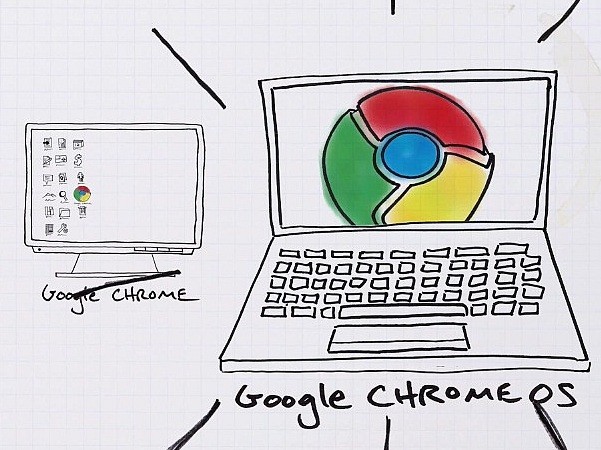 Windows, at the moment, has:

Going by this logic, and if Google wants to seriously enter the hardware market, then they’ll have to come with a very powerful, versatile and consolidated operating system. I admire the concept of cloud power mainly because it offers security (if you think cloud storage means security, that is) and blazing fast speed. But then again, that’s just me, because I have to read tons of articles, news, reports every day; because I have to write a lot and because I live online most of the times. And, we can all agree that this is actually a narrow niche.

For mass adoption, Google needs a more mundane operating system. One that would appeal to all kinds of users: kids, pundits, girls, old persons, n00bs and geeks. They could be even more slick and have two version for Chrome OS: one for casual use, by everybody and one for speed, accesibility and security purposes. I can even try to put some names for them, that I think would be great

One question arises, if Chrome OS Speed will inherit what actually makes Chrome OS great, what will there be left to the other Chrome OS version? D0 you really think Windows 8 or Mac OS X, or even Linux are perfect? I think they are not. Do you think the OS market is crowded? I think it’s not. Chrome OS Speed will obviously succeed because who knows the web better than Google, right? Chromebooks aren’t yet selling like hot cakes because they aren’t targeting a broad audience. 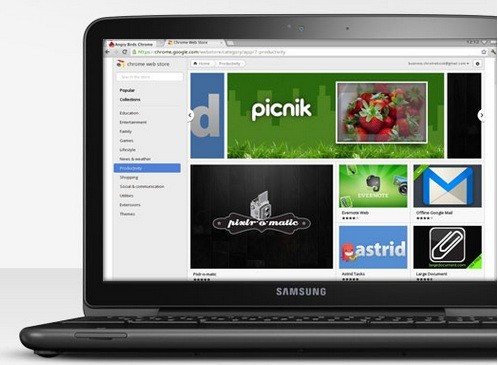 If you’re a teenager or if you only want to have fun or get relaxed, you’ll want to play a game, and not a simple game, but one that would require some resources. Or you want to see a BluRay movie or maybe you’re a 3D render expert. Sure, many folks will say that hardware is what does these things, that if you’ve got yourself a beast, then you don’t have to be afraid. What happens if you have a screwy OS? Will it still be able to let you do all those things? Obviously it wiill not. That’s why a desktop Chrome OS should speculate on other players issues and try to implement innovating changes:

I don’t think Windows 8 will chome cheap, as previous versions didn’t have a low-entry price tag. Apple’s OS X Lion is much, much cheaper, that’s for sure. And that is sometimes a deciding factor for many consumers. Google has the power to market an eventual desktop Chrome OS so that it wouldn’t end like Linux, a very impressive OS but one that failed to reach mass adoption.

Chrome OS, the desktop version, doesn’t need to be without cloud features, at all. It should have some cloud features, as well, and very important, virtualization should be allowed, thus resulting in a quick widespread of the product.

Apple has done the same thing by being different and they’ve magically suceeded. I am not saying Google should launch a different product that would compete Microsoft Office, for example. I am only suggesting they should extend Google Docs and endow it with rich features

They are the ones that are going to make your product much more diversified. Google needs to offer its support to them and make it a consumer-developer experience. We’ve moved into the store era, where people needs apps, games. Microsoft’s move to include the Store in Windows 8 should tell a lot.

Let’s hope that Google will be able to allocate some of its resources and that they will actually launch 2 Chrome OS. There’s zero official information regarding this and it’s only a product of my imagination. But, oh boy, wouldn’t I want an OS that could deliver all that I need it to…Come one, Google, be a good boy and put something great in front of my hungry eyes…

Was this article helpful?
YesNo
TechPP is supported by our audience. We may earn affiliate commissions from buying links on this site.
Read Next
How to Quickly Convert Images on iPhone and iPad Using the Files App
#apple #chrome os #google #microsoft