Amsterdam is a beautiful city, with incredibly nice buildings and not so affordable prices. Well, at least not for guys like me, and not for those start-ups that are there to seek funding rather than to spend money. So, plan your trip carefully if you’re going to The Next Web Conference next year. During this period, I suppose prices are increased due to Queens’ Day on 29t April or Koninginnedag as it is called around here.

The Next Web Conference. Getting there didn’t represent a problem, thanks to the helpful tram rails in Amsterdam. Once I got there, I was greeted by a sign that told me where to head to for the conference. Being the first time here, I got excited about it. This year, the conference is held in quite an exotic venue that looks good both from the outside as from the inside.

The first thing that struck me was the presence of Russians, Ukrainians at TNW Conference. At the party before the conference (which was pretty crowded, by the way), I discovered that TNW is sponsored by Yandex.com, which I know to be the most popular Russian website. That’s when I should have predicted that there will be plenty of Russians at the event. Somebody please enlighten me as to why Yandex has decided to sponsor the event as I still don’t get it… 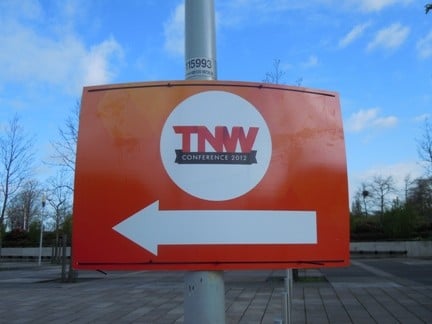 Moving forward, I noticed the presence of women, as opposed to Mobile World Congress, for example. We even had a great speaker woman. Talking about types of people and nations, I also didn’t see too many Asians at the event, it seems that gadgets are their thing, not start-ups.

I think that 65%+ of the audience had at least one Apple device (would be good to have some stats on that). I stayed only in the Blue Room, too bad I couldn’t see start-ups in action, but we did manage to see the finalist. The Wi-Fi worked pretty well for me (the connection dropped dead only a few times) and I am really thankful for providing outlets. I still don’t understand why there weren’t outlets at Mobile World Congress…

A big advantage of The Next Web Conference is the ability to connect with important people in the field and, if you are bold enough, to have an interview with them. We’re preparing some goodies for you at TechPP as we’re planning quite a few important names. We already have the interview with Robert Scoble done (soon to be published), which was very interesting! So, for press, this is a great opportunity to have talks with some big names in the industry and get to personally know them.

I am saying it again, the event was well organized, maybe because there were only 2 rooms and a main hall with all the start-ups. We did write about some start-ups and we’ll share the information with you quite soon. The majority of them were great start-ups, but many weren’t oriented on consumer technology, but rather on B2B. 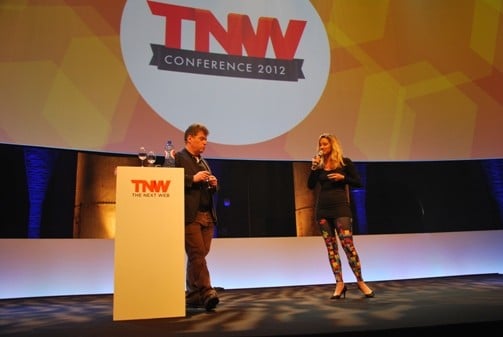 I don’t know why, but speakers didn’t impress me too much or, at least, they didn’t impress me as much as they should have done it. I was expecting more powerful messages going from their presentations. Dagan Cohen impressed me with his Upload Cinema idea and he managed to make everybody laugh with those cute cats in the video. Andrew’s Keen speech is one that you simply are not allowed to miss! And, of course, Robert Scoble’s presentation.

What was awesome for me was that I managed to discuss with The Next Web’s CEO, Zee M Kane, and I thank him once more with this occasion. The beer and coffee was great and kept us all focused. I only wished I could be in the Green Room, as well, to be able to see the Start-Up rallies. 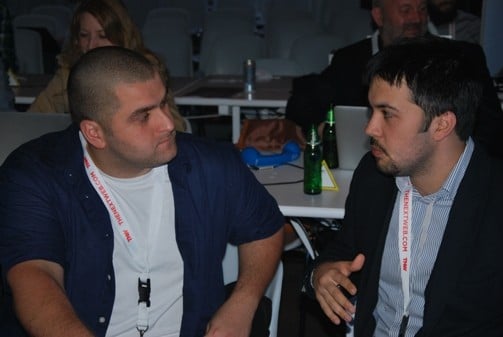 A good idea for the future would be to bring more speakers on the stage in the same time. I guess that if Andrew Keen and Robert Scoble could debate on-stage, that would be quite awesome and would add a sparkling light to the event. I must congratulate the two presenters, one of them being the founder of The Next Web – Boris. Looking forward to Day 2 of The Next Web Conference, stay tuned! 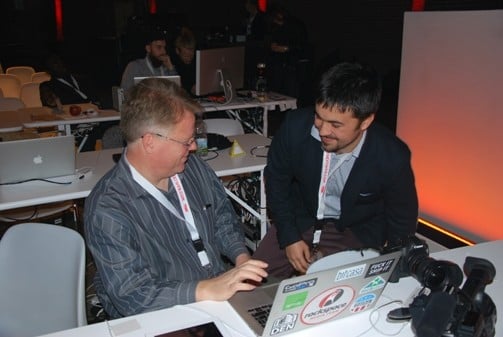 Was this article helpful?
YesNo
TechPP is supported by our audience. We may earn affiliate commissions from buying links on this site.
#the next web #the next web conference