We live in a world that abounds of information. It breaths with us, it feeds with us and it has become part of us. But in the madness of being bombarded everyday by thousands of pieces of knowledge, we can’t stop for a moment and think. What is the simplest and most efficient way of isolating real, tangible information? How can you get what you really need and not to sweat over it? 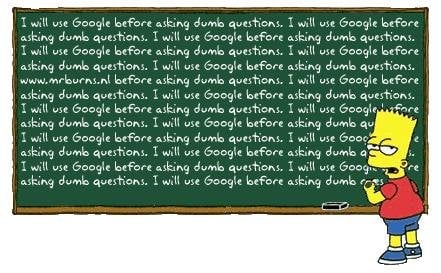 I thought for a long while that news aggregators could be the solution of delivering curated information, to our mind’s doorstep, but somehow I got disappointed. I still believe news agreggators should transform content curation into art, but I realize that we will be left with search engines and it will take a lot of time until more liberal mechanisms will be invented.

Which Search Engine Delivers The Most Needed Information?

Online information is an especially tricky business. It comes in massive amounts. Just consider this. Every minute, 60 hours worth of video is uploaded on sites like YouTube, 200 million tweets flow into cyber space every day. Has the world substance been changed to information and if it did, are we made of the right kind?

The Internet is, without any doubts, the most powerful informational tool ever invented. That’s why Google is making loads of money, because they are synonym with Internet for many. The act of searching on Google equals with the act of being online. But how honest is that? Why should Google be the single, biggest player in this market? And most of all, how clean is the information that they provide?

Is Google Becoming Too Commercial?

The biggest and most popular search option – any 8 year old would know – is, of course, the mighty Google, but even with the high and mighty status, the company keeps performing poorly when talking about delivering clean, conclusive search results. Why is that? Google has the nasty policy of showcasing results that come from its affiliated sites or Google plus pages. So what happened to relevance and getting quality information? 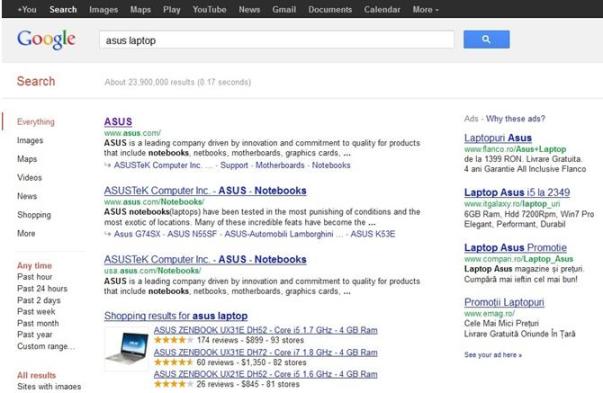 Google seems to be, sometimes, unaware of the concept and is thinking only of pushing its products up the consumer’s throat. On top of that good old Google offers lots of useless and annoying advertising, while delivering a lot of websites that prompt you to shop for things. Let’s say you are curious about Asus laptops, you want to read about specs and user comments. What do you get? The official website of course, and then lots and unnecessary shop hits. Isn’t that the point? You get informed first; you just don’t jump to buying right away.

Also, Google recognizes your country of origin. So, if you are from Sweden it will automatically display search results that are closer to home, even if you don’t want that. After all, you might be trying to write a paper about Asus processors, not to localize the nearest shop to you in Stockholm. The annoying part is that there is no way for users to disable that (I am talking about easy, user-friendly solutions).

Consider turning your attention to Bing. Yes, the product has received its fair share of critique in the past but consider this. Microsoft has just launched a new improved and redesigned search interface for Bing that is clean of all the impurities you might stumble upon in Google. For those familiar with Bing, the first difference you will notice when you will try the new version is that the left sidebar has been completely obliterated.

Some of the information you would have found on the left has been gracefully moved to the right side, but other chunks are completely missing. Users will be also greeted by a new brushed up header that features a new color scenario and layout that is a lot more attractive. The annoying feature of localized search results does not disappear in here either, but at least we are spared of the useless advertising. Other search engines are trying to make it as well. 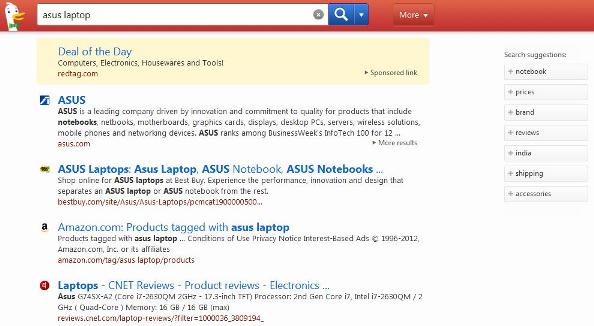 Take the young DuckDuckGo website that offers users one of the most sought after practicalities users are after these days: privacy! The engine became more and more popular once Google started modifying and adding its new dubious privacy politics that enabled them to track their users. For starters, DuckDuckGo won’t store your IP address or keep logs of your online activity.

And if that is not enough to satisfy your needs, DuckDuckGo is almost add-free, offers pretty straight relevant results alongside search suggestions. Bottom line, there’s no personalization. The DuckDuckGo team does not try to be personalized or shove up your throat information that you might not be needing. Here is the difference. Alexis Ohanian, in the interview that I conducted with him, told me that he also tries to use DuckDuckGo more frequently, so it seems this start-up is getting more traction! Robert Scoble didn’t seem too enthusiastic about it, though.

Google might be threatend by local search engines. Take, for example, Yandex. And even if I am little suspicious of things coming out of Russian, I can say this product works incredibly well. I was surprised to see that Yandex has sponsored this year’s The Next Web Conference. For Google, a good website needs to have unique and useful content.

For Yandex, a good website needs to have a lot of trustworthy links, and unique content is only one of the many factors Yandex uses in its rating. Now, this sounds like the place to be when you are working on a research paper. It’s pretty hard to have a search algorithm that could please all kind of consumers, so can we really blame Google for what it has become or are consumers the culprits?

According to compete.com this theory is a real possibility and the process of Google’s degradation has already started. The research conducted showcased that Google search engines (Google and AOL) had 69% in July of 2011, but that percent succumbed to 68.3%. Bing on the other hand, had 31% in July and managed to climb a little to 31.7%. This might be considered fluctuation, but with new search engines gaining more and more territory this might turn into a steep slope for Google.

Consider another fact, Robert Scoble thinks that Facebook is on its way to building its own search engine. He also made a point in saying that Google is under heavy attack by Facebook. Will the social network take it to the next level? Can you imagine, asking your friends where to dine in Amsterdam, instead of just looking it up on Google? Maybe you should.

Add to an eventual search engine from Facebook the threat of local search engines and those like DuckDuckGo, Blekko, Yandex, Baidu and many others and you’ve got yourself a possible decline for Google. How will the world look like ten years from now? Can we quit Google?

Was this article helpful?
YesNo
TechPP is supported by our audience. We may earn affiliate commissions from buying links on this site.
Read Next
Google Pixel 6a: Underdog of the Android World
#duckduckgo #google #Google Search #search engine