What has been the most annoying problem that smartphones users had to deal with ever since the introduction of such gadgets? Battery problem. Every single avid user of smartphones will tell you that. The power drainage results due to the fact that Internet surfing or app use is excessively demanding on the battery, so you are lucky if you get a full day of nonstop working on your smartphone.

Extend Your Smartphone’s Battery by 2 Weeks! 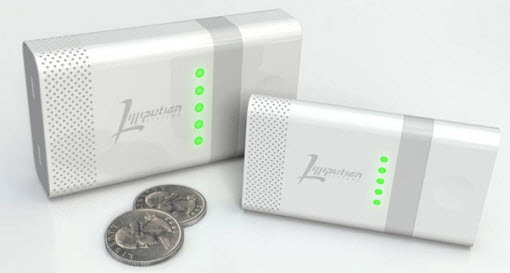 So what do you do if you are on a move? Pray to find an outlet and if not be stuck without the functionalities you signed up for. From now on, an alternative will be available. After more than 11 years of working on the project and spending $90 millions in the process, Lilliputian Systems is finally ready to release to the public its butane-driven portable battery charger. The portable battery charger is said to keep your smartphone charged for up to 2 weeks!

We know how frustrating are the issues with battery life, be it an iPhone or Android device. Some of us were hoping to see the battery issue addressed in Ice Cream Sandwich; sadly, that didn’t happen. For many of us, especially those on the go, extended batteries are the best and most suitable solution.

How Does it Work?

This week, the company has made the announcement that it will partner up with Bookstone Inc. who will be in charge of promoting the portable device charger. “Today’s Smartphones use much more power, increasing the need for a more efficient way to recharge when on the go,” stated Steven Schwartz, Vice President of Merchandising and Product Development at Brookstone.

The charger itself should be the size of a thicker smartphone and the secret of its long life is that it uses butane cartridges as an energy source thus converting butane into precious electricity. The device will then be charged using this electricity thanks to a USB plug. It sounds incredibly easy. The butane cartridges are very small and could be compared to a cigarette lighter and will cost as much as a cup of coffee at Starbucks according to an executive from Lilliputian Systems.

Get Lost in The Wild With This Portable Battery

The charger is a standalone device that is very light and will be used to power all sorts of electronics, via a simple USB cable. Users will plug in to restore life in their smartphones, mobiles, MP3 music/video players or digital cameras. The good news doesn’t end here. The charger offers the possibility of being used for multiple systems thus minimizing the amount of cables and accessories one would have to carry along in an eventuality of a trip.

This week the product received the green light in order to pass through detectors at airports from the UN International Civil Aviation Organization (ICAO) and by the U.S. Department of Transportation, so everything is set into place for the market launch of the device. Lilliputian Systems has managed to develop the world’s first viable solution that applies to a vast array of consumer electronics.

The biggest surprise is that it has been proved environmentally friendly as well. Big shot companies like Intel noticed Lilliputian Systems’ ingeniosity and two years ago started financing the company in order to produce structured silicon chips with an added Lilliputian ingredient – solid fuel-cell membrane. Will you still be needing SpareOne’s 15 years of battery life anymore?

Was this article helpful?
YesNo
TechPP is supported by our audience. We may earn affiliate commissions from buying links on this site.
Read Next
Dear Brands, can we have phone prices without asterisks please?
#battery #smartphone