All owners of Android smartphones have tasted the bitterness of the poor battery life of these devices, and have struggled to make them last longer, but even so, they hardly cross the 2 days mark. Although smartphone technology has gotten a long way, having more powerful processors, bigger screens and more memory, the technology of their batteries has stopped at some point. 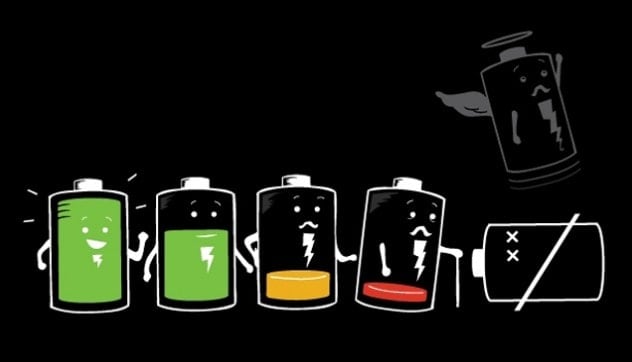 There have not been improvements one a wide scale to make the batteries last longer. Some of use hope that fuel cells will provide the needed solution. It would seem that the manufacturers of the other components have invested in making them more energy efficient, and therefore making devices last longer. Intel has released the new 22nm chip, the Ivy Bridge that is up to 20% more energy efficient than the previous generations, Samsung has released the mighty Galaxy S III with wireless charging capabilities, but even so, these so called “mobile” devices are not truly mobile, having to be recharged daily.

Why smartphones drain the battery so quickly? The question that everyone thinks of has a pretty easy answer: the components that these devices have installed on them, the components that make them smartphones. The screen is in most cases the biggest power drainer of all. Even with Super AMOLED and other such technologies, this component is still the biggest power drainer of all. Also, processors and memory are big power drainers. Wi-Fi is another great example of power drainers that runs your smartphone dry. And yes, your iPhone also needs apps and tips for a better battery life.

If you wish to increase the battery life of your Android smartphone, there are a few tricks you can try. However, these will not make your phone last a big period of time, but they will give you a few hours of extra battery life, and in smartphone standards, that is quite a lot.

10 Apps to Save Battery on Android

There are lots of such apps available on the Google Play Store. Some work better than others, but if you keep in mind the tips above, then you can make your Android smartphone last longer than ever. 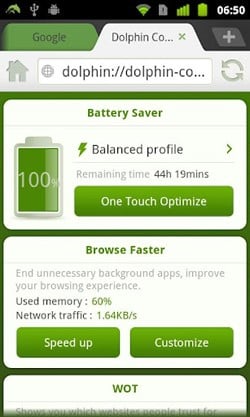 This Android battery saver is one of the best I have ever used. It comes as a add-on to Dolphin Browser and it gives you complete control of the power options of your Android smartphone. You can chose from a preset list of battery saver profiles or create your own profile and select what apps or services your device can run. 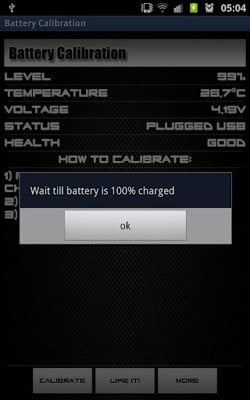 If you think your battery runs out faster than it should, the reason might be that it’s miscalibrated and it shows you a false value. To resolve this issue you might want to re-calibrate your battery. This will ensure you that it shows the actual level of the charge. And from here, you can start saving battery and make your device last longer. 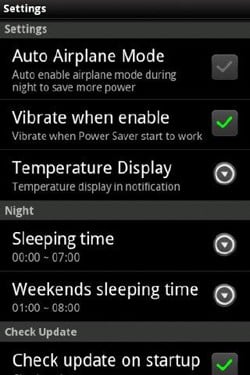 Battery saver is a great app that allows you to better put to use the power saving features of your Android smartphone. Set up a sleeping schedule for your device and it will save power and make your device last longer than ever. 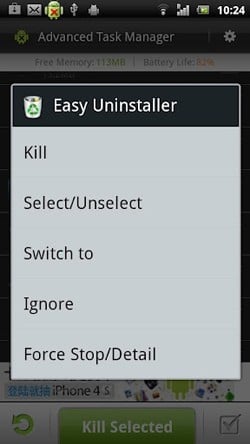 Task killers give you control over the apps that run in the background of your Android smartphone. By closing these apps, you can extend the battery life of the smartphone. Also, you can set auto-kill option and the app will kill the apps whenever they open. 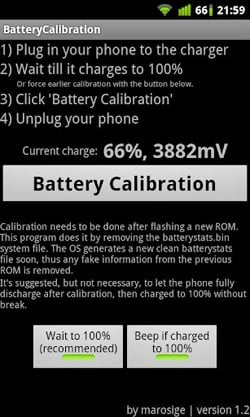 Another Battery Calibrator that lets you take control of your battery and make it show the real value of the charge. Although, keep in mind it is recommended that you use this app after a fresh flashing of a ROM and it also needs root permissions because it changes the batterystats.bin file. 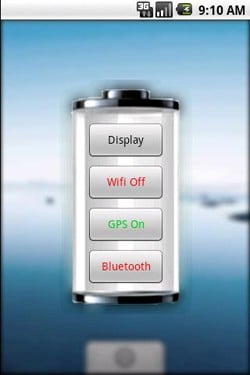 A simple widget that allows you view the state of your battery via a simple 1×1 widget. Also, it allows you to control GPS, Bluetooth Wi-Fi and Screen Options. The first step in trying to make your Android device more power friendly. 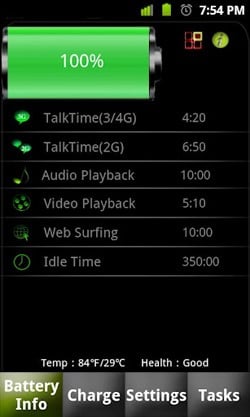 Adjust all the power options for your Android smartphone with just one app. Battery Dr saver allows you to adjust screen timeout and brightness, turn off or on functions for longer battery life and it also provides a great task killer for those unwanted apps that just won’t close. 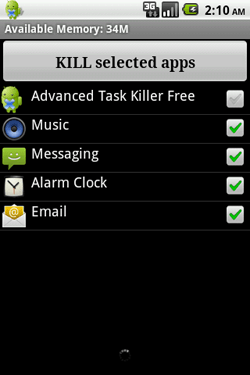 One of the best Task Managers that allows you to kill tasks and therefore save battery life. The auto-kill option gives you control of what apps run in background and it takes on the task of killing them so that you don’t have to stop them every time they start. 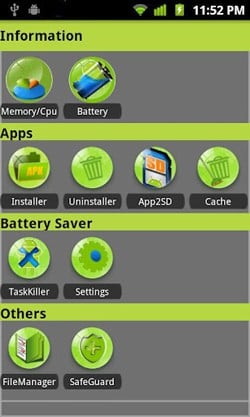 As the name suggest, this app accomplishes what any other app cannot. It combines all the options of your device and it lays them at your fingertips. With its impressive list of features it can be truly called one of the best apps that allow you increase the battery life of your Android smartphone. 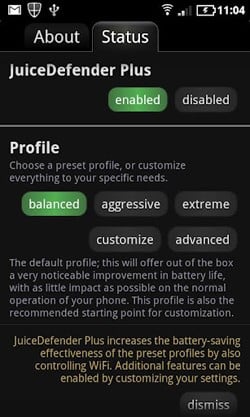 This complete toolbox offers you top of the line control over all the aspects of your Android smartphone and it allows you to set up your device in order to consume less power and keep your battery drain in check.

Also, I have used these apps with great success I might add. I was very pleased with the results. You might want to take a look at them.

I have used these apps, in combination with the tips I provided and I have saw a result. However, do not expect miracles to happen. In some cases, depending on how much I used my smartphone, I had an increase in battery efficiency of up to 5 hours, which is about 25%. Of course, it might seem just a little improvement, but I must admit I felt the difference. And you will too.