Apple made a plethora of announcements during the WWDC 2012 keynote earlier this week, which included the next version of their popular mobile operating system, the iOS 6. In addition to the all new Apple Maps, revamped AppStore, new Passbook app, Facebook integration and many other enhancements, Apple announced the much needed upgrades for Siri. 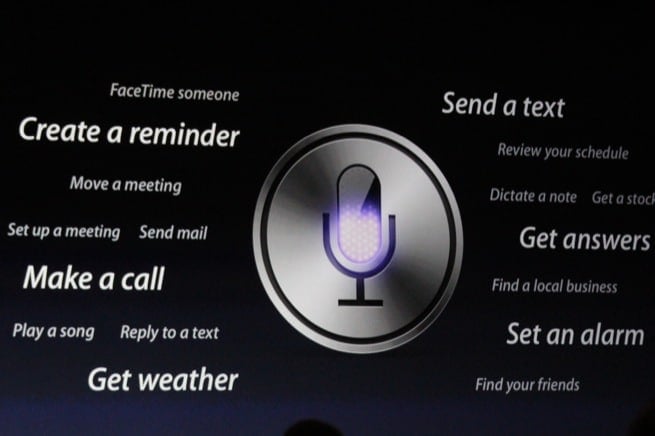 Siri is More Powerful Than Ever

“Siri has been studying up”, announced Scott Forstall. Apple has taught her a lot of sports and can now take and make restaurant reservations though OpenTable. She has also transformed into a movie buff and can now help you out with movie schedules, reviews & trailers. Better still, Siri can now launch apps for you, and can also let you tweet or post Facebook update on your behalf.

Scott Forstall made this announcement-

“We’re now taking local search, which was US-only in iOS 5, around the world.”

Sadly, many blogs interpreted that as Siri’s local search going global. It’s not. And Apple doesn’t even claim that. Though the above statement can fool some people into believing that, Apple’s press release clearly states that “Siri is optimized for use in 15 countries and helps you get even more done with just your voice.” That includes US, UK, Germany, China, and Canada.

Now this is a bad bad news for the rest (majority) of us. Siri is incredibly useful for her ability to do work on our behalf. Finding the best pizza place or the nearest hospital, reserving a dinner table or finding the shortest route, Siri is an awesome virtual assistant one can have. But without local search, she’ll be reduced to a not so useful tool to set alarm or a reminder. 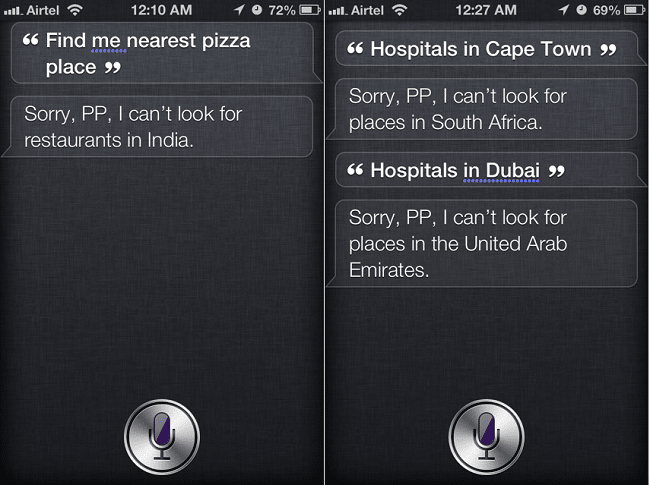 But wait, both Siri and iOS 6 are in beta

That’s right. Officially Siri is still in beta. Even with all the enhancements announced, Apple didn’t mention anything about getting Siri out of beta. And iOS 6 is still in beta version 1. Apple can still get local search included in many more countries before they release the final version this fall. But, will they? I doubt. The reasons are many.

Apple needs to get extremely aggressive to build their local search database across the world, and make it available in iOS 6. I don’t doubt their ability to make it happen, but I really doubt their will to do so. Go crazy and prove me wrong, Apple. I’d be more than happy if that happen.

Update (Sep 13th 2012) – According to iOS feature availability page, Siri local search is restricted to just 10 countries for now. Apple announced iOS 6 GM yesterday and the final release is expected for 19th September. Not much hope for those outside of these 10 countries. Hey Google! Release the standalone Google Maps app for iOS please?

Was this article helpful?
YesNo
TechPP is supported by our audience. We may earn affiliate commissions from buying links on this site.
Read Next
How to Make the iPhone Always On Display Darker or Just Disable It
#apple #Apple Maps #iOS 6 #Siri