“Bond, James Bond”. What a line! This is when spies became cool. With the greatest gadgets, the best cars and always landing the most gorgeous girls. It’s no wonder that many fans over the years saw spies like superheros. But, in order to become a spy, you would need the fun toys they get to play with. Well, in the past, that was quite a problem, but nowadays, you can have the coolest spy gadgets available on the web. If you’d like to spy on your neighbours with hidden cameras, or like to pretend with your friends that you are 007 on a “super secret secret mission”, today’s gadgets allow you to fulfill that childhood dream. 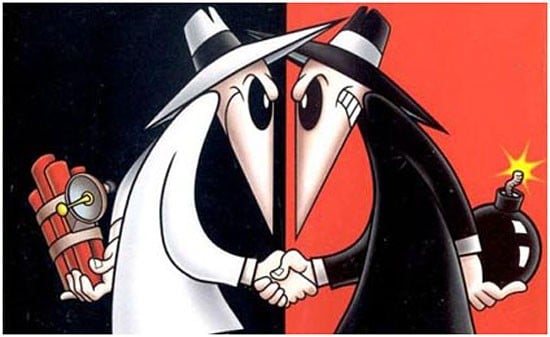 But what gadgets will you need? There are lots of such devices on the web, anything you ever dreamed about and stuff that even 007 himself would have killed for. We’ll take a look at the most important gadgets for a spy and let you know what the must-haves are. I tried to summarize the secret spy gadgets in 6 categories, all of them playing a crucial in a spy’s “life”. Ranging from surveillance equipment to personal protection gear. 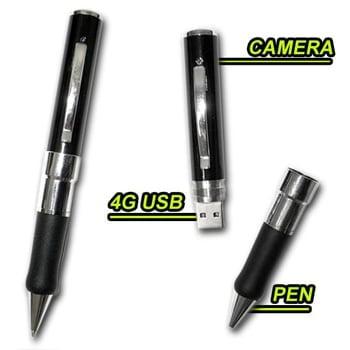 Video surveillance is a pretty much common technology nowadays. Tiny cameras can be implemented in just about any household item and can record via a motion sensor or a continuous shot. Some devices can even stream live video to a computer, making it easy to keep an eye on anyone. Here are a few examples of great video cameras hidden in plain sight:

A device that allows you to record video on a 4GB flash drive and download it later on your computer and review what it has recorded. It records video at a resolution of 640×480 pixels and it is cleverly disguised as a normal ballpoint pen. The pen can store up to 4-6 hours of continuous video, so all you have to do is leave the pen on the desk of your target and pick it up later on. 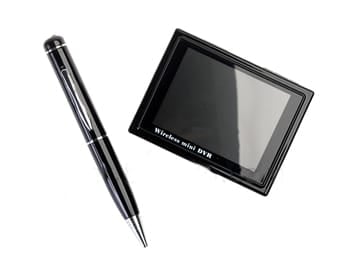 Also, there are other such devices, like the Wireless Spy Camera, that can stream the video feed wirelessly to a DVR which will allow you to see anything and also take pictures for later use.

Any self respecting spy will need such a device when it’s time to go undercover. The tie has a hidden color camera with audio recording that allows you to film anything you see. A great tool to have fun with, but remember to charge the device before leaving home. The tie has an integrated battery pack, that allows you to record for a few hours before you will need a recharge.

It might seem the stuff of science fiction, but I assure you it is not. Even kids toys how have this capability, so a drone that can film you and stream the video to someone might be lurking around any time. In the near future we will see smaller and smaller devices that can accomplish this task. The Robo-fly is a project that tries to produce a tiny drone, no larger than an ordinary fly that can shoot video in mid flight. The purpose of such technology can be for search and rescue missions, but you can easily see the appeal they might have to spies. 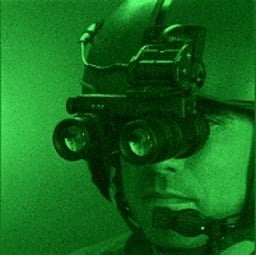 The stuff I have dreamed of since childhood. Those night vision goggles that all the spies had were amazing. Nowadays there are lots of such devices available for anyone to buy. A definite must-have for any training spy.

Bugs are nothing new, you see them in all the spy movies. Tiny microphones placed in the walls, in lamps or even in telephones that transmit live to anyone who is listening. These are now available for anyone to buy and play with. A first step in becoming 007 is to master the art of bugging your target. 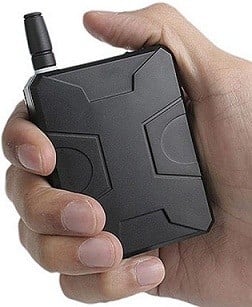 Cell Phone jammers are not by any means new gadgets. Although their size has gotten down in the last years, they can now be fitted in your pocket. As a spy, you will often need to stop others from transmitting information, and here is where the High Power Portable Jammer kicks in. This little device will help you jam every phone near you (up to 20 meters).

A tool used in all the police and spy movies is the GPS receiver. You remember the little black box that they put under the suspect’s car and watch his every move. The UltimateTRAK GPRS Realtime can help you track anyone. The GPS Tracker transmits real life position every 15 seconds and you can monitor the location on any device. The location is being displayed on a very detailed map, provided by Google and Microsoft.

The safety of a spy in ensured by some pretty cool gear. For personal protection or for protecting their data, the spy is always ready.  A great example of such a device is the Bulletproof Body Armor Clipboard which can help you escape enemy fire when your cover has been compromised.

Also, another cool item is the Hollow Spy Coin, in which you can safely store a SD card or a secret message and the enemy would be none the wiser. 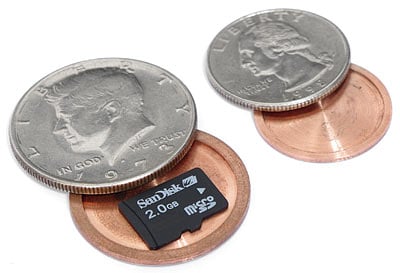 A spy needs to grow eyes on the back of his head. But until they master that skill, the Rear View Spy Sunglasses will lend a helping hand. The inside of the lens is coated so that it is highly reflective, making it a perfect mirror. While wearing these glasses, a spy can see anything that is going on behind his back. 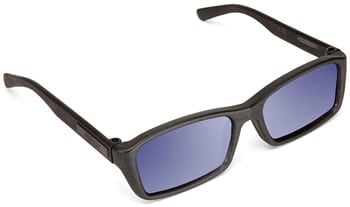 As you have the ability to plant bugs in the homes and offices of your targets, they can do the same to you. That is why a spy must sweep his home regularly for hidden bugs or recording devices.

An Audio Jammer is always needed for when you need to have a private conversation. This gadget can knock out any microphone in the room and keep your conversations private. The SWEEPER is another great piece of kit for any spy. This little baby can catch any covert surveillance device hidden in a room, be it a camera or a microphone.

For a more thorough sweep, the EXTREME BUG DETECTION KIT is the way to go. it might not have the slim dimensions of the others, but it can sweep a room clean of every possible bug. It can scan a full range of frequencies and tell you exactly if you are being watched. This is the gear professionals use, and something that should not be overlooked by any spy.

Because cameras have gotten so tiny, they can be fitted virtually anywhere. From wall clocks to fire smoke sensors. Any item in your house now has the potential to be spying on you. So be careful and sweep your house regularly.

Now you are all set to become the spy you always wanted. Be careful to delete your browsing history and check your computer for keyloggers after reading this, you can never know who might be listening.

Was this article helpful?
YesNo
TechPP is supported by our audience. We may earn affiliate commissions from buying links on this site.
Read Next
Why do tech reviews take so much time?
#Gadgets