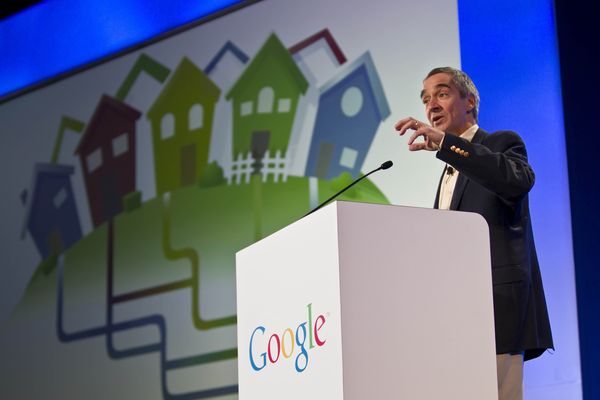 Google has announced the Google Fiber project more than two years ago, in February 2010. Today is the moment when the efforts behind this project are becoming reality, as they’re launching their very first fiber optic network in Kansas City. With this launch, Google wants to deliver bi-directional connectivity speeds as much as 1 Gigabit per second!

The huge speed that Google Fiber wants to bring to its first community is 100 times faster than what the majority of Americans currently have, which is roughly about 4 Megabits per second. The official reason behind this project? Google says they are curious to see what might people do with a 1Gbps connection. This curiousity will cost them anywhere from $60 million to $1.6 billion. But we know Google isn’t exactly a poor company, they’ve acquired a behemoth company like Motorola mainly for its treasure of patents.

Even if money is not a problem for Google, it’s hard to believe they’re doing this project pro bono, it’s just not in the business spirit. We all know that TV viewers leave traditional television for Internet and that the online has become the place where more and more things happen, where the attention is focused. But in the same time, we know that our homes are becoming smarter day by day, thus creating the need for a digital life.

Google knows all that. There have been indications that Google wants to mix the Internet experience with the TV one even more. This 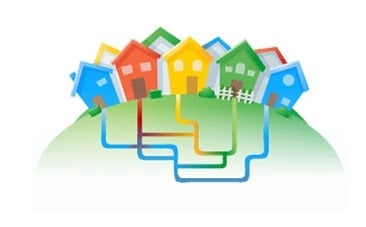 means they might come up with an even more attractive Google TV package so that customers would ditch their current cable subscriptions. After all, what could one do with a 1Gbps connection?

GigaOM found a city in US where there’s already a 1Gbps connection, but the results of its implementation are not quite satisfying. They lack adoption, equipment and the price is high. If Google manages to fix these issues, Google Fiber is bound to be a huge success. An obvious reason for such a speedy connectivity is the Internet, the Smart TV, but is that all? Here are some more major advantages and uses that could come out of the successful implementation of Google Fiber:

Is Google trying to enter the TV cable business or the ISP one? But clearly, Internet Service Providers are worried, as we’ve found out that, earlier this month, Time Warner Cable spread flyers asking people in Kansas City to share “tips, rumors and rumblings about Google construction or launch activity“. It seems that Time Warner is worried so much about Google’s intention with its Google Fiber network that they are ready to pay money to find more inside information. Now these are desperate measures and they have a good reason for that – we’re talking about the giant Google here.

Here are some interesting Q&A with the team behind Google Fiber.

Q: Can you give a quick explanation about how Google Fiber will work?
A: Sure. Here’s a basic diagram of our network. As you can see, we’ll be routing fiber connection into Kansas City, KS and Kansas City, MO through several equipment aggregator huts, aka “Google Fiber Huts.” From the Google Fiber Huts, the fiber cables will travel along utility poles into neighborhoods and homes. The benefit of this model is simple: every home that has Google Fiber service will have their very own fiber-optic cable that directly connects all the way back to the Internet backbone.

If important changes arrive after Google’s announcement, we will be sure to follow up here with them.

Was this article helpful?
YesNo
TechPP is supported by our audience. We may earn affiliate commissions from buying links on this site.
Read Next
20+ Best Google Doodle Games You Should Play [in 2023]
#google #internet speed