For many of us, Casio represents a company specialized in making watches. That’s why I was a bit surprised when I discovered this awesome product that they’ve just announced in Japan – a tablet that’s capable of capturing everything that’s penned down on its notepad cover. This is not a concept, as the products appear, for now, on the Japanese website of Casio. 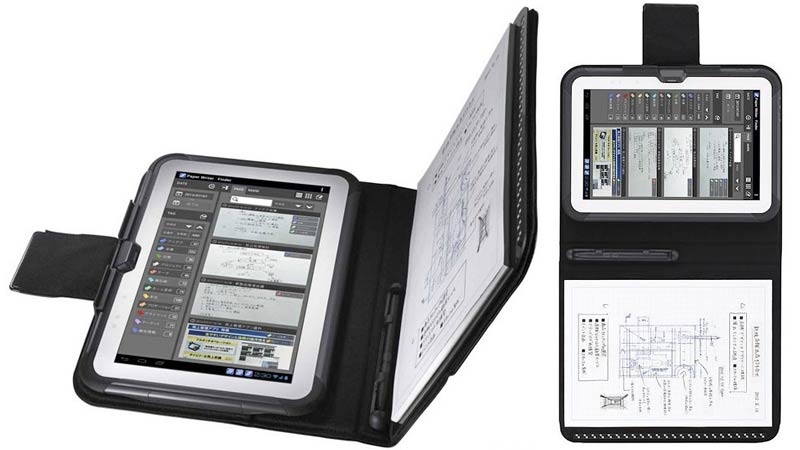 Using Google Translate, we discover that there are 2 tablets with the same ability of combining the past and the new. With these 2 tablets, Casio fills a gap in the market. We’ve been struggling for a while to answer the question – “do I need a stylus for my tablet?” precisely because we’re looking for increased productivity. Sure, such products as the Galaxy Note are great and quite versatile, but it seems that nothing can beat the pleasure of good ol’ paper writing.

This type of tablets are bound to be successful; just think how much this could ease the job of journalists, students, public speakers and so on. While Google tries to impress the world and fight Apple with its Nexus 7, trying to bring new sizes in the tablet market, smaller players like Casio innovate and deliver products that seem pretty impressive.

Casio isn’t making only watches, as I wrongly assumed. Actually, Casio is credited of having built the world’s first entirely electric compact calculator. Now I remember that my first calculator that I had at school was Casio. Besides these products, Casio is also known in Japan for its digital cameras. But going from these products to tablets is quite a jump, indeed.

The engineer at Casio knew that releasing a tablet with unpretending features and specs will not win the heart of customers. The ability to capture what’s written on the paper notepad might be impressive, but without other awe-inspiring qualities, it just couldn’t pretend to capture some market share. That’s why, for the features that it has, these 2 new tablets from Casio deserve all the attention they can get:

There is no word yet on the pricing of these crafty slates, but they might be released as soon as September, this year. Looking at the picture above, it kind of looks similar to Microsoft’s Courier tablet that never saw the sunlight. Let’s hope that Surface will not have the same fate. Would you bet your money on these tablets from Courier or you’ll wait for another new iPad?

[via] Casio Japan
Was this article helpful?
YesNo
TechPP is supported by our audience. We may earn affiliate commissions from buying links on this site.
#tablets