3D Printed Houses Might be Closer Than You Thought 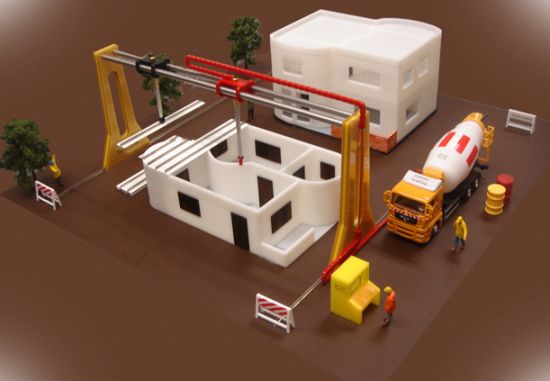 3D printing seems to be the latest “ultra cool” movement in technology. Ever since I heard about 3D printing (I only knew about small 3D printers), I began to imagine how would the world look like if 3D printing will become such a common procedure like paper printing. A world full of home-made toys, utensils, dishes and God knows what else. But, what if, 3D printing could be that cool as to solve the issue of shelter across the world, what if there could be a feasible solution to 3D print houses?

Such was the idea of ContourCrafting, whose CEO had a very insightful TED talk this year (video below). Professor Behrokh Khoshnevis, from the University of Southern California is the man behind this awesome concept. In plain English, he wants to build a 3D printer that would be able of building a house in less than one day, in 20 hours!

3D printed homes for everybody

This huge 3D home builder will create the entire building, from the foundation, floor, walls, ceiling and even plumbing and more advanced stuff such as electrical wiring! At beginning, I thought it could only build the main block of the building, but apparently this 3D printer from ContourCrafting is far more crafted than that! It would build the house in such a way that you’d only need to put the windows and the doors in the cutouts that have been left by the huge construction robot.

Maybe you wouldn’t like living in such a home built by a gigantic 3D printer, but think about almost 1 billion people that literally don’t have a stable shelter. Do you think they’ll think twice before moving in? This is the immediate and most urgent use for 3D printed home, but I can imagine that for the rest of us, or those that have money, being able to print your own house in less than one day would be really something.

Right form the beginning I asked myself: how are they going to build big buildings, with hundred of flats? How are they going to achieve that? The CountourCrafting guys have created the model of a 3D printer capable of building even that! And something that really 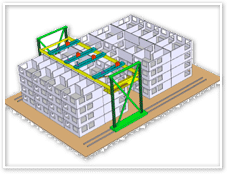 surprised me was some sort of a 3D printer that was capable of climbing as soon as he finished printing a level!

It seems that this impressive technology is also capable of building more advanced buildings, with advanced designs. By using a perfectly calculated geometry and strong material, these house-building 3D printers can even replicate historic or very advanced buildings. How cool is that!

Sounds great on paper, but in reality…

Behrokh Khosnevis says that this technology will prove to be far more secure and safe than current construction methods are. He says that 10,000 workers die per year in USA alone and 400,000 more get injured during construction. 3D construction printers would eliminate that and also decrease a lot the time needed to build a house. But there are a few drawbacks that we can’t ignore, especially not in this moment.

Imagine how many jobs would get lost if this technology were to become mainstream. I have always supported a civilization that’s relying on technology, thus being more automated than manually run, but right now, this kind of technology is simply impossible. I can see a few houses being built using this concept, but it will not gain mass appeal because the government needs to keep the 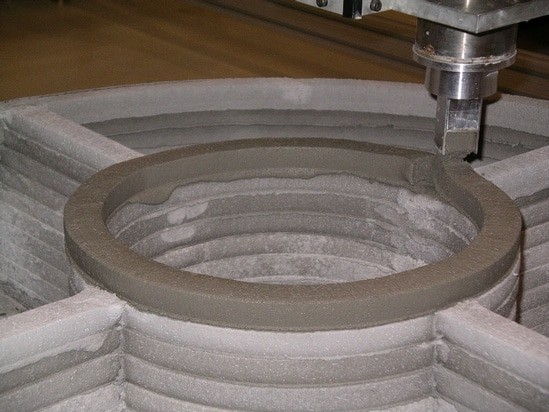 population employed. But, then again, the same thing happened when the Industrial Revolution began.

People were afraid that they were going to lose their jobs because technological devices were there to take tasks from humans. But we look behind and we can clearly see that humanity found a place for everybody. So, this would be an issue for the moment, but I can imagine that by 2050 or so, 3D printed homes will not be just a “cool concept” but rather something ordinary. The appearance of the Web didn’t kill jobs, it changed the world; 3D printing won’t kill construction, it will reshape it.

This technology is so exciting that I want to be able to be a part of it, I want to see 3D printed houses around me and people living in them. I want to see huge 3D printers outside towns, building from the ground homes for everybody. And I get even more hotheaded when I start imagining that we could use this technology to build houses on other planets, starting with the Moon, for example! We live in exciting times.