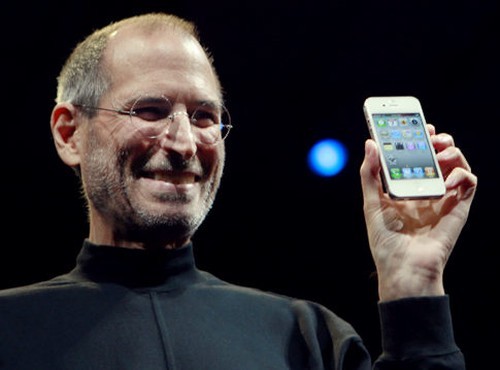 After thorough research and examination, Apple finalized the use of a 3.5 inch touchscreen in the iPhone and iPod Touch because, it is the perfect diagonal size which lets either thumbs reach every corner of the screen while you are holding the device in your hands.

Apple, more importantly Steve Jobs, has always been very critical about the bigger screen sizes on other devices. Steve Jobs has often stated,

“3.5 inch handset size is the “sweet spot” for mobile phone design; big enough to produce detailed, legible graphics, but small enough to fit comfortably in the hand and pocket.”

Not that he was wrong, but the market has responded differently.

Manufacturers Verdict: Large Screens Are ‘IN’

Meanwhile, after the success of the original Galaxy S, Samsung released all the high-end smartphones with screen sizes larger than 3.5 inch. All the successors of Galaxy S had bigger screen than the predecessors, starting from 4 inches to 4.8 inches. Other manufacturers such as HTC, Motorola, LG and Sony also started manufacturing smartphones with screen sizes larger than 3.5 inches. Motorola was in fact the first to ship a 4.3 inch Android smartphone with the Droid X.

Samsung has sold around 60 million units of Samsung Galaxy S, Galaxy S2 and Galaxy S3 combined, and more than 9 million Galaxy Notes. After the surprising success of 5.3 inch Galaxy Note, there are rumours that Samsung plans to release its successor, Galaxy Note 2 with a 5.5 inch screen. While these maybe the most evident numbers available at disposal. The sales of other large screen phones should equally be significant. It is clear now that large screens are popular among consumers, despite their ergonomic draw backs. Let us have a look at the numbers now. This chart from AppBrain shows the top 20 Android phones according to their current market share. If you closely observe, except for three phones, all others have screens bigger than 3.5 inches in size. This proves that consumers love large screens (above 3.5 inches).

The Big Screened iPhone is Coming 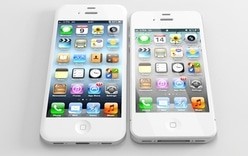 If rumours are proven right, Apple is planning to release a 4 inch iPhone 5 (or whatever it’ll be named) this September, due to popular demand from consumers for a screen size larger than 3.5 inches. This goes on to prove that although Steve Jobs was right about 3.5 inches being the perfect size, people increasingly love phones with larger screen. Many iPhone enthusiasts had expressed their disappointment over iPhone 4S not featuring a larger screen, this despite several fake videos and pictures featuring a 4”screen. It will be interesting to see if Apple breaks past the late Steve Jobs beliefs and goes ahead in bringing out an iPhone with bigger screen. For now, it’s Apple vs the world in the debate over screen sizes.

The iPhone has long been idealized as being the perfect smartphone. Its design aesthetics as well as operating system and applications have made it the king of smartphones. But the rise of Android and Samsung has changed the definition of what a good smartphone is. Screen resolutions are no longer about ergonomic or aesthetic functionality, but about providing crystal clear visual experience. Steve Jobs may not have approved of Apple’s rumoured foray into bigger screen phones and small screen tablets, but the world seems itching for the iPhone 5 with larger screen than the previous versions.

This was a guest post by Sitakanta who is running Mysmartprice.com, a mobile and price comparison engine for books and mobile phones.

Was this article helpful?
YesNo
TechPP is supported by our audience. We may earn affiliate commissions from buying links on this site.
Read Next
With Football Manager 2023 Touch, Apple Arcade finally has its “killer ...
#apple #guest blog #samsung #Steve Jobs