Berlin has proved to be a place of many surprises through the years, but this time, at the annual IFA conference, Samsung unveiled an ice-breaking product: the Samsung Galaxy Camera. Codenamed EK-GC100, this is the first camera powered by Android and produced by Samsung, not long after Nikon introduced the CoolPix S800c with the same mobile platform.

As it was expected, Samsung took the plunge into the smart cameras segment, by introducing a product handled by Android 4.1 Jelly Bean, just like the latest smartphones out there. It seems that conventional digital cameras have lost their purpose and product makers are gently pushing towards a mobile, more cross-platform-friendly environment. 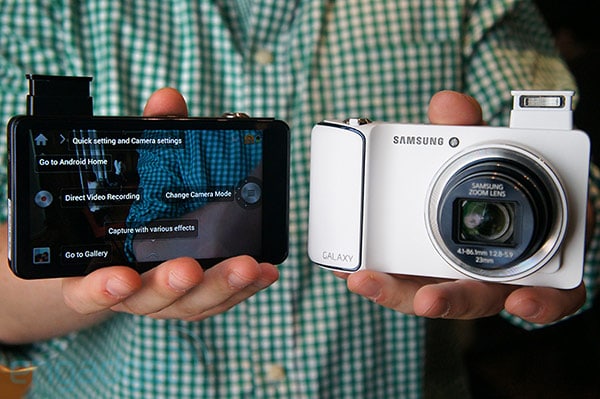 The EK-GC100 comes with a powerful 16-megapixel CMOS sensor which can provide a wonderful 21x zoom using stylish, retractable lens. The viewing area is a big bonus compared with standard competitors, the Galaxy Camera offering a 4.8-inc wide scLCD display which can render content at a 720p (HD) resolution and with a staggering 308 PPI pixel density (a tad more than Apple’s Retina standard).

Besides the Android 4.1 platform mentioned above, a feature which most advanced phones do not possess, Samsung’s new toy gathers its strengths from an Exynos quad-core SoC chip clocked at 1.4GHz. The device also possess a Wi-Fi antenna, alongside more conventional options such as 3G and 4G wireless networks. Being compliant with regular cellular standards means that the camera will accommodate a microSIM card and owners will have the possibility using data plans.

The wide display will offer plenty hours of life (up to seven actually) thanks to the 1650 mAh battery, but unfortunately Samsung only implemented ways of adding microSD cards onto the device and not a regular SD slot. 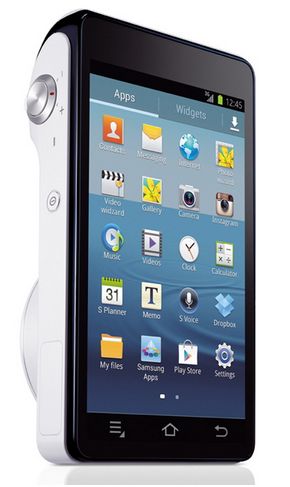 Leaving technical specifications aside, here’s what the Galaxy Camera can do:

Although most of the controlling actions are made using the touchscreen display, there are still some hardware buttons on the top of the camera, such as flash-release, power button, zoom toggle and shutter released.

The general aspect is kept pretty clean but when comparing the smart camera with old-school competitors the model is found a bit bulky, which may hurt sales a bit. Of course, the on-top flash is retractable but the side battery and the lens room covers a bit more ground than we’re used to.

The Galaxy Camera is expected to properly be released in October this year for an unknown price, and should be available from carriers, just like with any other Android-powered device. Of course, camera retailers will also great it.

[Via] Engadget
Was this article helpful?
YesNo
TechPP is supported by our audience. We may earn affiliate commissions from buying links on this site.
Read Next
MIUI’s Erase Object vs Pixel’s Magic Eraser and Samsung’s O...
#camera #samsung