As you all know, Microsoft, the well known software developer and world leader in Operating Systems, offers users solutions for servers in the form of the dedicated OS called Windows Server. A few months back, when Microsoft unveiled Windows 8, we also saw the server version of this OS, Windows 8 Server.

Although Microsoft offers very useful tools for server management, their products sometimes cost quite a lot, and therefore, administrators are looking for cheaper solutions to run their servers. These alternatives are open source operating systems designed for servers and they are free or cost less than a Windows based server OS, thus, making them a very profitable solution.

The world’s best known open source software (although not a server OS) is the already well known Android OS. The Android OS has its roots the Linux OS and it’s free for anyone to download and install or develop other versions (we know these as custom ROMs).

What is a open source server OS? 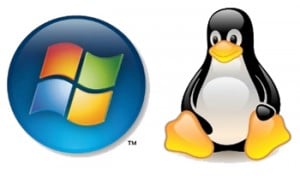 These open source operating systems are used by network administrators for small businesses with a low number of connected computers or for home networks. They can act as network gateways, printing servers or network monitoring or for file sharing and streaming and many more.

Linux is a well known name when it comes to servers. There are thousands of servers worldwide running Linux/Apache OS and it’s probably the biggest developer of open source alternatives for Windows OS. However, the Linux server OS is not free, but its cost is much more acceptable and it comes with many advantages, like less downtime, higher security and much higher level of stability.

Linux has given us over the years plenty open source operating systems, and we have all saw how good they are, and the server software is based on those Unix operating systems, therefore bringing with them the same advantages. I mentioned this because almost all the other open source alternatives for Windows Server are based on the Linux OS or some Linux distribution.

Zentyal offers users a great way to keep their servers running as cheap as possible. Being able to give administrators the possibility to connect multiple offices together very easy and access the information stored in the central server from anywhere and from any device linked to the Internet. Also, the system is very simple to use from the moment when you decide to buy it. The wizard helps you to select the Zentyal version you need until the last click of the installation process. So, even if you are newcomer and you have a small business, or someone who has hundreds of clients and more than one office, Zentyal is a great way to go.

For average users who want to have all their data centralized and share or stream multimedia files to their entire network, Amahi Home Server is the perfect way to do so. You can transform one central computer into a powerful server that hold all your data and gives you access to it at any time. A easy to use OS with lots of features and apps that can be installed to make it even easier to use makes Amahi Home Server one of the best open source alternatives for Windows Server. Keep in mind that Amahi is not a standalone OS, but runs on top of an existing Linux OS.

Apache needs no introduction, because it’s one of the world’s best known alternativer for Windows servers. Entirely written in Java, Apache Directory is one of the best open source alternatives for Windows Server and even more, it’s free to use. The binary installer can be downloaded for free for Windows, Mac or Linux from their website. This gives system administrators a great environment for monitoring a small network and accomplish all the tasks that a Windows based server could.

ClearOS has its roots in the CentOS server operating system and thanks to its strong foundation, it’s regarded as one of the best open source alternatives for Windows Server. This server OS is developed by ClarkConnect and from its list of features we give you a few, directly from the developer’s website:

SME Server has been built on top of CentOS, a great open source server OS that features lots of great tools and excellent performance. And because of this, SME Server, as you can imagine, also gives users an impressive toolbox of features and the well known stability and advantages that all Linux/Unix servers have.

SME Server is perfect for file sharing, printer sharing email and network gateways and firewall protection for your network. It’s designed to very easy to use and to drive down the cost of your server, eliminating the need to buy a costly Windows Server OS. 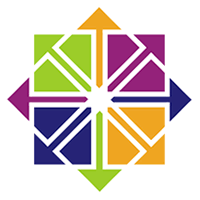 CentOS offers users an impressive array of tools that system administrators can use to monitor all the stations connected to the network, and much more. The OS is free for anyone to use and it has been developed on top of the Linux RedHat Server OS.

The installation process is very simple and because of its base in Linux software, it needs less maintenance than a Windows Server would need. The product is developed to help small businesses but it can also work on a home network that uses file sharing, media streaming and more computers connected to one network.

Also, CentOS offers support for email gateways and can be easily upgraded. The developers offer support and updates for each version of CentOS for 10 years after the release.

How to Set Default Email App on Windows 11
Read Next

How to Enable Support and Open HEIF and HEVC Files on…
The Best Media Server Software to Try in 2022
How to Add Bots to a Discord Server [Guide]
Top 10 Useful Discord Bots to Manage Your Server in 2022
DNS Guide: Why and How to Change DNS Server
Best Plex Plugins and How to Sideload them on your Server