While the upper sector is being overtaken by the Amazon’s newest LTE tablet, the Galaxy Note 10.1, the new iPad (and possibly a future model), and a wide collection of Windows 8-running slates, the lower sector of presumably media-targeted devices has been proclaimed by three companies: Amazon, Samsung, and the newer-entry Google. Each one has a model worthy of claims, but what’s the best bet you can take right know? And who would win in a Nexus 7 vs. Kindle Fire HD vs. Galaxy Tab 2 match?

The decision will be taken by analyzing the most important aspects of these three devices, not only their technical configuration and the renown of their vendors. Each detail counts and with every valuable feature, the tablet will approach the winning title.

All of these three tablets, the Nexus 7, the brand new Kindle Fire HD and the seasoned Galaxy Tab 2 have placed a monopole on the 7-inch sector. Although other competitors exist, like Huawei’s MediaPad Lite slate, they will represent a small portion of sales as a result of a low interest. The battle is taken by three large companies, each one with a huge advantage: Amazon with the biggest history in media consumption, Samsung with a seasoned team and experience in selling eye catching devices and Google, with the biggest place for marketing and exclusive OS possibilities. 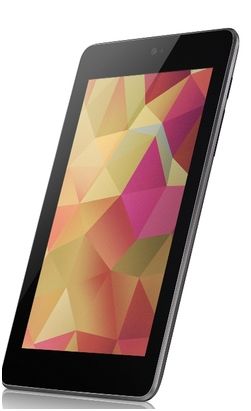 Beginning with the Nexus 7, Google has managed to produce a device with over 9 hours of video playback and a small charging time, while offering a nice viewing experience. It comes with full access for Google Play and had the advantage of being the first device with Android 4.1 Jelly Bean. The latest version of Google’s mobile OS comes with improved Face Unlock functionality, increased speed and of course, Google Now (a good response to Apple’s Siri).

But besides all this glamour and Google’s untouched mark, the Nexus 7 is just a tablet to be placed inside the Nexus line-up. It holds no specific features that another Android tablet has, besides those brought by the fresh OS, the price and of course, the technical specifications. Moreover, it has some minuses which cannot be overlooked.

The Nexus 7 fails by availability (it can be purchased only in US, UK, Canada and Australia, the same countries where Google Play’s goodies are working), it has no tablet exclusive apps, a very low storage space and no cellular connectivity. Also, it cannot render .mkv files, not even .afi, which is a must have for any video enthusiast (Huawei’s MediaPad can).

Taking a peak on Samsung’s camp, the Galaxy Tab 2 P3100 comes with a range of Hubs for music, videos and books, which although has a pretty impressive potential, it offers a small range of titles presently and a low country availability. The slate has an S Suggest service which recommends apps based on past downloads and the user behavior, which is pretty neat.

Being the seasoned player in most things with a display on it, Samsung has paired the Galaxy Tab 2 with functionality across most platforms, such as smartphones, smart TVs, laptops, thanks to AllShare Play. This feature allows movies to be pushed onto any Samsung-made device and to be watched on a larger screen. The vendor also included over 20 applications pre-installed on the tablet, which should be added on an opt-in basis, not using brute force.

Last but not least, the newest competitor comes from Amazon’s side. The Kindle Fire HD comes with a 7-inch wide screen, dual-driver stereo speakers and the fastest Wi-Fi connection of any tablet. Vendors report that using the Dual Antenna with Dual Bands, the slate has obtained 40% faster download speeds than Apple’s latest iPad, which is surely something to brag with.

Kindle Fire HD has access to Amazon’s Prime program, which will offer unlimited video streaming and library books fro $79/year. When it comes to apps, Amazon is no Google Play but the most important programs are already included and besides them, a nice collection of music and other media content can be accessed. Moreover, every piece of content purchased can be experienced on every platform owned, even on consoles.

Amazon’s Fire HD also has the X-Ray feature for movies and books, allowing the user to search for characters within a title and receive detailed information. Besides the immersive reading experience, owners will have access to free Skype video calls, a brand new parenting program called FreeTime and much more.

Battle of the looks: Design comparison 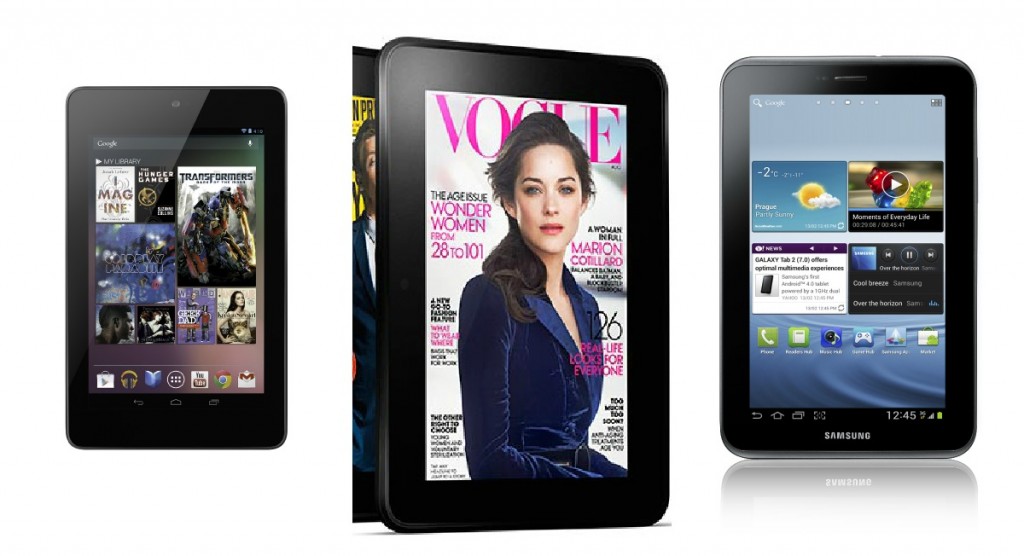 All models have a Candybar design with a 7-ish inch wide form with little to set them apart. The tallest of them is the Nexus 7 with a 7.81-inch length, 0.21-inch taller than the Kindle Fire HD and 19-inch taller than Samsung’s creation. All slates are about 0.4-inch thick and 4.8-inch wide, but the Kindle Fire HD breaks the rule by having a 5.4-inch wideness and also, by being the heaviest of them all.

When it comes to specs, the Nexus 7 has a more advanced OS, a bigger resolution, a more resistant display and a better battery. It also has the fastest processor, the best graphical unit but the smallest storage space, with 8GB officially and only 5.3GB actually usable. Here’s the rest:

Verdict: Which one should you buy?

This is a hard choice. The Galaxy Tab 2 loses by a mile because of its price and the fact that besides a few Samsung-proofed tweaks, it holds nothing to spark the interest and loses on most chapters (maybe the Student Edition with its accessories will impress more). The Nexus 7 is the most advanced device out of the three, this cannot be contradicted, but Android still has a lot to learn about tablet-specific applications and features.

Although the Kindle Fire HD also comes packed with Android, it has the advantage of being made by Amazon, a truly media freak. So if you want to constantly read books, watch movies and listen music, go for the Kindle. If advanced apps is your thing, the Nexus 7 is the winner.