How to Choose the Hard Drive for Your PC

When it comes to hard drives, the choice is much more easier. Basically, apart from a few tech specs, the only thing you are looking for in a HDD is size: the bigger, the better. The hard drive is the physical component that stores all your data, from OS to pics and music. All the information you have on your computer is stored on the HDD. You also have to be sure your HDD provides good 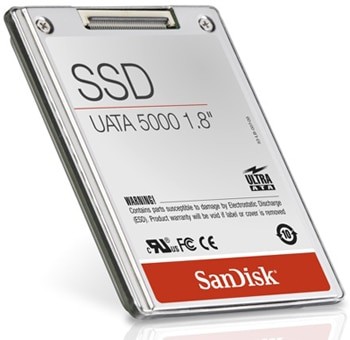 Hard drives are pretty simple to buy, you only need to know a few things about them and what the specs mean. They are much simple than, let’s say, a video card, or a motherboard, which have lots of specs that you have to take into consideration. However, follow our tips to be sure your choice will be as good as possible!

How to choose a hard drive

Interface (SATA, SATA II, SATA III) – The interface is the connection type that your HDD will use to connect to your motherboard. I have not included the old PATA drives because they are no longer in use. Nowadays, you will find that the vast majority of motherboards support SATA II and the newer models have SATA III. These have greater transfer speeds than older connection types: SATA II has a 1.5 GB/s transfer speed and SATA III has a 3 GB/s transfer speed, also the last revision of SATA III offers up to 6GB/s speeds.

Buffer – The buffer in a hard drive is practically a cache partition. This holds recently used information and fragments of information that is used often. This eliminates the need for the hard drive to search and read those fragments, thus making it faster. Today’s buffers range from 32MB and go to 64MB. When looking for a HDD, try to find one with a big buffer.

RPM – RPM, or Rotations per minute is the speed at which the disks in the hard drive rotate, the bigger the speed, the faster the hard drive is. The average speed of a HDD is 7200 RPM, but in some cases, it can drop to 5400 RPM (laptop hard drives usually use this speed) and some can go up to 10000 RPM (gaming hard drives).

Size – The most important factor in a hard drive is its size: the amount of data it can store. In the past, hard drives had small sizes, under 10 GB, but nowadays, the lowest you can find is 80 GB. In a typical PC, you will see the hard drive ranging from 120 GB and up to 1-2 TB (or even more, depending on the type of PC or what the user needs).

RAID – Redundant Arrays of Independent Disks are 2 or more hard drives connected together to make a machine faster or safer, depending on what it is needed for. Server administrators use RAID 1 or RAID 10 arrays for security, where the loss of 1 hard drive can cause the entire system to shut down. But others use RAID 0 for performance, where the information is split on two or more hard drives and accessed from all at once. In this case, the loss of one hard drive causes the entire system to fail. 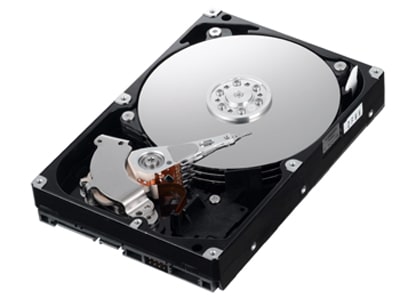 When choosing a HDD, keep in mind that not all hard drives are silent. They have mechanical parts that move, so they tend to make some noise (exception make SSD drives, which have no moving part). Also, the build quality differs from manufacturer to manufacturer, so do a little digging and ask your friends which hard drive manufacturer they think is the best. I’d go for Western Digital HDD’s, but I had some problems in the past with bad sectors, the most common problem in hard drives.

SSD – the hard drive of the future

Solid State Drives offer the best possible performance you can find. They have lightning fast speeds, but for those speeds you pay a lot extra. They also have much smaller sizes (in GB) and are usually found in 2.5” form factor. If you can afford an SSD to install your OS on it, then go right ahead. They vary in sizes from 32GB and up to 128 GB. Some even go as far as 1.2 TB, but they cost a fortune. For now, a simple 64GB SSD is more than enough for your OS and installed programs. You will see a great improvement on speed!

#Computer #how to guide

Hypervolt Go Review: A Portable Percussion Massage Gun for…
Need to choose a dish at a restaurant? Use Google Maps!
Five Ways to Declutter and Free Up Space on Google Drive
How to Read a Mac-formatted Drive on Windows
7 Google Drive Tips and Tricks to Enhance Productivity
[Review] Sandisk Ultra Dual Drive Luxe USB Type C:…