The new Android flagship has gotten a lot of attention since it has been released. More so, because in the last period a lot of new devices have surfaced, each better than the other. It would seem that Google is hard at work trying to bring down the Apple empire by producing devices that can compete with the Apple products, as we saw from our comparisons of the LG Nexus 4 vs. iPhone 5 vs. SGS3 or Nexus 10 vs 4th Gen iPad.

The choice of changing the Nexus manufacturer, from Samsung to LG has certainly surprised many and left them wondering if the company can pull it off. It would seem that LG has really stepped up and made a device worthy to be in the Nexus line. Let’s take a look at some of the most interesting reviews of the LG Nexus 4 device across the blogosphere and see how others feel about it.

Matthew Panzarino, The Next Web

But the jewel of Android 4.2 is absolutely Google Now, and its brilliance overshadows the still lacking aspects of the OS as a whole. If you doubted that Google Now was the future of Android, 4.2 should clear that up for you.

For a phone and an OS built for the cloud, I think it’s unacceptable to not offer a version that takes advantage of our fastest mobile networks.

The Nexus 4 is a device that tickles me on many levels — it’s got a class-leading spec sheet, it’s completely unlocked, and as far as devices sold without contracts go it’s pretty damned cheap. 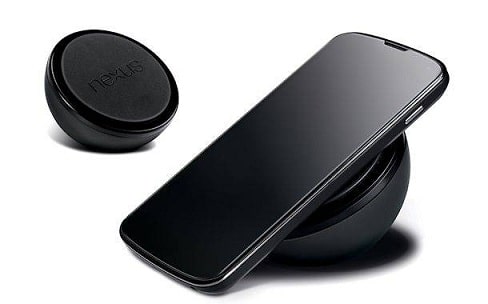 Android 4.2 is terrific. Google’s left the power and customization options in for the geeks, but it’s simple and intuitive enough that it will make a great first Android phone for many.

The Nexus 4 is one of the most elegant devices we’ve played with.

Although the LG Nexus 4 is the best Nexus device to date, having lots of cool features and significant upgrades, it still lacks some features and it still has some issues that need to be ironed out, but we can see that the Nexus line is on the right track. The next Nexus device will be even better than this one, and maybe Google will abandon the tradition and add some features that no other Nexus has had.

For now, we think that LG has done a marvelous job developing the new Nexus, and despite what our initial thoughts were, I encourage Google to keep in touch with LG and work together in the future as well. If you are wondering if you should buy it, I believe so, I know I would.

Was this article helpful?
YesNo
TechPP is supported by our audience. We may earn affiliate commissions from buying links on this site.
Read Next
How to Use Android Phone as Webcam for PC
#android #gadget review #lg nexus 4